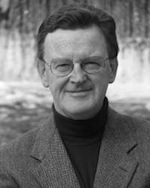 MARTIN, WILLIAM (1950- ). History and the sea are the subjects of the fiction of William Martin, contemporary novelist and screenwriter. Born in Cambridge, Massachusetts, and earning a B.A. from Harvard University (1972) and an M.F.A. from the University of Southern California (1976), Martin has spent much of his life on or near the coastal waters of Massachusetts. He is a member of an old Yankee family, and his work conveys a deep sense of the sea’s prominence in shaping New England history, character, and landscape.

Back Bay (1980), the author’s first novel, is a work of historical suspense that takes its title from a section of Boston built on a swamp in the nineteenth century to accommodate the newly wealthy merchant class. Told through the eyes of a contemporary history student, Martin’s story employs historical detection and marine archaeology to forge present-day links to the thieves, privateers, shipowners, and merchants of Boston’s maritime past. Cape Cod (1991), Martin’s fourth novel, turns to a theme of historical intrigue along New England’s outermost shoreline. Once again, the sea is a central element in the novel, against which Martin offers detailed views of Cape Cod’s history, waters, and environmental conflicts. From the landing of the Mayflower passengers, through the age of sail, and into the present era of whale-watching, the sea mirrors the constancy and change experienced by Cape Codders from one generation to the next.

In a more recent novel, Annapolis (1996), Martin moves away from New England but continues to dramatize life at and near the sea, chronicling the perfidies, tragedies, and ambitions that form the history of the nation’s naval institution and one of its prominent families. As with his earlier fictional work, Martin’s novel is not only about the sea and our relationship with it; it is about our relationship to history itself.