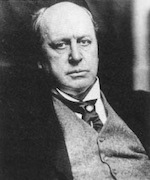 JAMES, HENRY (1843-1916). Henry James made nineteen Atlantic crossings and lived for much of his life in seacoast cities and villages. In his longer fiction, scenes near the English Channel in What Maisie Knew (1897) and in Venice in The Aspern Papers (1888) and The Wings of the Dove (1902, film adaptation 1997) are significant. In James’ tales, the sea figures importantly in “A Tragedy of Error” (1864), “A Landscape Painter” (1866), and “The Patagonia” (1888), a story modeled on the “ship of fools” concept and set aboard a steamer sailing from America to Europe. A volume of travel essays, Transatlantic Sketches (1875), was one of his earliest book publications. The sea is most remarkable in James’ writing as a metaphor for living.

James used sea language in his public and private writing in at least four ways: to represent threatening experiences and the uncertainty of life in general with words and images relating to, and representing, tempests, storms, floods, and shipwrecks; to console others by placing both the consoler and the consoled in the same dangerous or beneficial metaphorical situation, such as being lost at sea or sailing smoothly; to represent a pleasant experience in which one is immersed as if bathing; and to indicate movement through experience under one’s own power, as in rowing or captaining a vessel.

In the fiction, for instance, James represents protagonist Lambert Strether’s moral breakthrough in The Ambassadors (1903; adapted for television in 1977), during Strether’s final meeting with Marie de Vionnet, using recurrent water imagery. In The Awkward Age (1899), Nanda Brookenham is the novel’s “experienced mariner.” She exerts influence actively–though quietly–to reorganize the circumstances of her little society.

In critical essays James also employs the language of the sea to represent ideas of living. But now the experience in question is a dimension of the fiction. Like life itself, a good story, he writes in his essay “The New Novel” (1914), makes readers feel as if they were “launched” in a “boat.”

Overall, the language of the sea helps James in fiction and nonfiction to advance trivial and serious points having to do with human conduct and human relations. That one of his last letters, written on his deathbed, expresses his hope that he could “keep afloat” (4:784) suggests the fundamental significance of sea language to James.