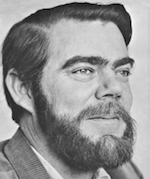 BURLAND, BRIAN [BERKELEY] (1931-2010). Born in Bermuda, educated in England and Canada, and living a good part of his life in the United States, Brian Burland has written several maritime novels. Son of a yacht builder, Burland went to sea when he was twelve aboard a vessel of the British merchant marine. He is perhaps best known for A Fall from Aloft (1968), part of his series of novels called “The Bermudians.”

James Berkeley, the main character of A Fall from Aloft, is a teenage boy who leaves Bermuda for school in England on a British freighter during World War II. The Empire United sails to Halifax, where it joins a large convoy to Great Britain, encountering an aggressive storm on the last leg of the trip. While living with the crew, James recalls his life in Bermuda. Burland relates the actions, tears, and thoughts of a teenage boy with empathy and candor, while demonstrating the callousness of war. Other novels in “The Bermudians” series include A Few Flowers for St. George (1969), Love Is a Durable Fire (1986), and Whatwanderwith (1987).

Surprise (1974) is about an accomplished black sailor named Surprise, who builds his own magnificent sloop and attempts to establish a free black colony on the Caribbean island of Barbuda. Surprise valiantly defends his settlement against the Royal Navy. Stephen Decatur, the Devil and the Endymion (1975) is a work of historical fiction centered on Commodore Stephen Decatur’s loss of the U.S. frigate President to the British on Long Island Sound in 1815. Burland also wrote the novels Undertow (1971),The Sailor and the Fox (1973), and The Flight of the Cavalier (1980). Burland includes poetry, shifting points of view and time, sexual undertones, and accurate historic settings in most of his writing.

This entry was posted in B and tagged 20th Century, Caribbean, Fiction, Poetry. Bookmark the permalink.