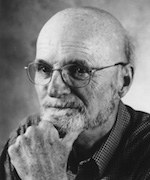 BARTH, JOHN [SUMMONS] (1930- ). There is a great deal of water in the fiction of John Barth, as one would expect of a writer who was born in Cambridge on the eastern shore of Maryland, was educated at Johns Hopkins University in Baltimore, and lived and taught on the shores of the Chesapeake and sailed its waters. From his first novel, The Floating Opera (1956), through the recent Once upon a Time: A Floating Opera (1994), rivers and seas, chiefly the great Chesapeake Bay as it divides Maryland, often furnish settings and catalysts for action. Large bodies of water also play vital roles in The Sot-Weed Factor (1960), Sabbatical: A Romance (1982), The Tidewater Tales: A Novel (1987), and The Last Voyage of Somebody the Sailor (1991). Although less central to the works, oceans, lakes, marshes, and other waters provide memorable settings in Lost in the Funhouse (1968), Chimera (1972), and LETTERS: A Novel(1979). His recent collection of essays and other nonfiction from 1984 to 1994, titled Further Fridays(1995), boasts a cover portrait of the author perched high in the rigging of a sailing craft. Like other elements in Barth fiction, watery settings commonly appear as much for their metaphorical significance as for their decorative function, no matter how convincing the latter may seem. The first novel, several short fictions in Lost in the Funhouse, and The Tidewater Tales exemplify the usages Barth makes of various waters.

The title The Floating Opera denotes the old showboat that provides the setting for the scene to which the novel builds and that emerges immediately as a metaphor for human life. Todd Andrews, the narrator, amplifies the showboat into a mirror of life–that is, a metaphor for the novel–as well as a mirror of the way life commonly works, one emphasizing the gaps in our perceptions of the world, the consequent relativity of our knowledge, and the role that imagination plays in filling the blanks.

Such gaps appear again in the note in a bottle that concludes the story “Water-Message” in Lost in the Funhouse, a note that seems to the boys in the tale to come from past their river and bay, in fact, from distant continents. Such blanks leave the protagonist, young Ambrose Mensch (meaning “Immortal Man”), a space in which to write the story of his life and are the gift that oceans and seas often provide in Barth’s fiction. They are a treasure that a number of his adult narrators, like the blocked author in the collection’s title story, most earnestly require. Such narrators and protagonists learn to look into the blank spaces that waters afford and use them, as Tiresias in “Echo” contemplates doing when he wonders whether the best way to involve one’s self with another may be to start with what is immediately at hand, that is, to become beguiled with the other through selfknowledge. With this sanguine view of narcissism, the mirroring, liberating, fecundating powers of water enter the awareness of Barth’s characters. As the poet-narrator of “Anonymiad” discovers, the sea has the power to fertilize us as though with our own seed. There are whole other worlds to be discovered by staring through the surface of water, not only the microscopic world through which the sperm of life travels in “Night-Sea Journey” but the vast, nobly narcissistic cosmos of human imagination that may require the mirror of open spaces if it is to flow free.

Already in The Sot-Weed Factor, Barth had allowed the great blanks in the Atlantic Ocean, the Chesapeake, and the history of Maryland to free his powers of invention when he created the remarkable encounters of Ebenezer Cooke. The creative gain of putting to sea Barth foregrounds in his more recent megafiction, The Tidewater Tales, by making the imaginative freedom of sailing the premise of the novel. While offering one of Earth’s finest sailing stories, this novel demonstrates the remarkable metaphorical powers that the seas and other waters bring to his fictions. by Julius Rowan Raper (2000)