UncategorizedDecember 15, 2016Comments Off on Chance the Rebel 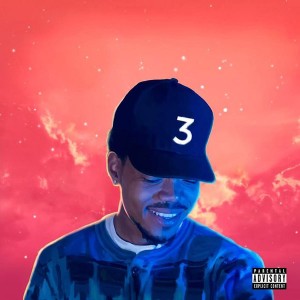 Grammy nominations and winners are widely debated and argued year after year. Someone is always left out and someone undeserving, so some believe, wins. Hundreds of experts review the nominations and a long, careful voting process takes place. The Grammy Award for Rap Album of the Year is presented to “honor artistic achievement, technical proficiency and overall excellence in the recording industry, without regard to album sales or chart position.” Previous winners have included Kendrick Lamar (2016), Drake (2013), Lil Wayne (2009), and many others who may or may not have been deserving. With the Grammy’s only a few months away and so many amazing albums being released this year, debates for which one is the best have already begun. Although the nomination committee claims it doesn’t regard alum sales as criteria, the album must be sold commercially through a record label to be nominated. With this being the case, there is one rapper who will never be nominated.

“I hear you gotta sell it to snatch the Grammy” states Chance the Rapper, the young and upcoming Chicago Southside native. Chance is defying the norm by passing out his music for free. In his new, highly-praised album, Coloring Book, Chance, in his own style, creates a masterpiece that rebels against what it means to be modern day rap. His wide use of gospel music throughout the album and joyful tone of voice do not sound anything like that of other rappers of this day (who just try to sound tough and “manly”). Having been downloaded by millions of people, it’s safe to say that his album was very successful. To understand why consumers fell in love with this new album by the Chicago rebel, we must look at three key elements: its rebellious nature, who he represents, and his musical style.

“I used to pass out music, I still pass out music”, he says in his last song of the album, “Blessings”. While most rappers must start off by giving out their music for free until they gain a following and get signed by a record label after proving themselves, Chance does not follow this pattern. He refuses to sign with a label. He passes out his music for free and won’t let people pay for it. Coloring Book was only available through the free streaming app “Apple Music” (free unless you want to upgrade to the premium version of course).

He rebels against the idea that the only way to make it in the music industry now-a-days is to sign with a record label. He successfully relies on word of mouth and social media to distribute his music. Even though multiple record labels have gone to him with offers he continues to deny them. He refuses to be controlled by someone other than himself. He does what no other rapper of this day does; he will not accept the help of a record label. Chance doesn’t believe you need a record label to be successful and he is proving it every day with his growing popularity.

Also, take notice at all three of his album covers. Starting with his first album/mixtape, 10 Day, he is looking up into the clouds, as if he was looking up into the music industry. Then fast forward to his second album, Acid Rap, and he is looking right at us; as if he was now in the industry and a part of it. Now finally look at the cover of Coloring Book. He is in the clouds, looking down. He is saying he is above everyone else in the industry, he is better, he is leading them.

Let’s listen to his first verse in his intro “All We Got”. He states “this is for the kids of the king of all kings/this is the holiest thing”. He is writing for our generation, the young kids. (Who, in the eyes of God, views everyone as his child). Although you don’t have to be religious he is simply stating he is writing for our generation (it probably does have more significance if you are though). Chance is only 23 but he is undoubtedly the most talented rapper of our generation. Being the most talented, he has become the leader of our generation in the genre of rap and hip-hop.

Let’s move forward to the 8th song in the album, “Angels”. In his first two lines, he sings, “I got my city doing front flips/ When every father, mayor, rapper jump ship”. Chance not only represents our generation as a total but he focuses in on the youth of Chicago, specifically the South Side. He has become a very involved advocate in helping to “clean up the streets, so my daughter can have somewhere to play” (He even won Chicago’s Outstanding Youth of the Year Award). His representation of the Chicago youth has gained him much respect from the community. Chance shows that there is hope; he is giving them a voice when everyone else “jump[ed] ship”. By being proud of his city and referring to the people as “Angles” he is showing the side of Chicago that we don’t normally see. His pride for the city makes him feel like their leader, “City so damn great, I feel like Alexand’”. He steps up to be a leader of people who are struggling when everyone else left them. If he can make it, so can they. He is encouraging them to not accept the conditions they are in but to fight back and improve their lives, to rebel, because “You don’t want no problem with me”. The people of Chicago are his “Angels”, surrounding him always.

His masterpiece, the single work of art that brings everything together: Coloring Book (so named because of the countless biblical references and gospel style). When thinking of rap or hip hop music, people tend to think of gang members rapping about drugs, drinking, and women (in the not so respectful way). The album not only rebels against these typical styles but goes one step further and introduces gospel music. This isn’t the first time someone has tried to do this. Kanye West started off inserting gospel in his earliest raps but as he progressed as a rapper he has skewed very far from his roots (you can hear it in The Life of Pablo). Chance, on the other hand, stays true to this spiritual and heavenly music from his earliest works, to his work on Surf, and now in Coloring Book.

First off, his voice and style of rap are very different from regular artists. While most rappers are aggressive (almost sounding angry), or mumble so much they are impossible to understand, Chance has a very joyful and light-hearted tone. He is, for the most part, happy and praising someone or something. While most rappers just care about beats and rap bad lines on top of them, Chance is very focused on his lyrics. He has a uniqueness of using many adlibs, including his signature “na na na” to start of many of his songs and verses. He preaches God, his family, and his community like no other rapper of this day does (having one song dedicated just to God, “How Great”). Just like chance sings, “we don’t do the same drugs no more” in “Same Drugs” (which is actually about growing up and no longer sharing the same interests as other special people in his life, not drugs), rap isn’t the same rap it used to be. His stylistic flow is much different than any other rapper. He is able to have fun and is able to fuse together a melodic flow with his regular rap flow that is pure genius and is something no one else can really do with such smoothness. 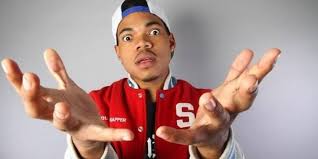 e brilliance of Chance the Rapper is the actual music. Gospel rap? Yes, that is what Chance does. He uses gospel. He includes old-school instruments like the saxophone, trumpet, string instruments, and even a choir. His jazzy, gospel hip hop album is something that is very rare in today’s music industry and something that is usually never this successful. He’s able to combine modern music with the past and blend it into something that sounds beautiful. With the release of Coloring Book, Chance has evolved rap and hip hop into something it has never been before.

So, one might ask how Chance the Rapper has gained such a big following. It is because people love change and deviating from the norm. They like to rebel against the norms that are put in place by the culture industry; it has become very appealing to them. According to the article Dark Age: Why Johnny Can’t Dissent by Thomas Frank, our society today has turned from “the clunking tailfin-and-ranch-house economy of the 1950s into a golden new hyper-consumerism”. Citizens are now considered consumers and buying/consuming objects releases some sort of existential feeling inside them. It is because of this that we can no longer refer to movies, TV shows, music etc. as “simple entertainment” but more like “economically crucial tools”, says Frank. We can no longer think of Coloring Book as just a mere album but something much more; it is a movement to deviate from what rap has become and rebel the standards that have been put in place by other rappers. It is because of this, that rebellion has become the official aesthetic of consumer society. Chance’s new album Coloring Book proves this is true by the widespread fame he has acquired from it.

In the book Contemporary Issues in Marketing and Consumer Behavior, author Elizabeth Parson poses the question “what if countercultural rebellion, rather than being a consequence of intensified consumption, were actually a contributing factor?” She goes on to state that “rebellion drives the consumer society”. This happens because people feel the need to compete with one another. They need to stand out from the sameness in society and rebel against conformity. While some rappers are all making the same garbage and mumbling their voices over some good beats (or bad ones), Chance 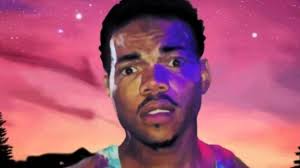 is rebelling against them and makes himself distinct in everything he does.

Chance is not inciting rebellion. He is the rebellion. Everything he does is against the mainstream norms of what it means to be a rapper in this day and age. He warns us too, if someone is going to try to stop him, “Its gon’ be some dread head n****s in the lobby”. Consumers are filled with “sameness” in their everyday lives. When something comes that rebels against the culture industry and mass art, people flock to it and consume it because consumerism is “no longer about ‘conformity’ but about ‘difference’” (Frank). By the way he raps, his style of music, how he represents the people as being a part of them, Chance is the difference people want to consume. His rebellious nature has become the new aesthetic of what people want to consume in a society filled with sameness.