Witchcraft: The Art of Remembering by Morgan McFarland

Morgan McFarlands’ “Witchcraft: The Art of Remembering,” depicts a time, long ago,  when women had total autonomy over their lives. McFarland starts the article by imploring her audience to remember witchcraft and women’s history in it:

There was a time when you were not a slave, remember that. You walked alone full of laughter, you bathed bare-bellied. You say you have lost all recollection of it, remember….You say there are no words to describe this time, you say it does not exist. But remember. Make an effort to remember. Or , failing that, invent. (41) 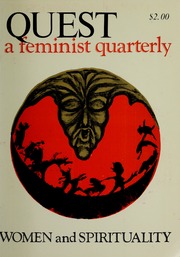 Here, McFarland constructs the core image of witches that radical feminists propagated during the Second Wave movement. The act of remembering emphasizes the notion that all women used to be witches, and that women were figures of authority in this long forgotten society. It isn’t until newly formed, patriarchal Christian religion becomes the norm that women lose their role as leaders and change bringers in this new society.  With this, witches are forced to exist in oblivion, and those who are allowed, join the Church. Still, the anxiety surrounding witches lingers, and “The Church Militant” (44) plunges the world into the Burning Times. The Burning Times not only heralded the
murder of thousands of the so-called witches bet 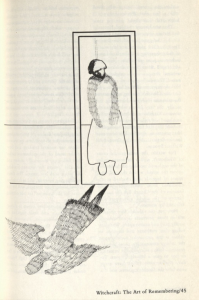 ween the fourteenth and sixteenth centuries, but to McFarland, also represented the rise of “homotechnocracy as patriarchy plundered and raped” (46) the Earth. Thus, the author associates both the devaluing of women in society and the destruction of the Earth as a direct consequence of “phallocentric values” (46). However, while feminism spreads, as McFarland notes, the power and influence of witchcraft begins to grow as well. While this article showcases the injustices that witches have had to endure throughout history, it is also an invitation to join such a community “that fosters spontaneity, creativity, excitement, and memory” (47), all of which were characteristics that women were prevented from cultivating. Therefore, McFarland reassures women that they can move through the world knowing that they once had a place in their own society, which will only remind them of why they need feminism in their lives.