Human Perfection in the Midst of Cannibalism

UncategorizedOctober 16, 2016Comments Off on Human Perfection in the Midst of Cannibalism

The land was gullied and eroded and barren. The bones of dead creatures sprawled in the washes. Middens of anonymous trash. Farmhouses in the fields scoured of their paint … all of it shadowless and without feature. A marsh where the dead reeds lay over the water. Beyond the edge of the fields the sullen haze hung over earth and sky alike. (McCarthy 177)

Lengthy descriptions such as these are frequent in Cormac McCarthy’s The Road, and comprise the majority of the novel’s content. So, in response to passages like this one, many readers are justifiably led astray to think of the work as simplistically hopeless and forlorn, and lacking in real depth or worth. One reader and online reviewer even summed up the book as follows: “A boy and his father travel south in a post-apocalyptic United States, then the father dies” (Sullivan). Despite what this summary suggests, I find that the novel actually strives, through somber description, to make us discover the vein of goodness that runs deep in its story. A tale riddled with desperate wandering and repulsive human acts, this books exposes the goodness in humanity that we, as humans in the modern world, attempt to rediscover, or even create, in our similarly troubled everyday lives.

The tale follows a father and son’s journey through the vast expanse of an unspecified, post-apocalyptic world. The man’s son is all he has left, and it is clear from the very onset of the novel that every action the father takes is for the betterment of his son’s life, character, and humanity.  McCarthy clearly portrays the man’s selfless objective through the father’s actions towards and teachings to his son. Although there are several instances in which the father demonstrates his deep desire to better his son’s life, the earliest instance of this occurs when the father finds a can of Coca Cola and hands it to his son. McCarthy writes this of the scene:

What is it, Papa?

The boy took the can. It’s bubbly, he said.

I want you to drink it.

He took the can and sipped it and handed it back. You drink it, he said. Let’s just sit here. 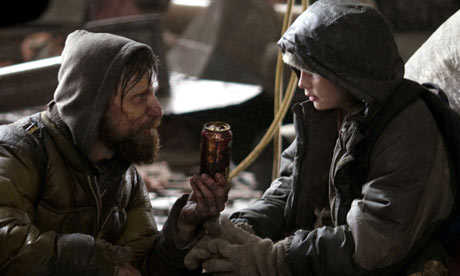 Acts of kindness such as these, all the more powerful and striking in the post-apocalyptic context of the novel, contrast distinctly with the cruelty of the greater world surrounding the main characters. Most importantly, they are difficult acts to demonstrate in the world is so different from the one the father knew. And although the son does already seem to possess some level of innate altruism, as seen by his returned generosity with the drink, and the father undoubtedly examples selfishness at times, I argue that the father maintains a continuous role of moral teacher by becoming responsible for the instillation of rationality, that I will further explain later.

Furthermore, it is important to note that throughout this entire work McCarthy writes the story and actions of unspecified characters; neither the boy nor the man are ever named. They are never described. They may easily be any and every man or child. Additionally, the story’s third-person voice makes moments in which, the author directly addresses the reader, in lieu of the father, especially clear. The multitude of instances where McCarthy breaks this fourth wall suggests the author’s aim to be a foil of sorts to the father, and, in this way, make the reader a parallel of the son. By then establishing this real relationship beyond the pages, McCarthy actually relays the father’s wisdom, as the fictional character does to his son, to the reader.  The reader becomes the recipient of the father’s moral lessons – at times even being substituted as the father – and it becomes clear that McCarthy’s true intent is to inspire readers to act selflessly even in the face of dire situations, and to desire that their children do as well.

One of the most important aspects to the father’s goal of instilling positive characteristics in the boy is reminding him that they “are the good guys” (McCarthy 67). Continuing the previous interpretation of subject ambiguity, good guys are to be taken as people who resist the loss of not only hope, but cultural/societal knowledge as well. The father portrays this when he alludes to the old world’s explicit customs, an event seldom seen, but in which there are distinct attempts to preserve old ways:

He’d carved the boy a flute from a piece of roadside cane and he took it from his coat and gave it to him. The boy took it wordlessly. After a while he fell back and after a while the man could hear him playing. A formless music for the age to come. Or perhaps the last music on earth called up from out of the ashes of its ruin. (McCarthy 77)

When the father passes on these ways of the past to his son, of how to make music, of playing card games, of not resorting to cannibalism no matter what, his son is made better and distinct from the “bad guys” for having learned and kept more of the past, suggesting the notion of “good” being retention of the past (McCarthy 67). McCarthy furthers this notion by utilizing comparison to the positive connotation of music – the high, soft notes of a flute – in a way that creates appreciation for the opportunity to carry a remnant of the past into “the [coming] age” (McCarthy 77). And it is when the boy’s music is thought to be the last that will ever exist, that the past is depicted as a ruin covered in ashes. By viewing the father and son as simple representations of necessary teaching and change across generations, this imparting and receiving of knowledge is indicative of the now commonplace role of family and schools, and their “wordless” exchange.  Although some readers may point out that the boy later throws away the flute, and thus the knowledge given to him, the actions of the boy do not alter the hope and necessity the father felt in providing the boy with the opportunity to preserve the knowledge of the past. The boy’s later action stuns the father, so it seems clear that it is neither expected nor wanted and actually supports the claim I make here – that McCarthy pleads us to find gratitude for the past and the envoys for its proliferation, if only because family and school keep beauty and human knowledge in our world. But those envoys do not do so alone.

The father has become their aid, taking on the role of both the family and the school, the singular entity that can provide his child with what he needs to be moral and human. Again, the notion of each character representing separate generations comes into play when interpreting this peculiarity, of dual roles that are split with fervor in today’s society. In this case, the past generation becomes responsible of assuring that the most essential of knowledge, the most important facets of humanity, are passed down into the new generation. This may be most explicitly stated in the symbolic “fire” of goodness that the boy imagines the father to be holding throughout the entire novel (McCarthy 129). It is only in the father’s dying breaths that the son takes the fire, by finally understanding its significance and true nature:

You have to carry the fire.

I dont know how to.

Is it real? The fire?

Where is it? I dont know where it is.

The boy has by this point associated the fire to whatever keeps them alive and “good”, from the father’s survival skills to his opposition to cannibalism, and in this moment those essential facets of being human are passed down. The father acknowledges s that he has given what he can, and he has brought his son closer to human greatness by ensuring the passing down. Ultimately, McCarthy tells the reader, “You, as what will become the past, are the most important factor in giving the next generation a head start towards human perfection.” 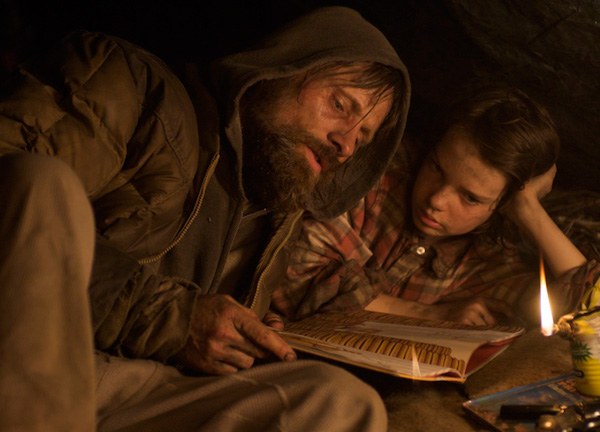 The “fire” inside the boy – the goodness, humanity, and knowledge within him – that the father keeps alive must be protected and fostered because it is what makes life worth living, especially in the toughest of times. When readers allow themselves to be receptive without criticality, the novel provides lessons of morality that lead us to an understanding of what offers a head-start on the path to universal human perfection. It is important to study great works of art, and especially great works of literature such as The Road, because they give you a head start on the path of human perfection without raising readers to the defensive. They help make you fit for a humane existence, and help you plan out a life worth living.