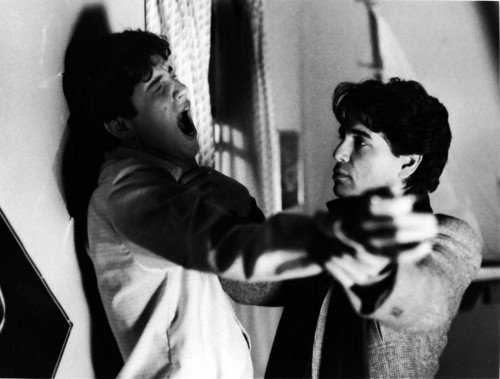 THE LONG INTRO IS HERE.

•THESIS #2: The Oedipus complex isn’t quite as stupid as you probably think it is.

Of course, there is a stupid version, the one-sentence rendering, the one that says that you want to sleep with your mother and kill your father. You can put that truncation to one side without much cost. But then there is a slightly less dumb version, which argues that almost every boy child is initially close to his mother, close to her body, at her breast, pressed up against the mother’s nakedness, forming some kind of primal emotional bond against which all others will subsequently be measured. And in this utterly common scenario, the father will usually figure in the child’s mind at some point as a rival, especially if the father sends out any kind of jealous vibe, which often happens, at least in subtle ways: You have to sleep in your own bed. Freud’s point is that this family triangle is a recipe for psychic trouble—and the best thing that could happen for a boy child is to learn to separate from the mother (at least physically and quasi-erotically) and identify with the father instead—and the cleaner the break and the cleaner the identification, the better. So maybe you think that still sounds goofy. But it won’t sound as goofy if you don’t make it a chamber drama with only three players. Maybe the Oedipus complex makes more sense as a general point about anxiety between generations. We could say that Freud is trying to describe the puzzlement and fear that boys feel when looking up at adult men, unsure how to measure up, unsure that they will ever measure up. Young men have to establish their masculinity in competition with older males and father figures. It doesn’t much matter, for our purposes, whether you buy any of this. Even if in your thinking life, you consider the Oedipus complex  just a twentieth-century psychosexual myth, the point is that Fright Night is trying to get you to experience it as compelling—to stage the myth in all its corny grandeur. The central conflict in this movie is as entertainingly overdrawn an example of the Oedipal scenario as you are ever going to find, as witness one more piece of evidence: The teenaged hero in the movie doesn’t have a father—he’s never even mentioned, not even as dead or absent—which creates a pristinely empty slot into which the vampire can slink. In Fright Night, Dracula simply is the father figure. And in this sense, the entire movie occupies—and wants you to share—the mental universe of a befuddled thirteen-year-old boy, psychotically lashing out against an older man whose cocksmanship he both dreads and envies. The vampire is the Oedipal nightmare father who wants all the women for himself—the Father of Enjoyment, some of the Freudians call him. This is hardly the most novel feature of Fright Night — rather more important is its outrageous specification, which we’ll get to next — but it is a step we won’t want to skip: The other name for the Byronic vampire seducer of Gothic fiction is “Dad.”

If you think you’ve got it bad
Try having Dracula for your dad
See how that looks on you!
—The Decemberists, “Dracula’s Daughter”
This entry was posted in Movies and tagged 1980s, Dracula, Freud, horror, sexuality, vampires. Bookmark the permalink.