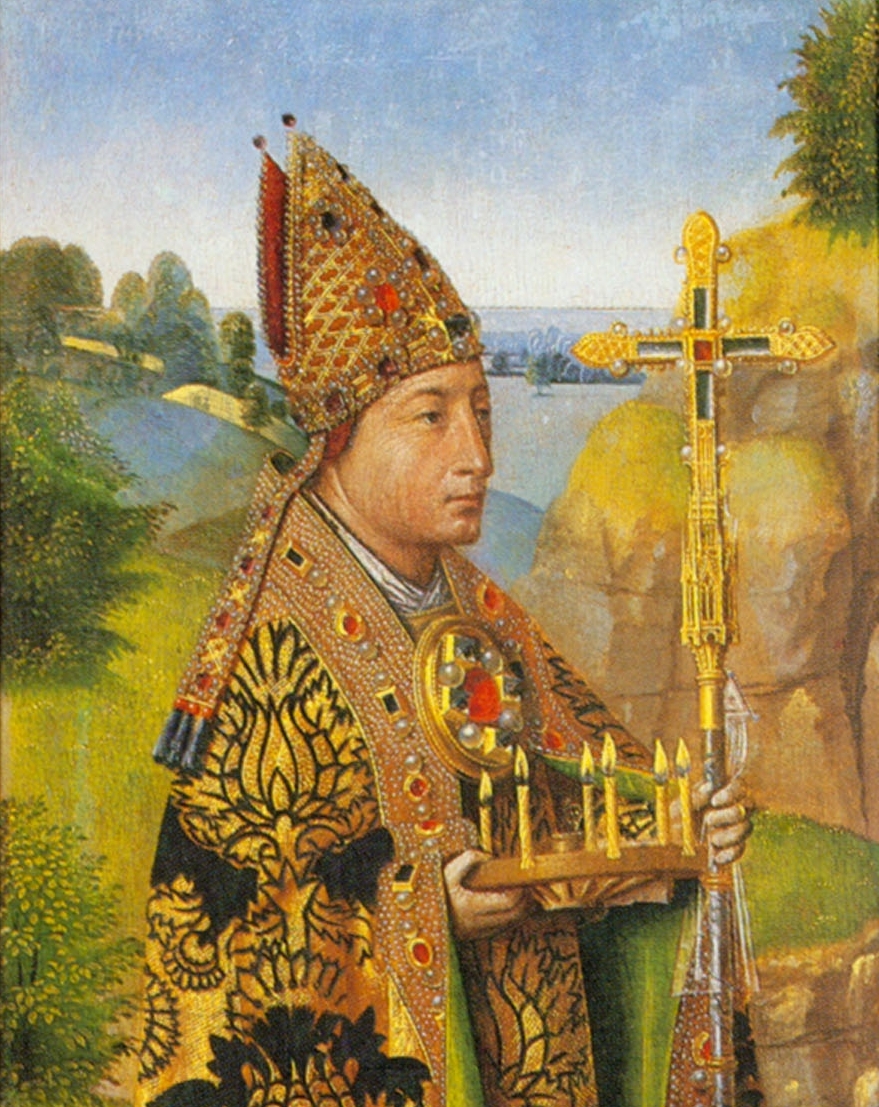 Master of the St. Lucy Legend.
Lamentation Triptych: Detail
with permission of
Museo Thyssen-Bornemisza, Madrid
St. Donatian, a Roman by birth, was the bishop of Rheims from 360 until his death in 390. His relics were translated to Bruges in 842 and became the prized possessions of the city’s church, which was then rededicated to him as the Sint Donaaskerk. As the patron saint of the city, he was honored with two high-ranking feast days: first and foremost, his natal celebration on 14 October, and his translation feast on 20 August.

Donatian is always shown wearing his bishop’s mitre and holding the bishop’s crosier, and is identified by his attribute, a wheel with five tapers. The reference is to the principal miracle of his life: he was swept away by the floodwaters of the Tiber, but the pope threw a carriage wheel into the river, which miraculously found the drowning saint who clung to it for three days before reaching safety.

For other representations of St. Donatian by artists active in the environs of Bruges, see: