Back in high school, one of my best friends on the football team was a white guy named Jack Jones. Jack and his family are, in all measurable terms, the perfect American family. Jack’s dad played football at Cornell, where he met Jack’s mom. He is now an electrical engineer in Portsmouth. Jack’s mom teaches at our high school as the chair of the music department where she often brings the family golden lab, Roscoe. Of his two siblings, the oldest is a football player at Lafayette College and the younger sister is a track star at Harvard. They live in a beautiful house with an American flag on the front porch, that they built in the suburbs of town.

The one feature that doesn’t quite fit the archetype of a perfect white family is Jack and his love of rap music. Whether it in be the locker room before football practices, in the library writing papers, or in the dining hall in between classes, Jack would be listening and often singing out loud to rappers like Ace Hood, Young Jeezy and Rick Ross. As his best friend, and a person who also listens to rap, I would sing along with him, providing the backdrop for our friendship. Due to our tight bond, I have often wondered if we would have been as close a set of friends if we had not both shared a love for this subgenre of rap. The next inquiry that thought led to is, why is Jack such a fan of those rappers?

To answer that question, we must first take a deeper look into the rappers of which he is so fond. For example, I’d like to examine Ace Hood, one of the artist we would listen to the most. One of his most popular songs, Hustle Hard, was played everyday before practice. The hook is, “Same old shit / just a different day / Out here tryna get it / each and every way / Momma need a house / Baby need some shoes / Times are getting hard / Guess what I’mma do / Hustle hustle, hustle hustle, hustle hustle, hard”. Most evident in the song is the hard times that Ace Hood had to go through while growing up before he became successful in the rap game. Throughout the song, there are also references of selling drugs, gun violence and theft. This rings true in other songs we liked to play such as Blowing Money Fast by Rick Ross and Put On by Jeezy. 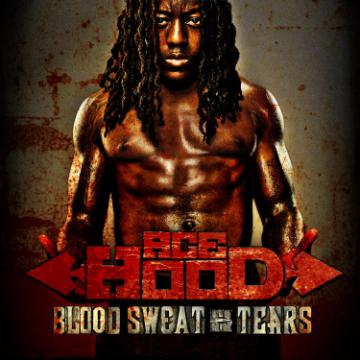 The evident connection between the three songs, beyond their upbeat tempo and bass heavy beats, is their categorization into “gangsta rap”, a classification most commonly thought to be made popular in the late 80’s by groups like NWA and record labels like Death Row Records. The songs these were characterized by the same signature features as those we listened to in the locker room, hard trap beats, upbeat tempos, violence, often against police in the community, and heterosexual sex. This led to a strong reaction by the general population, both in support and against. Songs that symbolized the gangsta rap ideas like Fuck the Police were able to go double platinum, but at the same time, were not even allowed to be sold in certain stores, in fear of the police not coming to protect the establishment. This, music, thought to be antithetical to the very ideals that Jack and his family represent, is exactly what Jack loves because it both perpetuate his whiteness, while also verifying his masculinity.

To prove gangsta rap acts to perpetuate Jack’s whiteness, we must first understand what it means to be white, at least within the boundaries of Western culture. To be white, of the many connotations, most prominently means to be beyond the body, both spiritually and mentally. We can see this most evidently in the Queen of England, as the very definition of being a white anglo-saxon person. As the leader of the Church of England, she acts as God’s representative on Earth. She is above the people spiritually and only relatively recently in the monarchy has a King or Queen even attempted to relate with the common people, considering them a tier below. This ideal of being mentally and spiritually above others is not as easily seen out of context, but in comparison with other races, it is quite evident.

Another example of the perpetuation of what it means to be white is the use of religion in colonization of the world by European countries. In contrast to the native religions of the people that originally inhabited that land, Pope Alexander VI proclaimed “There is one God who rules in the Heavens above, and one Emperor who reigns upon earth,” Both the Catholic Church, and those European countries that fell within its reach, found their religion to be superior to that of any of the colonized territories. So much so that missionaries came with the intent to educate the people of the one true God. These missionary trips resulted in loss of the native religion and culture and arguably more pertinent, the native people’s claim on the land.

As a result of this idea of white superiority in the mental and spiritual arena, being white also implies an inferiority in matters of the body. This conclusion can again most evidently be seen in contrast to other races. A study by Northwestern psychologist compiled studies of white perception of white and black people. When shown a face of a black person or a white person, white people were more 27% less likely to be chosen to have supernatural powers such as “Which person “has supernatural strength that makes them capable of lifting up a tank?’” Taken completely out of context, a white person is thought to be less capable of supernatural physical feats, yet in instances of mental competence as compared to black Americans, white people are just as often thought to have the clear edge. Another example, and maybe more obvious, is that white men are thought to have smaller penises than black people. Both of these facts, being weaker and having smaller penises acts as way of demasculinizing those who are white.

Because whiteness has now been explained, we can return to gangsta rap and see how it perpetuates whiteness while also allowing white men to perform an exaggerated form of masculinity. As we saw earlier, we know that gangsta rap is defined by its performer, whether true or not, giving off the image of being a gangster. This is especially helpful in perpetuating whiteness because it allows white men to compare their lives, and therefore their whiteness against the rapper’s life. More likely than not, the experiences of selling drugs, being against the norms of society, and generally living a life of danger is not what the vast majority of the people listening to gangsta rap are living their lives. By being able to contrast their own way of life to what the rappers are living, and seeing that their lives are nothing like what they are hearing, they can become more confident in their whiteness.

At the same time, they can use gangsta rap to assert their masculinity. Again we imagine the gangster life as being violent, having women flaunting over you, and doing this all while maintaining the cool persona. This is in direct opposition to the lack of physical superiority that whiteness implies. By listening to the experiences rapped about in the songs, listeners are able to live vicariously through the rapper. Singing along to lyrics like “I just hit the mall / You just swipe the card / I’m with a couple latin broads / I just do menage” in Hustle Hard allows listener to feel, if only for a moment, like they are able to have the ability to support a reckless spending habit which opposes the idea that the listener is inferior in ability to do their job. It also gives them the chance to imagine they engage in threesomes with latina women, which combats the idea that white men are incapable sexually. In both a purely physical and sexual sense, being able to immerse oneself in gangster rap allows white men to step out of the confines that whiteness has placed on them and experience a bolder sense of masculinity.

In retaliation, some might say that it isn’t the fact that it is gangsta rap that makes these songs attractive to white viewers. In preparation of this argument, I offer J Cole’s Let Nas Down. He says “And I was strikin’ out for months, 9th inning, feelin’ fear / Jeter under pressure, made the biggest hit of my career / But at first, that wasn’t clear, niggas had no idea / Dion called me when it dropped, sounded sad but sincere / Told me Nas heard your single and he hate that shit / Said, “You the one, yo, why you make that shit?” / I can’t believe I let Nas down” The whole basis of the song is that, Mr. Nice Watch, the song that made him famous, was only good because it did the things expected of gangsta rap, flaunt money and women. It also implies that song was a clear change from the material that he was making before, material free from the claws of industry standards. Nas saw this as a disappointment, seeing that Cole had essentially sold out. In writing this song, J Cole indirectly admits in Let Nas Down that he and others in the music industry understand how to cater to a white male audience, and gangster rap is the way to do it, even if it doesn’t result in the best music.

Whether or not it is true that the music industry caters to its audience to create a persona of blackness that white men can compare themselves to, and masculinity they can internalize, it is evident that gangsta rap is enjoyed by white men like Jack across the country. Furthermore, the concepts of comparing masculinity and race are not exclusive to white men, as I enjoyed the music in a similar way. But in examining cases such as Jack, we can examine the group being most catered to, white men, and therefore have a greater understanding of how our music is being made.

This essay was written in the style of Ta-Nehisi Coates.

An earlier draft of this essay was edited by Moises Mendoza.