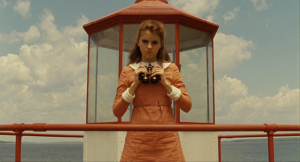 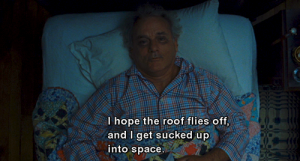 What do you want to be when you grown up?

“I don’t know… I want to go on adventures I think; not get stuck in one place” -Suzy Bishop

Summer camp is a fake environment in which kids are freed from their responsibilities, (namely parental rules and school work) and supplied with a cornucopia of activities to ensure they are constantly entertained. These children live a fantasy world for a couple months only to return to their everyday lives come mid-August. Summer camps purposefully hire young, energetic, single adults to entertain said children for 24 hours a day. If a child is not constantly entertained they may choose not to return next summer– and thus the camp fails. Summer camp is an entertainment industry not unlike Paramount Pictures. Both provide an escape from ones’ everyday life through the form of selling entertainment (i.e. a film or a camp activity). According to the Oxford Dictionary the very etymology of the word ‘entertain’ comes from the French words entretenir, which means ‘nourish/keep in repair’, and tenere, which means ‘to hold’. The point of a summer camp is to temporarily amuse children so that for a little while they are temporarily relieved of the discontentment in their lives. Yes, it is ironic that children, the only members of our society that are taken care of and do not have to work, need to be relieved from their everyday lives. Using this contradiction, director and writer Wes Anderson sets the plot for Moonrise Kingdom and attempts to teach his viewers how to be happy and live lives worth living.

In Moonrise Kingdom, two children, Sam and Suzy, are both classified by their peers as being ‘emotionally disturbed’, and ‘troubled’–so they are each other’s only friends. Because they live on opposite sides of the island, they only interact through letters. Since Suzy does not have any other friends besides Sam, she is often very bored. So, at her young age Suzy feels discontent with her life and begins to seek alternatives. At first, Suzy seeks out superficial pleasures and thrills (laughter). She is constantly reading books and listening to music to escape from her reality. She also steals books from the free library for the thrill of doing so—to have a secret to keep.

According to Adorno, “laughter is a means of cheating happiness; it is the consolation prize you get for not having a life worth living”. Watching a movie, taking drugs, or attending a summer camp are all like laughing: they temporarily provide a false sense of happiness and escape from ones life. “People are deluded into believing their desires are [being] gratified while in reality they are [being] cheated of happiness.” (Ghose). “As Adorno famously argues, ‘Fun is a medicinal bath which the entertainment industry never ceases to prescribe.” (Ghose). It is through the false sense of enjoyment; a person is being cheated from happiness.

In Moonrise Kingdom, Sam realizes this Adornian concept; that at camp he is only being temporarily relieved from his sad life (that he must soon return to). Sam decides he wants to be happy and live a life worthy of living; so he starts a new life for himself by running away to the woods. Like Sam, Suzy is also looking for more in life beyond her temporary enjoyment of stealing books, and runs away with him.

By using troubled children as the carrier for Adorno’s concept, Anderson points out the various way that the adults in the film are unhappy in their everyday lives. People in real life face the discontentment the adult characters face. By using real life examples, the audience is forced to ask themselves if they are genuinely happy with their own life. To ask, do I actually have a life worth living or do I just seek out laughter. For example, Suzy’s mother is quickly characterized as being unhappy. She does not sleep in the same bed as her husband, and unhappily prepares family dinners. To escape from her life, She has an affair with the local “sad, dumb” police officer. This affair is a form of entertainment she subscribes to in order to temporarily forget about her sad life. The only adult in the movie to act “happy” is the camp councilor Scout Master Ward. But even he admits he typically teaches math, but prefers to escape from his reality every summer at camp.

Since Sam and Suzy had no friends, they both felt an emptiness inside of themselves that couldn’t be filled. In order to fill their voids, they ran away to be together. In life, you can choose to do something that makes you feel happy and complete, or you can just do what is expected of you. Sam and Suzy often found themselves in trouble during their attempts to be happy, but to them it was worth it. In order to be happy, a person must make a genuine attempt at doing so. A person cannot be a bystander in their lives, and allow the world to create entertainment for them. Although Suzy had a plethora of books and records, she was still not happy. Although Sam was at summer camp, he still felt an emptiness inside of him. It was only when they did what they wanted to do and took control of their lives did they feel genuinely happy.

Sam and Suzy realize that they will probably grow up to be like their parents—and do not want this reality for themselves. They are sick of feeling empty and sad in their everyday lives. The small island in which they live on cannot provide them with the stimulation and adventure they crave. Suzy wishes that she was an orphan so that her life would be more special, and spends her days looking out her window with binoculars. Suzy is looking out into nature and dreaming about a different life for herself. Suzy believes that a better life can be found in nature.

A study by Zelenski and Nisbet found a direct connection between a person’s happiness and their connectedness to nature. The more connected a to nature a person felt, the happier they were. It is not until Sam and Suzy enter the forest, do they become happy. They go from having sad lives, to being genuinely happy. Through their story of finding happiness in nature, (rather than ‘entertainment’) Wes Anderson is literally telling his viewers how to be happy: disconnect from ‘entertainment’ and connect with nature. In order to be happy one must also disconnect from ‘laughter’, which only provides a false sense of happiness.

Throughout the film, Wes Anderson is teaching his viewer how to be happy through the story of Suzy and Sam found happiness. When a person is able to be content with themselves and their life, then they will be happy. In order to have a life worth living, a person must do something that genuinely makes them happy. They cannot just rely on the entertainment industry to make them laugh, but rather they have to seek out happiness. In fact, they have must disconnect themselves from the things that provide entertainment and temporary happiness (laughter). Furthermore, it is not just a disconnection from ‘entertainment’ that is necessary, but also a disconnection from a sick false sense of happiness that ‘entertainment’ provides. If a person is genuinely happy in their life, they should not feel empty inside. In order to live a life worth living, first you must form a connection with nature.