Give This Guy a Grammy: Justification of a Modern Great Work

UncategorizedOctober 18, 2016Comments Off on Give This Guy a Grammy: Justification of a Modern Great Work 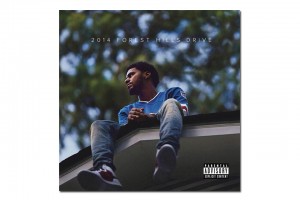 When your community does not accurately value anachronistic literature, you are conditioned to mimic its views and never realize that the answers to life that you are so desperately searching for may loom in a book. When you are struggling to find ways to feed your family in a capitalist society, you don’t pause your day to read a Shakespearian play or any of the other novels considered to be ‘Great Books.’ Likewise, what could William Shakespeare – a white man whose last breaths were taken five hundred years ago in the United Kingdom – possibly know about the current struggles of an African-American family? Why would I ever feel the need to study Shakespeare’s works or any other orthodox great work of literature? Instead, I would gravitate towards art forms that I can relate to and believe will help me better my situation, which is what I have done? Thus far in my life, I have found comfort and knowledge in songs that are written by people who not only look like me but speak directly to me – rap music. I would even go as far as to say that it is more important to study these songs than great orthodox works of literature and that they have given me a head start towards becoming a better human being. One of such rap songs is “Love Yourz” by J. Cole which I believe can alone challenge the purpose of the great books in its mere three minutes and thirty-two seconds of run time. I will now share my beliefs to why “Love Yourz” should be considered a great work of literature, if it has given me a head start on the path of human perfection, and if it has helped me make me fit for humane existence.

So what makes a great work of literature? I will begin by analyzing William Shakespeare’s “Romeo and Juliet” – one of the most well-known pieces of literature and consensually considered great work. The tragic love affair “Romeo and Juliet” details the lives of two star-crossed lovers destined to be separate due to a long-lasting family feud. Within the play are themes of the strength of love and friendship as well as darker themes of irrational violenceand vengeance. Strong themes along with Shakespeare’s beautiful prose has seen the play last centuries and vast cultural changes, and today it stands as a great work of literature. Similarly, J. Cole’s “Love Yourz” delivers an uplifting ballad of loving yourself, valuing your life regardless of your situation and the struggles of success. The song showcases equally strong themes of love and happiness as well as pain and regret. J. Cole then substitutes Shakespeare’s prose for talented and well-placed wordplay. And as of today the song’s impact has lasted all of three years and will continue to live. As far as literature I consider each delicately crafted great works, but I believe that it is the differences of the two that reveal how “Love Yourz” is a far better piece. I’ll begin with the authors. William Shakespeare was born into an affluent white family wasn’t subjected to particular struggles do to his situation – his father a successful business and his mother a member of a prominent surname – and lived a comfortable childhood. J. Cole’s was born into a working-class family – his father nonexistent and his mother a mail carrier – and lived a tumultuous childhood where he was subject to financial and identity struggles as a black youth born in Germany to a white mother. Due to his background, I cannot see how Shakespeare could relate to me or how I could even apply to writings to my life. Although Shakespeare’s themes are similar to J. Cole, the application of his ideas are far-fetched, and I cannot implement them into my life. The plot of “Romeo and Juliet” contains more twists than naturally possible; also I must acknowledge that the work is a piece of fiction. Conversely, J. Cole’s lyrics to “Love Yourz” speak directly from his modern day experiences that are also similar to mine. J. Cole does in mere minutes all of what Shakespeare does in more than one hundred pages while also connecting to his audience proves that his song is a great work of literature according to the standard. 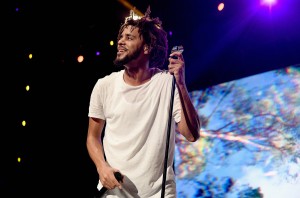 Do the great orthodox works give their readers a head start on the path of human perfection? Shakespeare’s “Romeo and Juliet” teaches its readers of the many shortcomings of humanity as well as provides an ideal purpose to live by – love. The themes in the play present great dilemmas, and Shakespeare delivers his perspective on what would happen in those situations. However, I again cannot relate the conflicts in Shakespeare to my modern day problems. My fractured family cannot compare to those of either Romeo or Juliet nor am I a star-crossed lover kept from partner due to such conflicts. When I read Romeo and Juliet, I enjoy the fairy tale of the young couple, but there is no point while reading that I can take away any lesson to help me reach human perfection. If the purpose of the great works is to give their readers a head start on the path of human perfection, when does it do so? Instead of providing me with tools to become a better person “Romeoand Juliet” taught me that love kills. Although the play splendidly conveys its themes, those themes did not help me yet “Love Yourz” provides its readers with a clear model and purpose.  J. Cole opens the song with the line, “No such thing as a life that’s better than yours.” From the line J. Cole teaches the reader to value their life regardless of where they are in life. J. Cole’s first few words immediately contradict Shakespeare’s words that detail the murders and deaths of multiple characters as well as the senseless violence portrayed. Continuing in explaining his message J. Cole later states, “Think being broke was better.” This quote is significant because J. Cole associates his views with the capitalist society in which I live and apply them. Through his words, he tells his listeners that he understands the circumstance that they may be in and teaches them to continue striving for self-love. When I see my parents struggle to make ends meet, I harp on the lyrics and refuse to value myself as anything less than exceptional. J. Cole dives deeper into the topic with, “What’s money without happiness?” In entirety I absorb the lyrics to debunk exactly how to get a head start on life – be happy and do so by loving yourself. If I believe that my life is valued regardless of what is going on and that I can it so by finding happiness, J. Cole has given me a firm head start that Shakespeare could not. It makes me wonder if the tragic events in “Romeo and Juliet” would have occurred had they heard J. Cole’s? Regardless of how Shakespeare romanticized it, Romeo and Juliet each ceased to believe in the purpose of their life and chose to commit suicide. 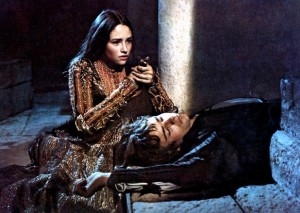 Have the great works made me a better person concerning those around me? Do I now have a positive effect on the lives of those around me? Not only has J. Cole’s “Love Yourz” made me a better human as I have stated above but it has helped me affect others. The teachings that I have from the song bleed out into my life and touch others, such as when I see someone who is in the Romeo and Juliet mindset thinking that he cannot continue on the path to human perfection. In my community, I often come across people who are depressed because they are struggling to provide for their families, and in these instances, I can spread first that money does not directly equal happiness. I teach people to value what they have just as I have begun to do so. Again it makes me wonder if J. Cole’s lyrics could have saved the lives of the tragedy-laden Romeo and Juliet. If either of the two were living exhibiting a humane existence, they would have been able to more positively respond to their situation, especially when Romeo mistakenly kills himself. Shakespeare’s does not exemplify proper characteristic for people to model their lives by and thus cannot help make me fit for a humane existence since it doesn’t teach people to be better.