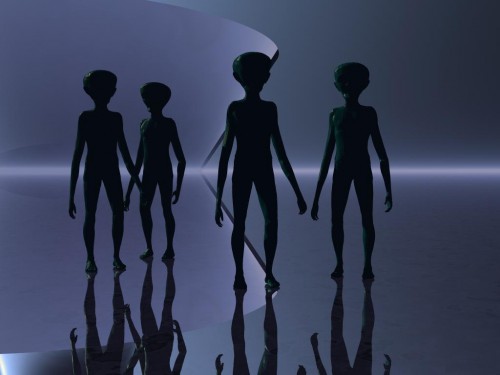 I’ve been thinking a lot about alien invasion movies, and especially about the ones that feature human children, boy-explorers or pre-teen ambassadors to the talking bugs. I suppose it would just be easier to say that I’ve been thinking about ET and its recent imitators: Super 8, Attack the Block. But even this would be a way of sidestepping the truth, which is that mostly I’ve been thinking about ALF. I have, in fact, been thinking about ALF for a very long time. In the very late ‘80s, as a teenager, I spent a year in Frankfurt, and there was nothing that bothered me more in that period of my life than the centrality of ALF to modern German culture. I had gone to the Rhine to learn about Günter Grass and anarchism and was still under the impression that I could outrun network television. I suppose I was mildly surprised that the Germans had, like, vacuum cleaners. ALF was at that point a pretty fair summation of everything I thought I was leaving safely back home in New England. But that show was way more popular in Germany than it ever had been in Massachusetts: Ninja-Turtle-early-Bart-Simpson-eat-my-shorts popular. It seemed like it was always running in the background in every house I visited. The stalls at small-town German street fairs were crowded with long-snooted, rusty yellow puppets, in all the places that a visitor might have expected to see hand-made Christmas decorations or tankards in the shape of castle towers. I should point out that it wasn’t just the Federal Republic; a Eurail pass revealed to me that  the series had a pan-continental following. But only in Germany did the puppet’s voice actor spend three months in the pop charts, with a single called “Hallo ALF – hier ist Rhonda.” And the thing is, when I went back to Germany for a year after college—to Berlin in the mid-90s—ALF, having been off the air in the US for half a decade, was still around, still on T-shirts and decals and school folders. The Germans left stranded by the show’s American cancellation had taken to producing ALF radio plays. Project ALF—a one-off TV movie that ran on NBC in 1996—got a theatrical release and a big rollout in Germany: ALF—Der Film. It played in Berlin’s showcase theaters. Garfield-reimagined-as-warthog looked down from on high upon the Kurfürstendamm.

So the question that posed itself ever more insistently was: Why were the Germans so hung up on this show? And one night in Berlin, an American buddy and I drank our way to clarity. ALF, of course, is a Holocaust story—you knew that already; you’re irritated I didn’t see it sooner—a sitcom about a family hiding someone in its attic, someone the government wants to seize, a permanent exile with no homeland to which he can return. Those oversized ALF dolls turned out to be the only way that a young German could take a Jewish proxy home and fantasmatically keep him safe in a wardrobe or nighttime embrace. They belonged at one remove to the history of extravagantly racialized children’s toys — plastic figurines of Native American braves, Black rag dolls. They were the stuffed animals of genocide comedy. The original NBC production hadn’t gone to any lengths to disguise this: those bushy eyebrows; that schnozz; that gruff, Catskills shtick. The show’s lone and improbable joke was that if the fascists ever took power in America, someone would have to agree to shelter Don Rickles. And with this insight in mind, I made a special trip to the university library in Berlin to chase down a hunch, and it was right: Anne Frank was not the girl’s real name, or at least not her full name. Her name was Annelies Frank: A … L … F.

The show, which premiered in 1986, was also directly derived from—or a Muppet-y riff upon—ET, released in 1982. And in that case, most of what we have to say about ALF can simply be repeated about the movie. Spielberg did not wait until the 1990s to start making films about the Holocaust. When ET came out, he had already just made one—Raiders of the Lost Ark, which ends when the insulted might of ancient Israel obliterates a small army’s worth of Nazis. Light flashes and German flesh renders like tallow: Raiders presents an alternate history in which the Jews possessed a small A-bomb of their own, a game-changer and plague of radioactive locusts for the European war. ET, then, was itself just an extrapolation from a Dutch Holocaust diary and perhaps the first narrative in which suburban Americans were invited to imagine keeping Jews as pets.

Something about this argument we will want to generalize, since alien invasion movies are always going to be, to some degree or another, racial allegories. That can’t come as a surprise to anyone who speaks English, a language in which the word “alien” means both “squid creature from another solar system” and “non-citizen.” But then I should say, too, that lots of serious readers think that allegories—or allegorical habits of interpretation—are conceptually pretty low-rent, the literary equivalent of rebuses. They’re wrong. If you really and truly give up on allegorical reading, you’re going to miss too much of importance—too much of what makes storytelling compelling to us—which means that most literary critics don’t, in fact, give up on it. They just waste a lot of time reinventing it piecemeal under other names. Nor is allegory as straightforward as the sophisticates claim; it generates its own forms of complexity and its own revelatory instabilities. But then this last point partially vindicates the people who don’t like allegory. Naming the allegory is the easy part; it’s really just the beginning. Allegories tell us one thing when they work, but they tell us something else—something arguably more valuable—when they don’t. And allegories never work perfectly. They can’t work perfectly. An impeccably rendered allegorical Jew would no longer be recognizable as allegory. He would just be a Jew. Like a dying werewolf shriveling back into its naked human form, he would revert back to literalness, from extraterrestrial to Ashkenazy. Distortion and mismatch are the preconditions of allegory, the dysfunctions that make it function. If you are reading allegorically, you can never just whip out the decoder ring.

So I want to look over the next few days at those recent homages to ET—one from the US, one from the UK—and I want to name their allegories, but I want to underscore from the outset that these are most interesting where least steady.