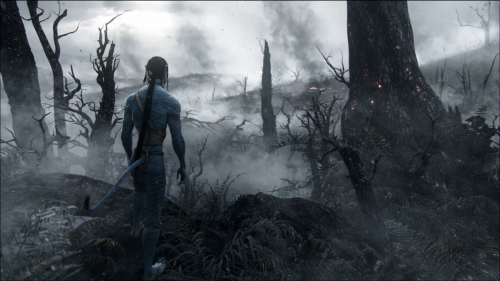 You can think of this as a tip for reading: When you are trying to make sense of an allegory, it is not enough to list the resemblances between the allegorical construct and its real-world referent, between the spaceman and the Jewish fugitive; you’ll need to catalogue their divergences, as well. For excess is the permanent condition of allegory. An invented creature never fully disappears into its literal equivalents; the alien is not exhausted by the designation “Jewish.” The reader’s task, then, is not to vaporize a given movie’s specificities, not to absorb them into some higher meaning that, once decrypted, would render the movie itself superfluous. Part of the task is to account, rather, for the allegory’s remainders, the scraps of significance that are left over even once the allegorical identification has been successfully announced. These unattached features are the mark of a contradiction that is internal to allegory; they disclose desires that the world’s already existing names cannot satisfy.

An alien invasion movie of a different kind, then, before we get to Super 8, just to make clear that this point is specific to no one film. The allegory in James Cameron’s Avatar, from 2009, is open-and-shut and, one might object, mostly shut—entirely too neat—elementary and plodding. The movie’s aliens are Indigenous People, a blue-skinned cross between the Chinook and the Zulu, called the Na’vi, which sounds like Navajo + Hopi. But the very obviousness of the allegory ends up producing some interesting effects of its own, for Avatar is so unoverlookably anti-imperialist—anti-imperialist in such a thorough-going way—that no-one who cares about such a politics can afford to just skip it or to write it off too quickly. Its story is certainly familiar; it’s just the twice-told tale about a white guy crossing sides, going native, turning Turk. But a comparative approach would show that the movie actually blows clean past the hedges and outs that typically blight such narratives, and especially the famous recent ones: Dances with Wolves, say, or The Last Samurai. Those movies are easy to hate. The really foul thing about Dances is that Kevin Costner falls in love with an Indian woman, except she isn’t really Indian—she’s the only other white person in the tribe—and you know this because she wears her hair differently, as though the Sioux kept on staff a special whites-only beautician. This only nominally pro-Indian movie goes to completely absurd lengths to prevent inter-racial sex. It is in this sense that the people who insisted that Avatar was nothing more than a live-action replay of FernGully or Disney’s Pocahontas weren’t paying attention. Sure, Avatar borrows from other movies, and yet it distinguishes itself even so by its open-throttle commitment to indigenism and racial treason. Quick—list for me all the other Hollywood movies you’ve seen that end with a vision of white people getting sent back to Europe for good. The movie baptizes everyone who watches it into the end of the American empire.

It does more than that. One of Avatar’s first-order complexities is that the opposing forces on the two sides of its central conflict—the human invaders and the indigenous aliens—have been borrowed from very different periods in the history of empire. The Na’vi call to mind the precolonial Kikuyu or the Algonquin before Columbus, but the movie’s humans are neither Puritan nor pith-helmeted; they are new-model conquistadors, Haliburton-types, the corporate mercenaries of the War on Terror. Avatar asks us to imagine how it would look if the current US army were invading North America or Africa for the first time—What if the Massachusetts Bay Company had employed Blackwater?—which means at the level of the image, the movie manages to insert the Iraq War into some much longer histories, folding Bush-era adventurism into an overarching account of European colonization. To that extent, James Cameron is actually rather smarter about empire than the run-of-the-mill American liberals who talk as though 2003 were some kind of shocking deviation from the fundamental patterns of US history, a freedom-loving nation’s unprecedented deviation into expansion and conquest. And in a similar vein, the movie is willing to dwell, to a quite unusual degree for a blockbuster, on images of imperial atrocity—familiar images, doubtless, if you know that history, but replayed for a global audience with immediacy and renewed grief: The Smurf-Seminoles walk the Trail of Tears. 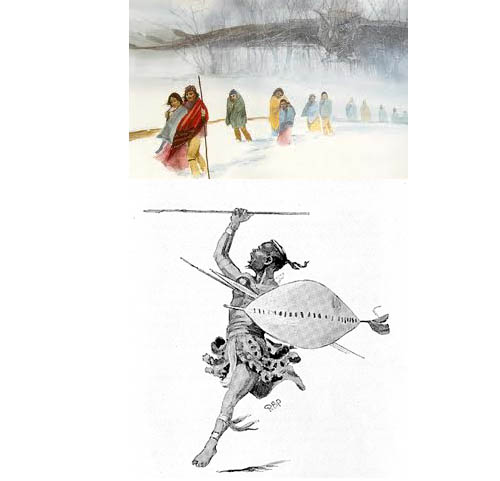 I also think the movie’s length, about which those prone to headaches might rightfully complain, turns out to be its great asset. And the best thing about those 160 minutes is this: Avatar is a utopia hiding in an action movie. The movie is so indulgent that it can afford to give us a protracted utopian sequence, itself almost as long as an ordinary feature film, when, in fact, there is no genre that commercial film avoids more studiously than utopia. My friends who study the form will get huffy at this point: So yes, absolutely, the utopia in Avatar is badly underspecified; it is not much interested in how the Na’vi feed or govern themselves. It approaches the better society almost only through the natives’ theology. But in some respects, this is actually where the movie is at its most ingenious. Cameron, who as I write is crawling on his hands and knees around the Mariana Trench, has found a way to put his pricey 3D-technology in the service of utopia—or at least of a certain pantheism, which in this case is almost the same thing. As a sensory experience, the movie obviously feels new and exhilarating, and I want to say that in some almost Ruskinite way, the film is determined to revitalize your sensorium, to create a constant sense of wonder at the simple fact that we all live in a three-dimensional world. The movie obviously makes a big deal of the characters being connected, being able to interface with nature, to plug into it, in a way that is both technological and shamanistic, and I think the movie thereby provides its own gloss on its technological ambitions: It’s as though Cameron thinks he can use the most advanced technology that a director has ever commanded to approximate in the viewer a basically vitalist and world-adoring attitude.

But then it is precisely here that instability takes over. It is here, I mean, that we have to shift from naming the ways in which the Na’vi are most like Amazonians to naming where they are least so. Avatar is not only putting in front of us an indigenism; it is putting in front of us a technologized indigenism, and there is something about this latter that is odd and finally unsatisfying. That point comes in a specific form and a general one. Here’s the specific one. The biggest innovation in twentieth-century warfare was air power: the bi-plane, the bomber, firebombing, the atomic bomb, napalm, no-fly zones, shock and awe, assassin drones, death from above. Air power is what has permanently shifted the global balance of power to the hyper-technological nations. And the movie’s trick—ingenious in a sense, but also silly—is to give the indigenous a Luftwaffe: Dragons! The flying monsters, in other words, are the equalizer that makes the movie’s political allegory work, but they are themselves entirely non-allegorizable, which means that the entire system of correspondences actually starts coming unglued around them.

In other words, the movie’s politics are at heart fake, because it is trying to imagine a people who live in harmony with nature, who get by without advanced technology, but it has to give them the equivalent of helicopters, because if they didn’t have the equivalent of helicopters, they would get wiped out by the Helicopter People of Earth. But then the movie is ducking the really hard political question, which is: How might a non-technological people actually survive? How could they defend themselves against the cyborg nations who would steal their land and resources? Avatar dodges those questions, and so ends up being just another impotent historical fantasia.

The broader version of that point, meanwhile, is this: It’s well known that the sci-fi movies that most distrust technology are the ones that rely on it most extensively, but Avatar radicalizes that paradox in both directions. It was upon release the most technologically advanced movie ever made, and yet it is utterly, committedly elfin and eco- in its ideology. But then in another sense, that very antithesis is breached, because the movie devises ways to comprehensively sneak technology back into nature itself. The forest paths light up, as though electrically, when the Na’vi tread on them. The aborigines plug their ponytails into animals and trees as into Ethernet ports or wall sockets. Their manes have slim, wavy organic tendrils, which however also look like fibers or cables. And the Sigourney Weaver character at one point openly compares all this to a computer: the natives are jacking into the planet and downloading information from it. On the one hand, this is itself just allegory for what we take to be “the tribal worldview”—being in touch with nature or what have you—and if we accept the entirely plausible idea that indigenous and stateless peoples have been extraordinarily attentive to ecologies—that they were really good at reading landscapes, &c—then this could merely serve as science-fiction shorthand for that skill. What’s remarkable, though, is that Cameron has translated this into a technological image. That’s the other hand. The non-technological understanding of the world gets its technological allegory. So this is what it means to say that allegory yields contradiction. Is the image of plugging into nature technological or not? It is and it isn’t—and this speaks volumes about the movie’s bad faith. A global viewership sides with a pre-technological people only when it emerges that they have the newest gadgets. Avatar reassures its audience that they could go back to the land and actually give up on nothing—that they could go off the grid and still have the grid—that they could move to the Gallatin Range and keep their every last iPhone.

Special thanks to Crystal Bartolovich, who convinced me to take the role of technology in Avatar much more seriously than I was initially inclined to and who has much more to say on the topic in her forthcoming Natural History of the Common. For a preview of her argument, see also this interview.