How to Read the New Histories of Empire, Part 5

Posted on September 18, 2020 | Comments Off on How to Read the New Histories of Empire, Part 5 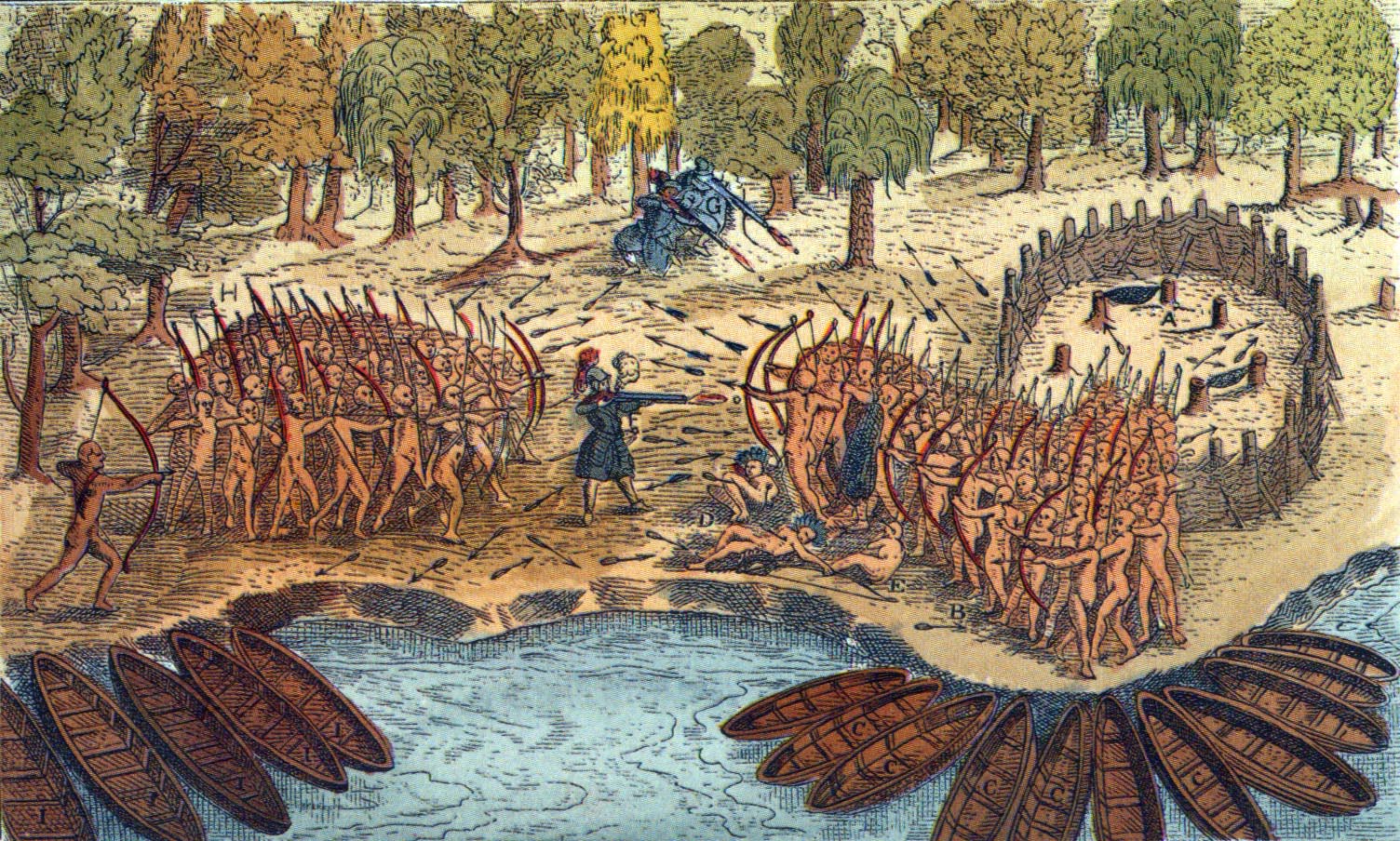 7. The new histories of empire are theory-laden.

One of the more remarkable features of Richard White’s writing is a certain idealist strain that breaks through irregularly. At one point, he informs readers that the middle ground was the site of certain “beliefs,” a kind of doctrine: “beliefs not only that the boundaries between societies and cultures were permeable but also that identities were interchangeable.” (389) It is important to register that the character of White’s argument has just shifted, by assigning to the frontier a moment of reflection or norm-generating self-consciousness. He is now claiming something more than that social and ethnic roles were up-for-grabs on the borderlands. He has added the assertion that the frontier-dwellers also knew this, or at least that they believed it, the suggestion being that they held cosmopolitan and anti-identitarian commitments. The Indians, he writes, were “attempting to prove the boundaries permeable.” (391) It’s that last phrase, with its clear echoes of the seminar table, that gives one pause, tending as it does to transform the Delaware and Shawnee into bearers of Adornian or Butlerite positions, or, indeed, to cast eighteenth-century Native Americans as undergraduate Sartreans, the ones who got As on their existentialism mid-terms, while the Anglo-Americans sit there looking slightly abashed, the square students who just don’t get it or who have read the wrong philosophers. The problem isn’t that the Virginians and Pennsylvanians were colonists—so, after all, were les habitants and les voyageurs. The problem was their identitarianism and mauvaise foi.

Perhaps Sartre and Butler are a red herring, however, because White’s real mentor in matters of political philosophy goes by a different name. Anyone reading The Middle Ground for the first time might notice that White is hung up on a couple of phrases: “The common world of the pays d’en haut” (519); “it succeeded in restoring, at least diplomatically, a common world and a common understanding.” (270); “The common world was … becoming ragged” (430); “The common world narrowed.” (432) A person might even be puzzled by this. Nowhere does White sound more like a pop existentialist than on the opening page of The Middle Ground, where he tells readers that his will be a book “about the search for … common meaning,” a phrase that, by recalling Viktor Frankl, does nothing to make the American frontier seem more benign, since Frankl, we’ll recall, was searching for meaning in a concentration camp. One of the worst things about “Indian haters,” at any rate, is that they “sought to terminate … more complicated searches for common meaning.” (389) But we can leave the word “meaning” to one side. For it is the word “common” that links the phrases “common meaning” and “common world” and thereby points us to a proper name. For “common world” is one of Hannah Arendt’s signature terms. A quick search of recent literature on Arendt turns up an essay called “How Common Is Our Common World?” (Kattago) and another called “The Idea of a Common World” (Jones). Outfitted with that unmarked citation, the reader soon spots White borrowing other concepts and arguments from a beloved philosopher. First Arendt (1972: 142 – 143): “It is, I think, a rather sad reflection on the present state of political science that our terminology does not distinguish among such key words as ‘power,’ ‘strength,’ ‘force,’ ‘authority,’ and, finally, ‘violence’…. Power corresponds to the human ability not just to act but to act in concert.” Then Richard White: George Rogers Clark, the head of the Kentucky militia, “was by temperament a war leader who thought that force was power”—though one notes that by “force,” White seems to mean “violence” and so becomes the target of Arendt’s argument in the very act of restating it. (426) Or again: Anyone who has read around in Hannah Arendt will know that the “common world” takes as one of its near-synonyms “the in-between,” which hereby joins those others as the fourth of the middle ground’s major connotations: the Midwest, the frontier, political moderation, and the Arendtian in-between. At this point, in order to collate these dispersed references, it becomes necessary to bring into view Hannah Arendt’s Big Story. For Arendt, politics always takes place in that intermediary zone, the public space of the polis or its agora, which we must learn to cherish for its own sake, which we must take care to distinguish from private life and which we must commit ourselves to cultivate and protect. The public and in-between is the space where we can deliver speeches and undertake actions without—and this is its signal advantage over home—having to certify these as intimate or authentic. The in-between is also the place where differences between people can be put on display and to some degree adjudicated without any presumption of unanimity. If members of a society share a common world than they need share little else—not attitudes or beliefs or ways of living. It doesn’t matter that we maintain different perspectives on x, provided we remain certain that we in some sense share x or that x is a public thing. Arendt’s philosophy can thus be read as a therapeutic program, designed to strengthen its readers’ flagging commitments to the public and active life, to remind them of all the reasons to love the common world, hence to combat the consoling lure of private life. But it is perhaps better read as a grand récit about the collapse of that common world, about the overtaking of politics by mere household concerns—what Arendt calls “the social” but what we on etymological grounds might more tellingly call “the economic.” Richard White’s least remarked upon achievement is also his most wondrous—a specimen to be admired by all collectors of rechercé academic ingenuities. He is retelling Arendt’s Big Story, her only story, the story about the death of politics, but has adapted it to a (somewhat) new location and a (sharply) new chronology, like Akira Kurosawa deciding to set King Lear in Sengoku-period Japan. In the place of ancient Greece, which was always Arendt’s paradigm of a Properly Political Place, we find Fort Detroit, as the vita activa’s womb and epitome. And the American Revolution, which Arendt took to have sponsored a temporary revival of genuine politics, translating Anglo-Americans into the active life, turns out instead to have brought about the fall of public man (because public man lives on the Midwestern frontier, and US Americans depoliticized that space via thick settlement and Indian removal). 1776, which we have been taught to see as the common world’s second chance, was instead its betrayal and shutdown. That White is also adapting the arguments of Frederick Jackson Turner should be abundantly clear by now. The Middle Ground works by superimposing upon a Turnerite story about the end of the frontier an Arendtian story about the end of the common world. “The Significance of the Frontier in American History” rewrites itself as The Human Condition.

This entry was posted in Articles and tagged eighteenth century, empire, history and historians. Bookmark the permalink.