On our second day, we took the bus out to the end of one of the lines, stopping in Arashiyama, and leaving the more densely packed area of Kyōto for one more reminiscent of a town; our first stop here was Miyamoto-san’s studio. During this visit, we got to see hands-on the way in which, at least, this traditional Japanese art has an incredible amount of room for new work, and attitudes, while retaining its core. In fact, Miyamoto-san said, at one point, that to do his modern work without the same knowledge and attention would be pointless. His newer works, despite their “friendlier” look or popular-appeal, are serious spiritual items. He told us that in the modern Japanese home, people’s interaction with Buddhism is declining, unless it is about death; and so, by creating these cuter versions of these figures, he can engage younger generations with the history of Buddhism and its messages. I think it is very noble of him to want to put a large group of people in touch, with not just a religion, but also a cultural heritage, as the ubiquity of Japanese Buddhism was significantly stronger at a time. I also think that his work kind of “proves” that spirituality exists contemporaneous to modern life. Because these religions and philosophies were formed so long ago, cultural attitudes seem to be focused on preservation; obviously when practicing you connect to an ancient history, but by taking inspiration from Christian Dior or Alexander McQueen, or anything else new, Miyamoto-san demonstrates that Buddhism is not something that to hold onto, but something that flows alongside, and through, history.

During the visit, I was quiet moved by the balances that he strives to achieve, and his openness unto life. Even though he holds certain teachings in the Buddhist canon more closely to himself personally, he does not limit his traditional work to one sect of Buddhism, preferring to do whatever work they need. He also does not really even limit himself strictly to Buddhism; though that is the majority of his practice, he showed us a piece of his that fused the Virgin Mary and Kannon, and talked about his reverence for Christian teachings, and religion in general.

After talking about his original works, Miyamoto-san showed us some of his restoration work. What I gained from this section of the visit was the way in which practicing this art connects one to history in a more literal way than just creating new figures. Miyamoto-san told us that every restoration project is a chance to learn how to truly understand the other sculptor’s work, to better his own constructions, and to make restoration easier for the next person.

Another interesting thing Miyamoto-san talked about: houryou, the eye-opening ceremony. When one completes a statue for a Buddhist temple, there is a ceremony, at which, they place a soul into the figure; similarly, when doing a restoration, they must remove the soul before working. 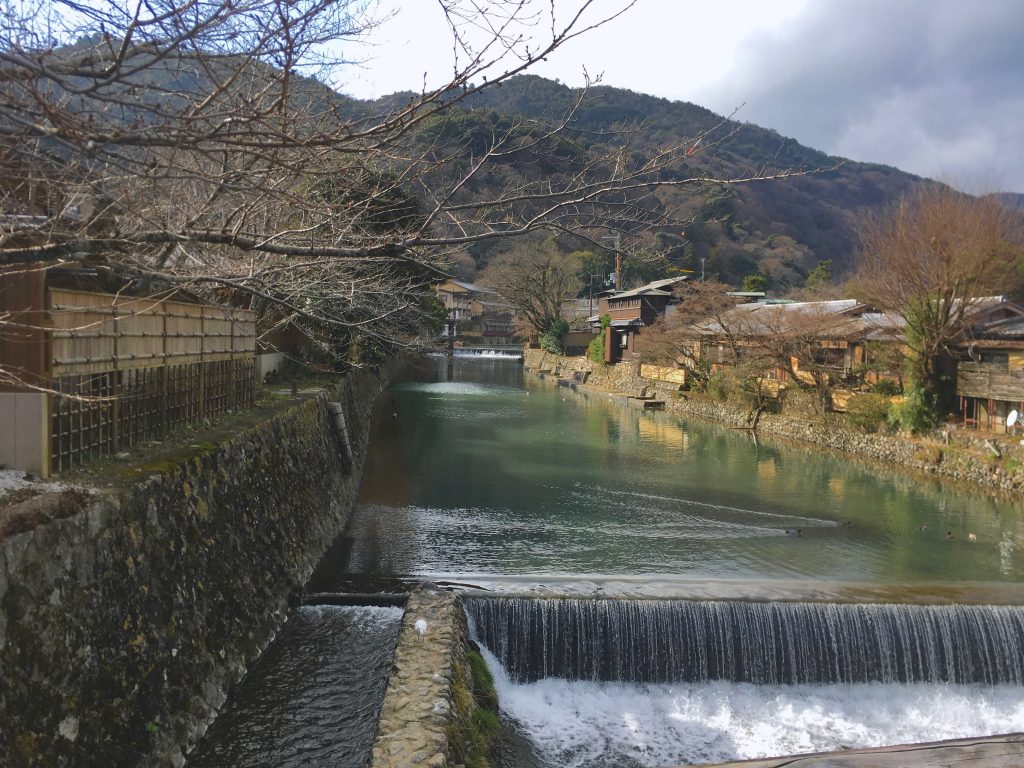 Our second stop was the temple and garden, Tenryū-ji. I will admit that during this portion of our day I spent more time looking, and less thinking. Or rather, less thinking about what was in front of me. I definitely was still holding onto a lot of the things that we broached at Miyamoto-san’s studio; and so while sitting and enjoying the temple, I was thinking about ways that I can connect to “something greater” in my own work; it felt akin to looking for spirituality but for work, as opposed to some kind of personal salvation, though I am still working through what that means currently.

On another note, a feature that I appreciate greatly, or perhaps continue to appreciate greatly, is the seamless connection between the inside and the outside. Though barriers between indoor-space and outdoor-space are literally the way buildings work, Tenryū-ji’s construction mitigates cognitive distance; despite the knowledge that you are under a roof, the outside world seems to be a force present, and vice-versa. 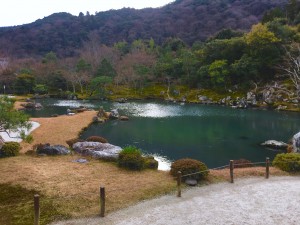 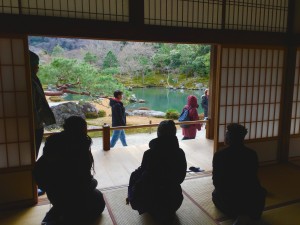 This entry was posted in kyoto and tagged buddhism, buddhist sculpture, temples. Bookmark the permalink.