My research is broadly in the realm of computational algebraic geometry, with particular focus on tropical and non-Archimedean geometry.  Here are my preprints and publications, with some pictures and brief descriptions.  Authors who were undergrads when the research was undertaken are listed in bold. 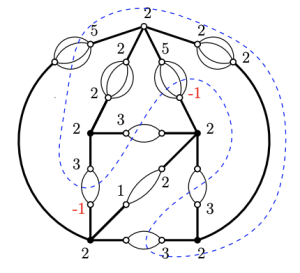 The r-th gonality of a graph is the minimum number of chips we need so that we can place r of them wherever we would like, using chip-firing moves.  We prove that it’s hard (more precisely, NP-hard) to compute r-th gonality for a graph, and that the same is true for many related problems. 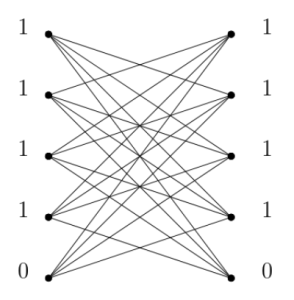 The r-th gonality of a graph is the minimum number of chips we need so that we can place r of them wherever we would like, using chip-firing moves.  We prove some new upper and lower bounds on r-th gonality. 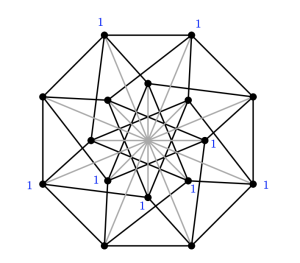 A scramble is a collection of connected subgraphs of a graph.  We study scrambles where every subgraph has the same number of vertices, and use that to study chip-firing games. 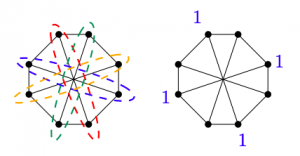 The scramble number of a graph is a new invariant that helps us study chip-firing games.  We prove lots of results about scramble number, including that it’s NP-hard to compute!  (This work was part of the 2020 SMALL REU.) 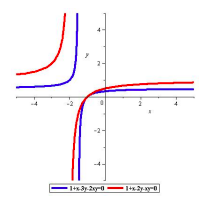 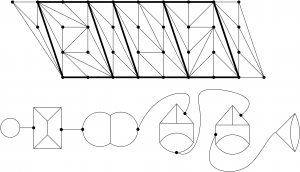 Tropically planar graphs appear in smooth tropical plane curves, and are dual to triangulations of polygons.  We compute how many graphs are tropically planar up to genus 7, and give upper and lower bounds on their number in general. (This work was part of the 2017 SMALL REU.) 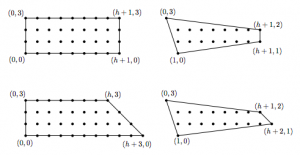 Given a lattice polygon, we can ask: how many degrees of freedom d are there in constructing a tropical (or algebraic!) curve with that Newton polygon?  We determine all possible values of d for lattice polygons.  (This work was part of the 2020 SMALL REU.)

Tropical plane curves contain graphs with lengths assigned to their edges.  We show how to find the number of degrees of freedom we have in choosing those lengths, either for a single triangulation or for a whole  polygon.  (This work was part of the 2017 SMALL REU.) 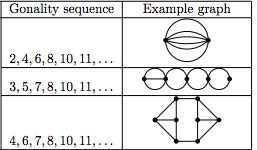 For any graph, we can study an infinite family of chip-firing games on that graph called the gonality games. The gonality sequence of a graph is a list of numbers that measure how hard it is to win those games.  We determine what gonality sequences look like for small graphs, how gonality sequences can start, and how to compute them. (This work was part of the 2018 SMALL REU.)

If you know how to win a chip-firing game on two graphs G and H, then there’s a strategy to win on their product.  We study when this strategy is optimal, and when there are even better ones.  (This work was part of the 2018 SMALL REU.) 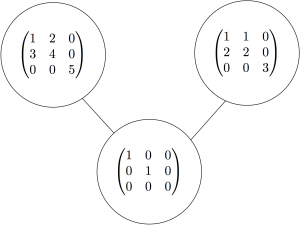 Two matrices A and B commute if AB=BA.  If two matrices don’t commute, they still might commute with a common non-scalar matrix.  We show that this condition is determined by polynomial equations.  (This includes thesis work by Madeleine Elyze, Williams ’18.)

The three polygons above have a circled grid point that can “see” all the other grid points in the polygon.  What can such a polygon look like? We provide a complete answer, and give some cool applications to tropical geometry.

This chapter contains a quick introduction to tropical geometry, and then lots of open problems accessible to undergrads.  Also check out the other chapters from the book!

An algebraic plane curve is defined by a polynomial in two variables.  Given any string of text, we can give you a polynomial whose corresponding curve looks like that string.  Try it out on this website!

(11) “Tropical hyperelliptic curves in the plane,” to appear in The Journal of Algebraic Combinatorics.  (arXiv) 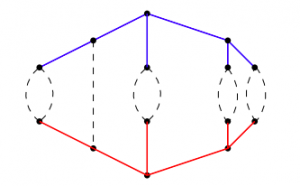 Tropical hyperelliptic curves are graphs that are built out of two copies of a tree glued together.  We show which of these graphs can appear in smooth tropical plane curves.

Treewidth measures how close a graph is to being a tree.  We find the treewidth for grid graphs glued along their boundaries, and show how to win chip-firing games on them.  (This work was part of the 2018 SMALL REU.)

The chip-firing game on a graph lets you place a collection of chips on a graph, which you then move around to eliminate debt placed by an opponent.  In this paper, we study the graphs where you can win the game by starting with just three chips.  (This work was part of the 2018 SMALL REU.) 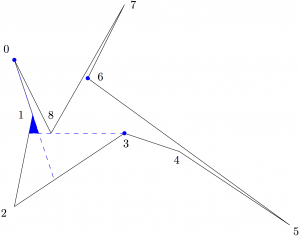 Any polygonal art gallery can be guarded by placing guards on a third of its vertices. But we can’t always place a guard on every third vertex; in this paper, we find the smallest possible example that shows this. 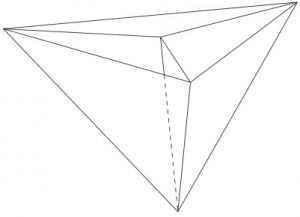 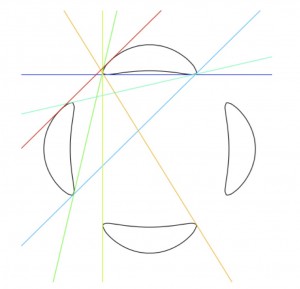 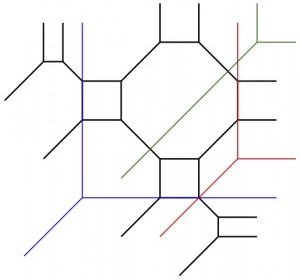 Split a polygon up into triangles, and draw the dual graph.  Which graphs can we see?  We answer this question for polygons with at most 5 lattice points in their interior. 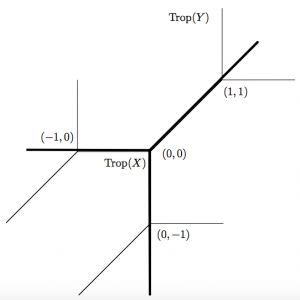 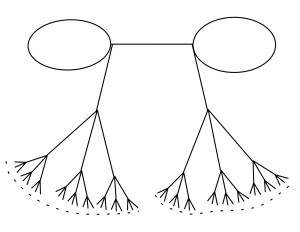 If we let certain groups act on a field, the quotient can be interpreted as an algebraic curve.  We develop algorithms for studying such curves over the field of p-adic numbers. 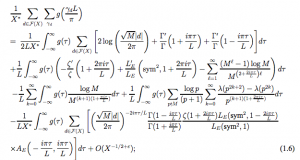 When studying the zeros of L-functions, it’s helpful to approximate their behavior.  We show that for a family of these functions, a certain approximation is very accurate. (This is based in part on my undergraduate thesis at Williams College with Steve Miller.) 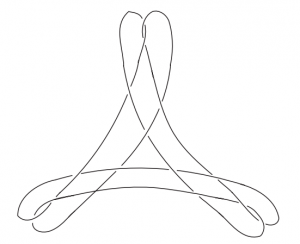 We study spiral projections of knots, which are pictures of knots without any inflection points. (This work came out of Colin Adams’ Knot Theory group in the 2008 SMALL REU.)

My dissertation is titled “Tropical and non-Archimedean curves”, written at UC Berkeley with Bernd Sturmfels as my advisor.  You can find a PDF of it here.  It includes material from publications (3) through (7) listed above.