Here is my CV.

From 2006 to 2010, I was an undergraduate at Williams College.  I majored in mathematics, was a member of the Student Math and Statistics Advisory Board, and did lots of theatre with Cap & Bells.  In the summer of 2008 I participated in Williams College’s SMALL REU in mathematics (working with Colin Adams on knot theory), and in the summer of 2009 I participated in Oregon State University’s mathematics REU (working with Yevgeniy Kovchegov on random walks and Markov chains).  I did my senior thesis with Professor Steve Miller on modeling convolutions of L-functions, and got to write some very long equations.

From 2010 to 2015, I was a graduate student at UC Berkeley.  I worked with Bernd Sturmfels on tropical geometry and computational algebraic geometry, and was an officer for the Mathematics Graduate Student Association.  I also took a class in German, which was helpful because…

In Fall 2013, I was based at the Max Planck Institute for Mathematics in Bonn, Germany.  I travelled lots, met a ton of great collaborators, saw the world’s tallest cold-water geyser, and ate lots of kartoffelpuffer. 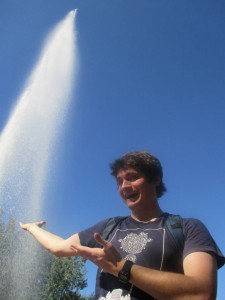 From August 2015 to July 2016, I was a postdoctoral researcher at KTH in Stockholm, Sweden.  I worked with lots of new collaborators, including Sandra di Rocco and Mats Boij, and got to spend lots of time with my Swedish cousins.

And since August 2016, I’ve been an assistant professor of mathematics back at at Williams College!  x^2+y^2=r^2 of life… 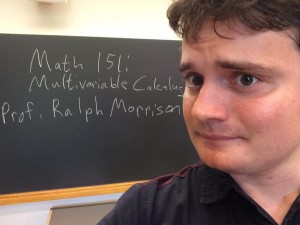 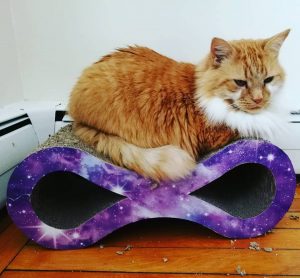 “”You know, people think mathematics is complicated. Mathematics is the simple bit. It’s the stuff we can understand. It’s cats that are complicated… How do you define a cat? I have no idea.” – John Conway