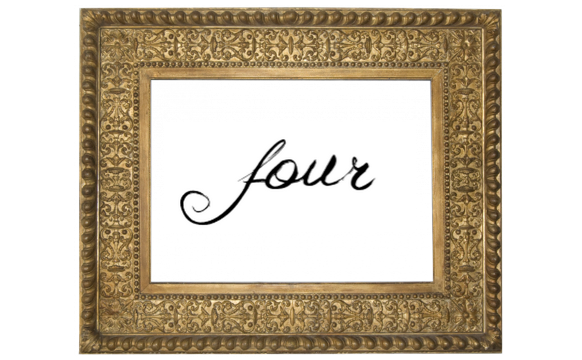 A field with an extremely wide scope like Africana Studies often requires the application of different research methodologies when being explored. Two of these methodologies include ethnography and oral history, both of which include the relaying of a story and observations that can either be tied to greater historical themes or can be imprinted into the history that we have come to know today.

Ethnography involves a researcher spending an extended amount of time in a culture or society in order to discover more about the human experience.[1] However, these experiences are not one and the same; this is why frequent exploration of different environments has proven to be necessary to provide more detailed histories for varieties of groups and individuals. The ethnographer’s duty is to give context to their field observations, and to highlight the fluidity of different cultures. In order to do this, they “collect data and gain insight through firsthand involvement with research subjects or informants.”[2]

This firsthand involvement of the researcher with the researched is crucial to ethnography, and it’s relatively personal approaches to the research process. Ethnographers requires a great deal of self reflection, while it is acceptable for an oral historian to approach their informants as an “outsider.” There are many different factors that may affect the way that an ethnographer perceives certain events. For example, if the researcher has had any similar experience to the environment that he/she is participating in and observing, a certain amount of distancing has to happen so that they can approach the field with an unbiased eye. This “closeness” between the researcher and the researched can be “both facilitative and oppressive.”[3] It can be facilitative in the way that the ethnographer can relate to the researched environment, easing the immersion experience. The ethnographer could use intimate knowledge to navigate the field, as opposed to a removed ethnographer who is forced to use the trial and error method of imitation in order to assimilate themselves into the community. The “close” ethnographer may be better at finding an informant or informants, and are usually easier for informants to connect with.

On the other hand, this type of ethnographer may struggle with separating their lived experiences from that of the people they are studying. While the ethnographer immerses themselves in the environment of the informant, by means of becoming a parcipant-observer, they allow the informant(s) to create their narrative in it’s entirety. The ethnographer is encouraged to abandon any personal life experiences or knowledge that will compromise the way in which they tell the story from their field. These experiences could be a source of bias for the way that the ethnographer perceives the field, the life and culture of the informant. Oral historians are seldomly in this predicament simply due to the nature of oral history; historians do not have to be “close” or similar to the interviewee’s, yet this could be a great advantage in the long run since oral history requires much more interpretation.

An oral history “is a co-created document that combines the narrator’s version of his or her story with the results of the historian’s effort to illuminate the context of the narrator’s life and the connections between his or her story and broader historical themes.”[4] Since oral historians do not spend as much time with their informants as ethnographers do, and do not have the security of viewing repetition and trends over time, they have to make sure that they maximize the information that they receive in the interviews that they conduct. The researcher is entirely dependent on what the informant chooses to tell them, and how the informant verbalizes their responses to questions that are asked. They can read body language and intonations, but this isn’t as effective as ethnography due to the relatively minimal amount of time spent with the informant. The nature of ethnography allows the researcher to become a participant-observer and to to become accustomed to the informant’s lifestyle through repetitive observation and imitation. Questions for the informant will ideally stem from these meticulous observations. By using the method of oral history, the historian remains a detached observer, and is rarely able to view certain events or thoughts through the eyes of the informant. They have to do much focused preparation for their interviews, including the constant manipulation of questions based on the response received from the informant. It is possible for an oral historian to be wrong with their the connections that they draw based on their interviewee’s narrative, so they work diligently to eliminate room for mistaken analysis. Put most simply, an oral historian can only make use of what the informant reveals to them.

Oral historians and ethnographers also present the information that they receive differently. “Most ethnographers today avoid presenting timeless accounts by including historical sections or chapters and using verb tenses to show what has happened recently, what happened in the past, and what happens continuously.”[5] On the contrary, oral histories often work to find first hand accounts about certain time periods or certain events; in most cases, little historical documentation exists for the topics at hand.[6] They are “co-creating the narrative.” [7] Since the information that is uncovered in the interview is usually up for interpretation, the oral historian sets the groundwork and often manipulates the direction of the interviewee’s answers to revolve around the topic of the historian’s choosing. Their goal is to get the interviewee to expose key themes that relate to past events. They “[ask] questions that connect the individual life story to broader historical forces.”[8] On the other hand, narrative that the ethnographer presents is malleable, based on the direction that the informant steers it in.

Oral historians are constantly channeling their knowledge of certain subject matter, events, and experiences to draw parallels between the interviewee’s narrative and past historical events. Whereas in ethnography, the research is ultimately guided by the informant, and it is considered unethical for the ethnographer to force the lived experience of the informant into boundaries. Oral historians concentrate on past histories, while ethnographers allow the informants to portray the fluidity of their cultures and societies.

In the realm of Africana Studies, these two methodologies are important because they give a voice to people whose stories may have been wrongfully portrayed in history or missing altogether. Considering the cruelties that black people were forced to face for centuries, including slavery and the Jim Crow Era, it was understandably very difficult to build a variety of black narratives into history. Many were forced to be illiterate, and weren’t given the opportunities to write their stories for public consumption. Even if the tellings of the lives of African Americans were included in history, the white hierarchal society that were writing these documents and passing on these stories often found ways to skew the truth, or even worse, to keep the truth invisible.

There is a significant need for researchers to delve into topics revolving around the black community. Ethnography allows researchers to immerse themselves into environments that are important in piecing together the way that the past, present, and future are interconnected. These sites may range from Southern cities that are “off the map” in regards to their historical background to an urban African American community in a big city. While ethnography can paint a picture of these environments, oral history can efficiently and truthfully present and validate their narratives, a process that has rarely occurred throughout history.

[3] Pattilo-McCoy, Mary and Reuben A. Buford May. “Do You See What I See? Examining a Collaborative Ethnography.” CP 116