Without the energy, enthusiasm, and creativity of Renee C. Dumouchel ’03, this revision would not have been possible. As the Research Assistant for this updated version she spent this summer of 2000 industriously and tirelessly amassing materials relating to the sciences at Williams from Williamsiana and the College Library. Professor of Chemistry Charles M. Lovett supervised her work, and she occasionally consulted with Professor of the History of Science Donald deB. Beaver. In addition, Coordinator of Science Facilities Bryce A. Babcock gave invaluable assistance in preparing the manuscript for print.

Time does not permit the inclusion of the bulk of the many fascinating and informative items Ms. Dumouchel unearthed; our hope is that during 2000-2001 those materials can be integrated into a fuller, more comprehensive version of the history of science at Williams College. 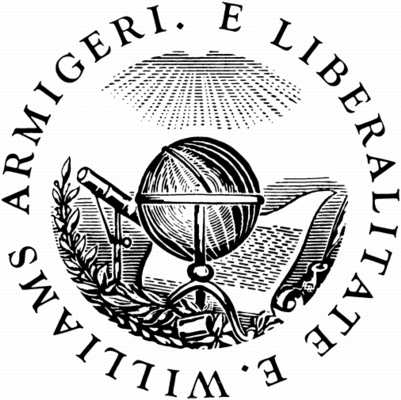 PREFACE and ACKNOWLEDGEMENTS (to the first edition)

This essay, created and written in large part by undergraduate students at Williams, presents a brief overview of 200 years of the history of the sciences at Williams. It is intended to be preliminary to a fuller, more detailed, and more contextualized history.

Prompted by the impending Williams’ bicentennial, students did their research in spring 1992, and reported their results in their term papers for History of Science 240, “Science and Technology in American Culture.” Students worked in teams of two or three; each group chose a twenty year period for which it wrote a history of the sciences, or some special aspect of them, at Williams.

The papers varied enormously in quality, perspective, and method. Nonetheless, during fall semester 1993, two students worked hard to edit them into a more coherent and continuous narrative: Alexia L. Rosoff ’96 worked on the first 100 years, while Aaron D. Jorgenson ’97 worked on the second.

In 1994-95, Donald deB. Beaver, Professor of the History of Science, imposed a final order on their work, resulting in the present document. At the College Archives, Sylvia Kennick Brown, College Archivist, and Lynne K. Fonteneau-McCann, Archives Assistant, gave untiring and enthusiastic help in checking out the references in students’ papers. Because not all citations to sources were complete, it took considerable effort to supply missing details; in the end, only a handful proved unlocatable. And although the editor is consequently tempted to claim that any errors which remain are not his, he must bear responsibility for the facts and interpretations which follow.

What is presented is meant as a sketch or overview, and not a thorough and detailed history. Much of what appears here exists elsewhere in fuller and lengthier detail. In addition, there are many interesting teachers, personalities, and events which did not find their way into the present narrative. The chief justification for the present work is to assemble an outline of that information in one place, in celebration of the past 200 years, and in hope of stimulating the writing of the larger history.

Developments in the sciences at Williams in the nineteenth century lend themselves most naturally to a topical or thematic approach, within which changes can be presented chonologically. The twentieth century, however, organizes itself best chronologically, because the two world wars and the decade of the sixties mark major disruptions or discontinuities in the curriculum. Consequently, the two centuries’ narratives have been organized differently, and remain so in hope that any resulting lack of stylistic uniformity is compensated for by a more natural narrative flow.

Four major developments mark the sciences at Williams in the nineteenth century: the slow separation of science from religion, the founding of the Hopkins Observatory, the founding and maintenance by students of the Lyceum of Natural History, and the beginnings of laboratory instruction in regular coursework. The four developments take place against a background of slow and steady growth and change in curriculum and facilities, with perhaps the fifth most significant change taking place at the end of the period, the introduction of the elective system.

In contrast, changes in the first two-thirds of the second century of science at Williams tend to be more easily comprehended by time period: 1893 to 1916 (pre-World War I), 1917 to 1945 (two World Wars and a Depression), and 1946 to 1960 (the post World War II period). In general, the World Wars produce temporary institutional changes and adaptations on campus and in the curriculum; between the wars, curricular change reverts to a customary incrementalism.

The 1960s, however, witnessed a more radical and permanent break by Williams from its past, not only in the sciences. In that decade, the College made decisions that would refashion its image, its students, its faculty, and its curriculum. A partial list of important changes includes: the abolition of fraternities, the introduction of Winter Study[1], the decision to become co-educational, the construction of the interdisciplinary Bronfman Science Center, and the establishment of the Program in Environmental Studies.

These changes signaled a new era in Williams’ history, an era in which research became increasingly important both for faculty and students. For faculty, ongoing research programs certified their active membership in highly specialized and dedicated professional communities, and carried Williams’ name onto the international scene.[2] For students, hands-on participation in original research provided an essential complement to their education through more conventional classes, textbooks, papers, and laboratories. Whether they continued in science or not, the intellectual benefits of that research experience would remain.

As another legacy of the sixties, Williams grew by two-thirds, from a college of 1,200 undergraduate men, to one of more than 2,000 undergraduate men and women. It still has only one President, but more than 200 full and part-time professors, and hundreds of ancillary administrators and staff.

Except for the renovation and conversion of Jesup Hall into a Center for Computing, little space has been added to the facilities for science since the completion of the Bronfman Science Center in 1968. Increasing requests for research laboratory space, together with the rapidly rising costs of doing research have meant ever mounting expense to the College. With the average cost of scientific instruments growing at least twice as fast as inflation, the college has been increasingly hard put to continue to finance its newly won research status.

At the same time as emphasis on research increased, renewed efforts were made to make the curriculum in science accessible and attractive to as many students as possible. In the 70s and 80s, the science faculty undertook a number of initiatives, in the form of new programs and courses, to increase student participation in the sciences.

Williams College enters its third century at the height of technological and scientific innovations. Williams has the opportunity to continue to offer the kind of in depth research the one would expect to find at a major university, but the kind of personal collaboration and attention to detail that can only be found at an undergraduate institution. This essential combination of factors was implemented at Williams with the completion of the then revolutionary Bronfman Science Center, and continues today with the advent of the New Science Center.

[1] As part of the adoption of Winter Study, students moved from taking ten 15 week-long courses per year to taking eight 13 week-long courses plus a month long Winter Study course in January. The reduction in length and number of courses required of the students had significant implications for teaching the laboratory sciences and mathematics. | Back|
[2] Edwin Morley, class of 1860, chemist, as the collaborator of A.A. Michelson in the famous Michelson-Morley experiment to detect the luminiferous ether (1887), had long before achieved international renown. Although Morley has been considered “Williams’ Most Famous Graduate,” [Faculty Lecture by David Park, Professor of Physics and Natural Philosophy, March 3, 1983], Morley’s Williams’ connection is not widely known as a part of the legend. | Back |

The tradition of liberal arts education at Williams College began two hundred years ago with a handful of professors and young men and a small settlement in the isolated Berkshire mountains. At that time it was one of but a few colleges in the United States. It had a President, a tutor, and 18 undergraduates.[3] Young men were sent to Williams to acquire the finishing touches of scholars and gentlemen.

Williams began operation in the Early Republic, when the newly created United States faced the uncertainties and problems of a newly established independent nation. Long dependent on Old World industry, the country had now to establish its own manufacturing industry, in order to achieve and maintain economic independence. At the same time, it had to improve and develop agriculture, both for domestic and international markets.

To that end, both rhetoric and practice contributed. In practice, a great number of societies were founded for the encouragement, improvement, and dissemination of agricultural and industrial knowledge. One of the nearest to Williams was Albany’s Society for the Promotion of Agriculture, Arts, and Manufactures. Societies, if sufficiently large and long lasting, usually sponsored the publication of a journal. Such technological and scientific journals carried, in addition to their scholarly and practical articles, a powerful rhetorical message to their readers, that science and technology constituted the foundation, the twin pillars, of the proud and rising empire that future America would become. Unencumbered with the institutional and historical legacies of the Old World, the United States, free to experiment with democratic government, would, through the application of reason through science and technology, construct an exemplary nation, a nation such as the world had never seen.

Against this background of faith in the power and beneficence of science and technology, it is surely no accident that nearly a third of the courses required of Williams students fell in the natural sciences and mathematics — some three times more than what is required two hundred years later.

With a strong and unwavering commitment to general education, an education in which science plays a major part, Williams, like other small, non-denominational liberal arts colleges, provided exceptionally fertile soil for the undergraduate training of American scientists, in numbers all out of proportion to such colleges’ size.[4] If, for the past century, graduate faculties at major research universities have provided the formal finishing touches to professional education in science, such universities have not furnished proportionately as many undergraduate candidates for advanced research and training as their smaller, non-university counterparts.

In that sense, schools like Williams, Carleton, Kenyon, Oberlin, Swarthmore, and Amherst have been the primary breeding grounds of this country’s scientists for the past century. Consequently, it is interesting to examine their history, in hope of finding some clue about what accounts for their peculiar distinction, a distinction all out of keeping with what one would expect. Eventually comparative studies may clarify why science education seems to have worked better in these small and collegiate academies than in larger, more well-equipped and nobly staffed universities.

Not surprisingly, historical accounts of science in America have concentrated on the roles of major universities, institutions, and organizations in the development of science, and have also treated extensively America’s most eminent scientists. But history which focuses only on the elite overlooks the large part played by lesser agencies. Just as it has become increasingly fashionable in the past 20 years to turn to the excavation of the relatively hidden histories of the not-so-elite, to provide a leavening, an historical counterpoise to the adulatory stories about the heroic greats, so too is it appropriate and timely to dig up and display the none too well known history of science at Williams.

Williams enters its third century facing an anticipated era of globalism, with all the attendant uncertainties and problems of a newly emerging international economic and political order. Much has already been made of the consequent need for scientific and technological research and for corresponding technical literacy on the part of the public, if the United States is to compete and maintain its position in the new order. It seems that the same faith in the power, if not the beneficence, of science and technology still animates American society.