1791 15 scholars are admitted to the “Free School” in Williamstown.

1793 The Free School is converted from an English and grammar school into a College and granted a charter from the Commonwealth of Massachusetts.

1795 The First college catalog ever issued by any American college or university is published by Williams College.

1801 The First Professorship of Natural Philosophy is established.

1806 Mr. Olds is made the first professor of Mathematics at Williams

1810 The Physics Department is established.

1816 Williams College is the first college in America to start taking meteorological observations.

1817 Amos Eaton lectures for a year in geology and botany, and sparks a great interest in the sciences.

1817 Chester Dewey is one of the first educators to take his classes into the field to study botany.

1825 The first Natural History Society connected with an educational institution is founded at Williams. This secretive Society is founded and run primarily by students, but after three years of growing popularity the Society breaks its vows of secrecy and renames itself the Lyceum of Natural History.

1834 Albert Hopkins is the first Williams Professor to visit Europe with an institutional mission: procuring instruments and apparatus for the improving the collections of the philosophy and chemistry departments.

1835 Edward Lasellis is named the first Professor of Chemistry

1835 Ebenezer Emmons and Albert Hopkins lead a twenty man expedition to Nova Scotia to collect a wealth of specimens for their museum. This is the first enterprise of the sort to be undertaken by any college. Later expeditions are made to Florida and South America

1838 Hopkins Observatory is built. It is the first in the U.S. built exclusively for the purpose of serving an educational institution.

1855 Jackson Hall is erected to house the growing collection of specimens belonging to the Lyceum of Natural History.

1861 $10,000 is donated by Dr. William Walker for the establishment of a quadrennial scientific expedition.

1850 Remains of a Mastodon are added to the Collection of the Lyceum of Natural History.

1875 22% of all the books in the Williams College Libraries pertain to science or scientific knowledge.

1877 Science professors begin to specialize in one or two subjects instead of teaching a multitude of quasi-related courses and the administration begins to seek faculty with Ph.D.’s.

1880-1881 The College purchases the Wilder Cabinet collection for the Lyceum of Natural History.

1888 The Department of Chemistry and Physics separates into two departments.

1893 The Thompson Laboratories are built.

1896 The Honor System is implemented at Williams College.

1903 Botany is separated from Geology and becomes part of the Biology department.

1905 A valuable collection of tertiary fossils is added to Clark Hall.

1905 There is an 80% increase in staff of the sciences, and the College over all, in order to decrease class size and maintain the quality of teaching.

1908 Clark Hall, home of the Lyceum of Natural History collection, is deemed unsafe and torn down. It is replaced with funds provided by Mrs. Bishop Potter.

1908 Hopkins Observatory is moved for the first time to make room for a dormitory.

1910-1911 President Garfield organizes departments based upon sciences and foreign languages. This system is similar to the Divisions that are created later in the century.

1920 The Geology major is created.

1924 A Plant House is presented to the College and named in honor of the Professor of Zoology Samuel F. Clarke.

1934 Mrs. Theresa B. Hopkins gives Hopkins Forest to Williams College as a memorial to her late husband, Amos Lawrence Hopkins.

1935 Hopkins Forest is turned over to the Government to be used as an experimental forestry station.

1935 Mrs. Emily Cleland, a graduate of Smith College, finished teaching the Geology course after her husband, Professor Herdman Cleland, along with the rest of the student-faculty expedition to the Yucatan, dies in a steam ship accident. Mrs. Cleland is the first woman to teach at Williams College.

1936 “Science for Non-Scientists” courses are offered. Created to make the sciences more appealing to a larger portion of the student body and to raise awareness of technology, which is becoming a larger and larger part of every day life.

1937-1938 The MIT/Williams Engineering Collaborative is created.

1938 Two psychology courses, “Psychology and Philosophy of the State,” and “General Psychology” are listed under the Philosophy department.

1941 Williams College begins to alter its curriculum to accommodate the large number of students enlisting in the military for World War II.

1941 The Board of Trustees approves $100,000 for a three-story addition to Thompson Chemistry Laboratories that will unite the Chemistry and Biology buildings.

1941-1945 Many Professors in the Science Department are transferred to larger research facilities and universities to participate in the war effort.

1942 In an attempt to decrease dropout rates due to the war, Williams College institutes an accelerated graduation program that lasts two years and eight months, instead of the customary four years. In addition, the College lowers tuition costs and creates programs (ROTC) and classes geared towards military sciences:

1953 Discovery of the double helical structure of DNA. This discovery has a great impact on the advancement of Biology at Williams.

1953 Ralph E. Worrest, ’53, uses a photographic telescope to take a picture of Orion. This was the first exposure of a star field ever made by a Williams student as part of his course work.

1961 The Intercollegiate Psychology Conference is held at Williams College.

1961 The Hopkins Observatory is moved a second time to make room for a new dormitory.

1962 The Astrophysics major is created.

1963 The Planetarium and Mehlin museum open in Hopkins Observatory.

1963 Williams College is chosen as one of five liberal arts colleges to serve on the Commission on Undergraduate Education in the Biological Sciences.

1964 The first Report of Science at Williams is published. This annual publication summarizes all research by Williams’ faculty and students.

1967 The College establishes the Center for Environmental Studies, one of the first of its kind.

1968 Bronfman Science Center, one of the largest and most up-to-date science centers is created.

1968 The Environmental Studies Program is created, the first program of its kind to be established.

1968 The College takes over Hopkins Forest from the United States Forest Service. The Forest will continue to be used for research by the College.

1969 The College purchases an electron microscope and X-ray equipment.

1971 The College creates the History of Science Department.

1984 Jesup Hall is converted to a computer center.

1985 The Sub-basement storage rooms of Bronfman are converted into classroom and lab space to accommodate increasing enrollments.

1985 The Science and Technology Studies Program is created.

1986 The Summer Research Colloquia is established.

1987 The Department of Computer Science is created.

1987 The Summer Science Program is established.

1987 The College establishes a premedical program with Mount Sinai hospital/University that will enable students to take fewer premed requirements and will offer early acceptance to the Mount Sinai Medical School.

1988 The Biochemistry and Molecular Biology Program is created.

1990 The Neuroscience Program is created.

1991 The first treetop walkway in North America is built in Hopkins Forest.

2000 The Science Center is opened and dedicated. 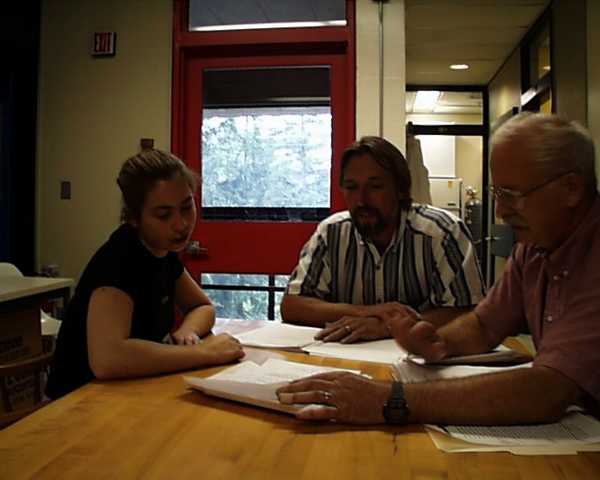