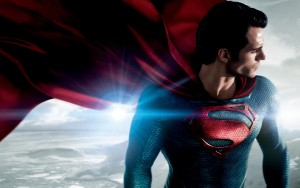 Mankind fancies themselves beings of superior intellect compared to their bestial counterparts. They pride themselves on their individuality, knowledge, and reason. Little do they realize that the strength with which they pride themselves are not even theirs to claim. The agency and free will that man believes himself to possess is an illusion. His ideas, his personality, his entire being is produced by the society with which he lives. From the moment a child is born they are forced through a lifetime of institutionalization, through which they are taught to believe that the lessons they adopt are organically formulated in their own minds. This is achieved most successfully through the arts, manifestations of culture. Ideologies present themselves in all forms of art masked by an innovative representation. The same stories are told and retold, but each generation discovers or develops a means to regurgitate the ideologies that society has instilled in them in a fashion that appears to be new. The reason it succeeds is simply that one cannot refute what one does not consciously know is being argued. Instead man mindlessly absorbs what he believes to be frivolous or harmless entertainment, while unknowingly accepting and adopting a set of ideals he most likely has already been exposed to and will continue to be exposed to in order to ensure his allegiance and conformity. A society cannot function unless each individual understands and respects the role they must play. Whether it be an aristocrat or a peasant, compliance is vital. In the 2013 action film, Man of Steel, directed by, Zach Snyder, a seemingly innocent story of the beloved comic book hero, Superman, is riddled with underlying ideologies of Christian theology and American patriotism. For over 75 years, the world has blindly worshiped him as a secular, fictional character, while unknowingly praising Christian and American propaganda.

Though not perfectly, Superman’s story, and specifically his story depicted in the 2013 rendition, Man of Steel, mirrors that of the story of Christ. Born on the planet Krypton, Superman, originally named Cal-El, is sent by his father, Jor-El, to the planet Earth in order to save its people. Jor-El, even goes as far to claim that his son “will be a God to them”, in reference to humanity. Similarly, Jesus Christ is sent by his father, God, to enlighten the people of earth and save them by way of dying for their sins. Both men are aliens delivered from the skies to humanity with the sole purpose of “saving” mankind. Once on earth both men are raised by an adoptive human couple, whom bear resembling names. For Superman, he is raised by Martha and Jonathan Kent, two farmers, whom discovered him after his spaceship is crashed in a field. They give him his “earth name”, Clark. Jesus, lacking a spaceship, entered the world through natural birth by way of his human mother Mary. However, Mary, wife of Joseph, was allegedly a virgin, whom had been chosen by the Lord to birth and raise his only son. In addition to similar names, the human father’s both manual labor occupations: a farmer and a carpenter. It is key that Superman and Christ are both raised in humble surroundings. From a young age, both men demonstrate godlike or supernatural qualities. Jesus, though not performing any of his more substantial miracles until adulthood, presents a superior wisdom that can only be explained by the grace of God. Superman as a child is depicted as performing several miracles. One of which involved the sinking of bus, where superman, under the alias of Clark Kent, pushed the bus out of the water and saves the life of a drowning bully. Superman attempts to complete this act of selflessness as covertly as possible as his human father, Jonathan insists on him keeping it a secret until the time is right. He believes that Superman has a greater purpose on this earth, but is cautious that humans will reject Superman out of fear. He repeatedly states “People are afraid of what they don’t understand.” This idea of rejection based on fear is one of if not the core theme of the story of Christ. Jesus is condemned and ultimately killed because those fear him and what he is capable of. Man of Steel attempts to stress this theme so extensively that they even depict Jonathan dying instead of allowing his son, Superman, to showcase his powers before the time was right. Both men do not openly demonstrate their powers until their thirties. Jesus begins his ministry, the period in which he performs all his miracles and spreads the word of God, with his baptism in Jordan. Superman enters the public sphere following his own discovery of his “mission”: after a Kryptonian spaceship is located in the Arctic, Superman enters the ship and inserts the necklace he was sent with, which turns out to be a universal key. Once inserted into the ship, Jor-El’s consciousness or spirit is uploaded to the ship. Jor-El’s ability to be present even after death as a guiding and all powerful source proves him to be God or at least a god like figure. Through his father, Superman finally learns who he is, where he came from, and most importantly what his purpose on earth is. Informing Superman of his mission, Jor-El states, “you will give the people of Earth an ideal to strive towards. They will race behind you, they will stumble, they will fall. But in time, they will join you in the sun, Kal. In time, you will help them accomplish wonders.” Additionally, Jor-El explains that Superman’s strength and abilities are fueled by earth’s sun; Superman is powered by light. Light, in the bible is a representation for good, knowledge, morality, and most importantly divinity. Throughout the film Superman’s relationship with light is emphasized to insinuate his holiness, in the same fashion that Christ is usually depicted with light. 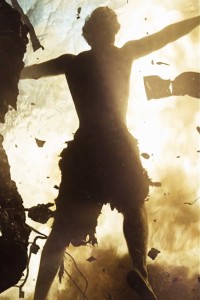 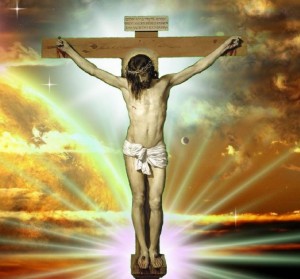 From the ship Superman acquires a Kyrptonian battle suit, in the colors of the American flag, with what appears as an ‘S’ on the chest but is in actually a symbol for hope. This is an overt attempt to label superman as a beacon of hope, just as Christ was. General Zod, mirroring Lucifer, eventually enters the story. Lucifer, often referred to as the Devil or Satan, is a fallen angel. Jealous of God’s power and glory, Lucifer attempts to overthrow the Kingdom of God, sparking the only war to take place in heaven, and upon his failure is cast down from Heaven. In a similar fashion, General Zod attempts to overthrow the Kryptonian government and miserably fails. As punishment for his treason, he, and those he led astray, are shot into a black hole, representing hell. Both men experience this before the birth of Christ, ie. Superman. Once faced with the savior, Lucifer and Zod both attempt to corrupt their foe and lead them astray from their sole mission: Lucifer attempts to convince Christ that humanity is not worth saving, and Zod attempts a very similar plan, arguing that they are both Kryptonians, and should thus build a new Kypton through the mass genocide of humankind. Following Zod’s introduction into the film is the most iconic scene of the movie. Overlooking earth from space, Superman speaks to his father, God, for the last time. Jor-El says to his son “You can save all of them.” Superman, understanding what must be done, levitates out of the ship in the shape of cross with the sun illuminating him, then bolts down to planet earth.

Man of Steel, a movie so heavily doused in patriotism, demonstrates not only what Americans value, but more importantly what it is to be an American. A brown haired, blue-eyed, white man from a working class family in the Midwest is depicted as the Messiah. It is not a coincidence that these qualities align with a country built on a white heteronormative patriarchy. Nor is it by chance that Superman’s story, while mirroring the story of Christ also embodies the American Dream. Clark goes from being a small town, farm boy to the nation’s greatest hero. For America, the only solution to its problems is through the power of a greater being. For America, Christ is the only option. 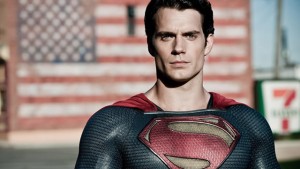