“Poem About My Rights,” By June Jordan. The poem was published in Essence Magazine in 1978.

“Poem About My Rights,” by June Jordan was published in Essence magazine in 1978. Jordan combats rape culture by sharing her personal experience with the world. The poem takes a stream-of-consciousness-like form. For example, the opening lines read “even tonight and I need to take a walk and clear / my head about this poem about why I can’t / go out without changing my clothes my shoes” (Jordan). Here, she uses no punctuation when she changes the topic. The lack of punctuation is a phenomenon that continues throughout the poem. The lack of punctuation, free verse format, and Jordan’s highly personal reflections make the reader feel as though they are seeing the world from Jordan’s point of view. Through describing her own life, Jordan highlights how rape culture affects women’s and especially women of color’s everyday lives.

The poem specifically highlights the prevalence of victim-blaming towards women of color. Jordan proclaims “and if after stabbing him if after screams if / after begging the bastard and if even after smashing / a hammer to his head if even after that…then I consented and there was / no rape” (Jordan). In this example she clearly does not consent; she fights back to the best of her ability. She uses this heartbreaking example in order to assert that even when a sexual assault case seems clear cut, even when a woman does everything in her power to fight back against her assaulter society will find a way to blame her; society will find a way to say it was consensual.

This is an early edition of “Poem About My Rights” published by the Harvard Radcliffe Institute. The draft is not extremely different from the final product but it is interesting to see Jordan’s process.

Throughout the poem, Jordan labels her various identities and attributes as “wrong.” She states, directly describing the rape aforementioned, “they fucked me over because I was wrong,” drawing a direct parallel between her identity as a Black woman, something society sees as lesser or “wrong,” and the likelihood that she will be assaulted (Jordan). This parallel is important because it brings to light the fact that women of color are at higher risk for sexual assault than white women; she brings awareness to the issue using her own experience. Further, she is highlighting that within society women of color are faulted for simply existing. It follows that they will be faulted for their own victimhood because society blames them for their very existence. This first time she labels herself as wrong it is more general; she is stating what she has been told as a woman of color in society. Later in the poem, she is more specific: “it was my father saying I was wrong saying that / I should have been a boy” and “it was my mother pleading plastic surgery for / my nose and braces for my teeth” (Jordan). Jordan is using the personal example of her parents criticizing who she is and the features she possesses, aspects of her life that are out of her control. She is not criticizing her parents specifically, but rather exposing to the reader all the small comments that were made throughout her childhood as a woman of color that led her to feel inferior, to feel “wrong.” 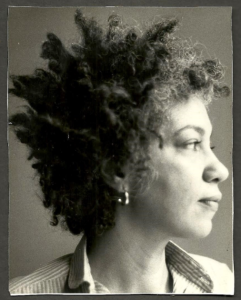 Feeling “wrong” is not specific to Jordan. She states “I am the history of rape / I am the history of the rejection of who I am” (Jordan). Jordan is asserting that the pattern of women of color often being victimized by rape and rape culture is not new, it is part of history. Furthermore, this victimization causes women of color to reject themselves, to blame themselves because society tells them they are wrong. Using herself as an example, Jordan seeks to break this trend, to break the historical pattern to which she too has fallen victim. She concludes the poem by flipping the narrative, stating “but let this be unmistakable this poem / is not consent I do not consent” (Jordan). Here, consent refers to societal perception; Jordan does not consent to her experience being defined by anyone but herself, does not consent to rape culture, does not consent to be complacent in rape culture. She then takes her rejection of societal imposition a step further. She speaks from her current perspective, saying “I am not wrong: Wrong is not my name,” refusing to buy into victim-blaming. She elaborates “my name is my own my own my own,” asserting that she defines who she is and what has happened to her; the repetition of my own is very intentional in underscoring her agency over her own life and how she describes it. Finally, she ends with “I can tell you from now on my daily resistance…may very well cost you your life”(Jordan). This ending is so impactful because she speaks directly to society; she speaks to the people who have tried to tell her that being raped is her fault and challenges them. Her words fill the reader with a sense of empowerment, rejecting any notion that rape culture is valid and implying that the reader too should resist the systems and mindsets that allow rape culture to continue.