We had somewhat of a free day today, so I chose to go to Kawai Kanjiro’s house with some friends. Getting there was a bit of a challenge as we missed the first bus we chose to take, and then had to find another one at a different stop. However, once we got there, I really enjoyed it. The house also functioned as a studio in the past, and now is a museum as a testament to his life and work. Many of the rooms had some of his pieces behind glass so we got to see the product of his labor, but we also got to see his environment. The house is quite large, with two different kilns. There was a small one (though it’s quite large itself) and then a very large one. 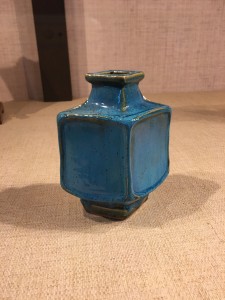 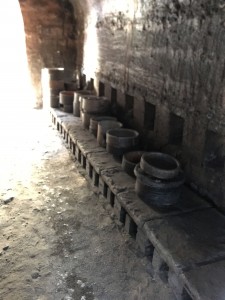 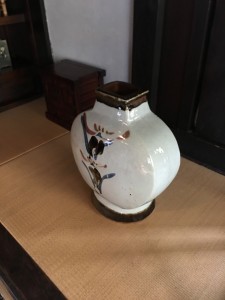 One of my favorite pieces that I saw was the first. The texture and consistency of the blue lacquer was fascinating, and I am a very big fan of the gold glint that shines through. It reminded me of this essay by Tanizaki Jun’ichirō that I am currently reading called “In Praise of Shadows” (in english, unfortunately). So in the part that I was reminded of, he speaks about how Japanese cuisine is best enjoyed under dim lighting, as the atmosphere is more conducive to creating wonder and hunger. And he used the example of soup and rice in a black lacquered bowl, with some gold. With the soup, you cannot really make out anything besides the fact that it is liquid, and so you are essentially unawares of other properties of the soup, besides it being liquid; this gives that part of the meal a mysterious quality. With the rice, he spoke about how the great contrast between the black of the bowl and the white of the rice induces hunger and excitement. With regards to the lighting, he spoke about how garish gold might seem in fully lit rooms; however, in candlelight, or other dim lighting as the food should be served in, the gold makes full use of the said light; its sparkle is more tasteful and subdued.

After going to there, we stopped at Ebisu-jinja and also did some shopping. We also went to a karaoke place at night. All in all, it was a good rest day. 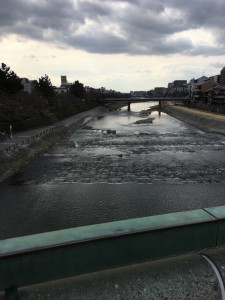 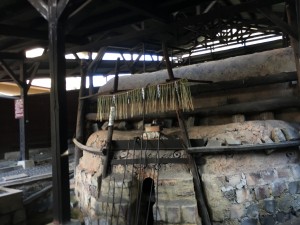 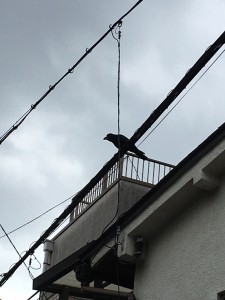 This entry was posted in kyoto and tagged kawai kanjiro, pottery. Bookmark the permalink.