A minority of massive, hot stars show H-alpha emission in their spectra, often due to circumstellar disks or extended atmospheres. In many cases, especially “Be stars,” these emission lines vary irregularly, but spectroscopic observations have been sporadic or focused on a few individual bright stars. There has been little long-term monitoring of H-alpha emission in a significant sample of stars. By using matched on-band and off-band optical filters, in conjunction with our 0.6-m telescope and CCD camera, I have been pursuing an imaging program to monitor H-alpha emission in early-type stars in young open clusters and associations. The broad goal of the work is to understand how these stars differ from normal stars of similar mass, and to investigate any other questions that the data may address.

Started in the summer of 2010, this project has characterized H-alpha and continuum variations in 10 Be stars in two open clusters (coauthors: Allen Davis: ’14, and Yaron Teich: Vassar ’13), found several new candidate Be stars, and incidentally found two new cool variable stars in NGC 659. We have also demonstrated the ability to identify faint A type stars based on these data. Initial observations of ~30 clusters have been used to pare the target list to ~20 clusters for ongoing observations. 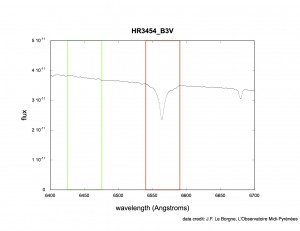 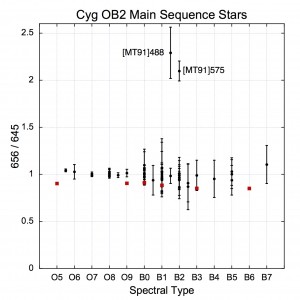 By taking images over time, we can construct a “light curve” for a star. Below is the light curve of the variable Be star V1147 Cas, showing that the continuum (blue) and H-alpha (red) vary differently. HJD is a way of expressing date and time in days. 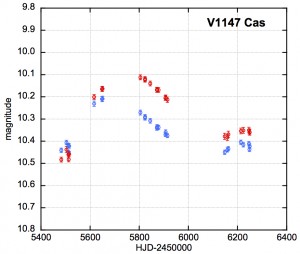 Sometimes we find other interesting objects, such as this eclipsing binary in which the brightness varies as the orbiting stars regularly block each other’s light. 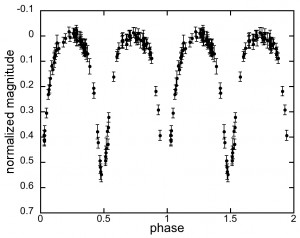 Students who have worked on this project: 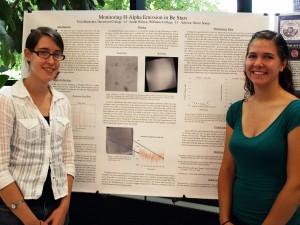 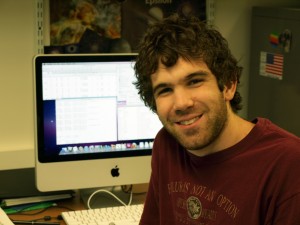 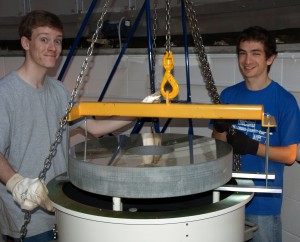 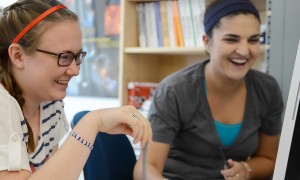 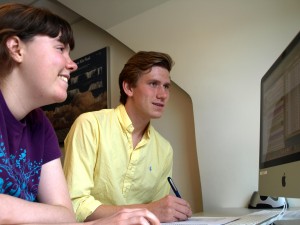