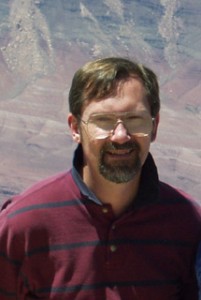 Steven Souza (Senior Lecturer, Emeritus) received his B.S. from Cooper Union in 1973, and his M.S. and Ph.D. from the State University of New York at Stony Brook in 1975 and 1979. respectively. His thesis work centered on cold interstellar clouds, and resulted in the first detection of the diatomic carbon molecule (C2) in interstellar space. He served previously as Instructor and postdoctoral researcher in the Department of Physics and Astronomy at Williams College, and as Visiting Assistant Professor in Computer Science at the University of Illinois. At the General Electric Research and Development Center, he conducted research in Magnetic Resonance Imaging (MRI) for medical diagnostic applications, including blood flow imaging, medical device position tracking for surgical procedures, sciatic nerve imaging, and microscopic MRI for laboratory pathology studies. He developed systems for medical image processing, ultrafast MRI, multi-channel proton (1H) and phosphorus (31P) imaging, high-field MRI, patient safety, MRI-guided therapy/surgery, and a prototype system for imaging human limbs. Since returning to Williams, his did research on occultation observations of small bodies in the outer solar system (e.g., Pluto), observations of total solar eclipses, and spectroscopy of planetary nebulae. He is now conducting a research program to monitor H-alpha emission by Be and other massive stars.  He has served as a reviewer for the NSF, PASP, Astrophysical Journal, Magnetic Resonance in Medicine, and IEEE Transactions on Biomedical Engineering. He has authored or co-authored 56 journal articles, 118 abstracts, 7 books and 4 book chapters, and holds 27 US patents. His publications have been cited >10,000 times (per Google Scholar).