Most scholarship has been concerned with the original authorship of ‘Spens’ and whether it has basis in historic events. The most recent and thorough work on this subject has been by William Bowman Piper who shows that Percy crafted the Scottish ballad by editing words and verses and adding his own elements. Piper (‘The Composition of “Sir Patrick Spence”‘, 2002) supports and advances T.F. Henderson’s theory that the ballad was most likely based on the voyage in 1589. 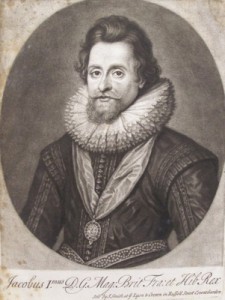 Sir Patrick Spence, or Spens, of the ballad may have been Sir Patrick Vans of Barnbarroch, the original ambassador sent to negotiate the marriage between James VI. and Anne of Denmark, and that the ballad may have voiced the rumour of disaster to the expedition of James VI. when in company with Sir Patrick Vans he set out during tempestuous weather in October 1589 to bring home his bride, who had been driven back by stormy weather to the coast of Norway. But whatever the origin of the ballad, the theory of its unique antiquity rests on a mere inference of Scott, which there are no sufficient facts to warrant. More than this, the ballad could not have been preserved from so remote a period, in any near resemblance to its present literary form; and the absence of any references to it in the older writers is almost proof positive that it had no existence until towards the close of the sixteenth century. 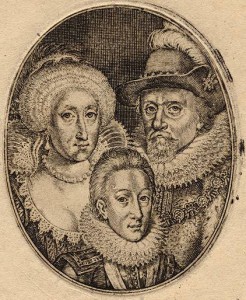 Anne of Denmark; King Charles I when Prince of Wales; King James I of England and VI of Scotland by Simon De Passe