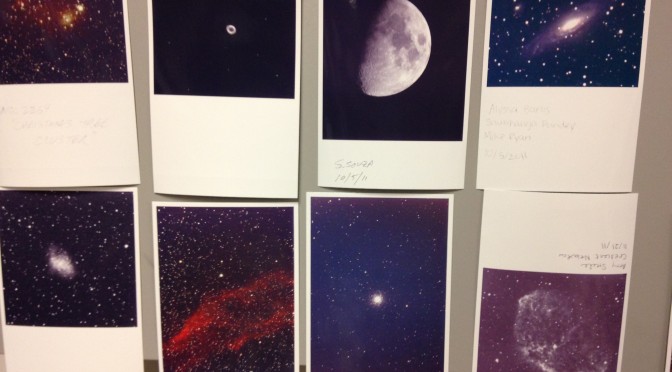 The space between stars is emptier than any vacuum we can create on Earth, but it still contains dust, hydrogen, helium, more hydrogen, some carbon, and more hydrogen. This “interstellar medium” is a critical part of the galaxy because it’s where stars are born and die.

In Astronomy 402, we study the physical processes that govern the interstellar medium, from giant molecular clouds to superheated supernova remnants. For a project this semester, we were each asked to image a unique nebula, a cloud of dust and gas that is lit up for varying reasons. In the case of my nebula, the dust and gas was illuminated from other stars, like fog that can be seen because of light that reflects off it. In other nebulas, light shines from the gas itself, like a fluorescent bulb.

Using the 24-inch telescope on the roof of the Thompson Physics Laboratory, we took images with different filters: red, blue, visible, H-alpha, and [O III]. Each filter is a piece of glass placed between the camera and the sky that only permits certain wavelengths through, providing different information about the physical conditions in the nebula.

Narrowband filters like O[III] and H-alpha only let through very small wavelength ranges. The names O[III] or H-alpha refer to the fact that we’re looking at light from doubly ionized oxygen (O[III]) or ionized hydrogen (H-alpha) – in other words, these elements have lost one or two electrons. On the other hand, the blue, visible, and red filters let through a broader amount of light to produce a more general image.

Looking at the [O III] can indicate the presence of oxygen and constrain temperature models. This information is then combined to identify different temperature and ionization phases in the interstellar medium.