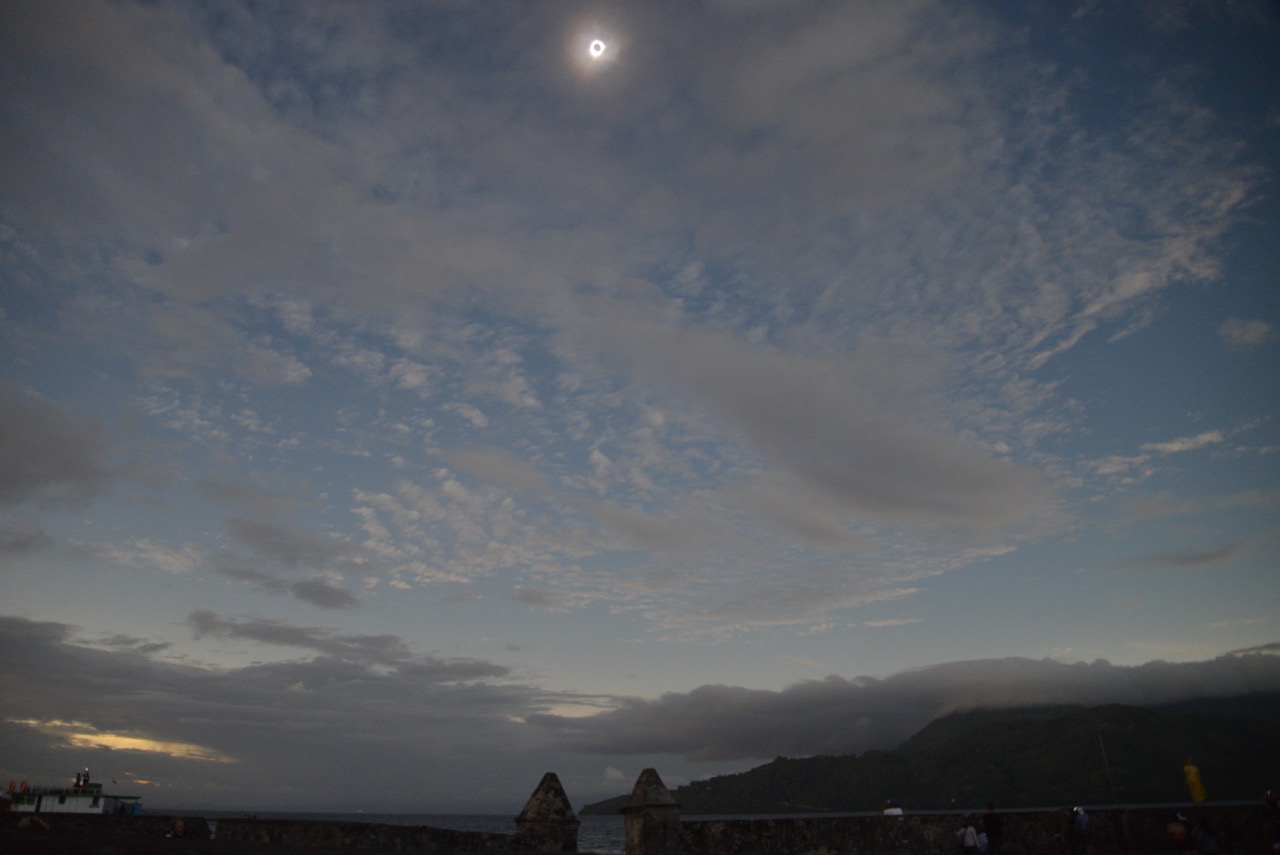 Our view of the March 9 total solar eclipse (9:55 am local time = 7:55 pm on March 8 in New York) from a 16th-century fort on the south side of Ternate. (The fort was built by the Portuguese in 1504 and rebuilt by the Dutch in 1610; it can be seen as a pentagon in Google Earth on the southeast side of Ternate.) All the eclipse phenomena were visible: diamond ring, Baily’s beads, prominences (with a particularly bright prominence at the 9 o’clock position) and the corona, but through thin clouds.