We like to understand what we see on the screen in terms of archetypes, whether it’s tragic heroes, infuriating villains, or anything alike. We like characters that make sense; characters that get what they deserve. Our stories should provide us with lessons, or teach us something profound about the world. We crave understanding from what we engage with on the television. We desire entertainment, yes, but also the conviction that there are in fact ways in which to live, perspectives and methods of thinking that will lead to some outcome preordained by that very approach. Show Me A Hero is a television series that not only questions this, but tells us to feel resigned to disruptions in our ways of living that inevitably change our outcomes. It gives us our tragic heroes, our faithful sidekicks, and our unrelenting narcissists, who are willing to burn down everything around them if the smoke lifts them higher. But the show leaves the viewer unsure and troubled by how little control each of us has on the future of our lives. It suggests regardless of our choices there will be outside forces that we can’t overcome.

The show makes us question our agency. Show Me A Hero, a six part mini-series created by David Simon, chronicles the political debate around desegregation of public housing in the city of Yonkers, starting in 1987 and moving forward into 1994. Nick Wasicsko is a young council member running for mayor with almost no shot against six-term incumbent Angelo Martinelli. Everything changes, however, when a Federal judge rules against Yonkers requiring the desegregation of public housing, which Martinelli doesn’t appeal. The rest of the series pits the mostly white, affluent east side of the city and their council representatives against the order. The show isn’t kind to these people. Throughout the series they are defined as a one-dimensional white mob that are convinced that they aren’t racist, but rather are just protecting their property values and communities. The only one who is really explored is Mary Dorman, a long-time resident and community activist. One of the ‘heroes’ of the show, her journey from ardent opponent of the housing to the new residents’ biggest white advocate is heartwarming, if not a bit cliché. Her path to sympathizer once she gets to know the residents of the new public housing is praiseworthy but also reveals that, while she was a valuable resource in making the housing project a success, it didn’t matter. As she is told many times, and eventually repeats herself, “The housing is coming whether you like it or not” (Episode 6). 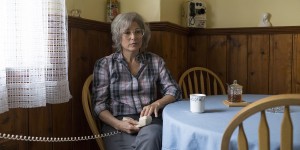 Perhaps more illustrative of the futility she feels is what comes earlier when she’s still opposed to the housing. Shoveling the walk to her front door, she remarks to her husband “We keep shoveling the same walk. It never ends.” She’s talking about the run of politicians who have promised to fight the court order on housing, but then turned when the reality of governing faces them in office. More broadly, it’s the same theme. The world moves, and try as we might, we have little real influence.

One of those politicians who turned on his word also happens to be the main character of the show. Nick Wasicsko beats the odds to become the youngest mayor in America, riding the support on his promise to appeal the housing decision. The scene in episode one where Wasicsko screams “I’m the fucking mayor” (Episode 1) surrounded by his friends and family on election night is his peak. He spends the rest of the show fighting for appreciation and self-worth as the world chews him up again and again. His term as mayor soon descends into chaos as he reverses course on the housing decision, and desperately pushes to get a plan through the city government to avoid fines that would bankrupt the city. Against him are the masses of east Yonkers who come out in mob form to every council session, and their representatives who have to choose between passing the housing or re-election. . 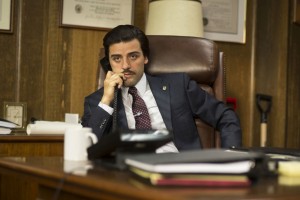 Wasicsko never had a chance at re-election after turning to support the public housing, but would never lose the addictive taste of his big election win. As his life spirals lower and lower – losing the re-election, ceding his candidacy the next cycle to be a councilman again, and eventually losing that seat too after one more term – he desperately tries to hold onto something, anything to validate his self-worth and turn his life around. Unfortunately, all he can see are politics and soon he starts to play with the lives of his friends and family. His wife Nay urges him to stop, saying “You can’t mistake votes for love” (Episode 6). Soon his political gambling costs Nay her job, and at his lowest ebb he challenges his best friend for her council seat. This is Nick’s tragic flaw. Votes and the affirmation of personal love that they bring is all that he values, and at his absolute nadir, with his political career finished and his closest relations being torn apart by his desperate political maneuvers, he takes his own life. He is a flawed hero, who stood for what was right and paid for it, and never could quite figure out that there was more to life than votes. The title of the series comes from a telling quote by F. Scott Fitzgerald: “Show me a hero, and I’ll write you a tragedy.”

What makes Wasicsko particularly compelling are his contradictions. He is a cynic yet never a realist. His optimistic spirit seems born out of an unending confidence in his ability to make things work. It’s not that he’s especially charismatic. His confidence seems more driven by his relentless desire for affirmation of worth. He both continually asks his wife if she’ll love him no matter what and espouses confidence she’ll never leave him. He makes repeated visits to his father’s grave, where his conversations scream of a relationship that lacked the desired affection. Perhaps this is the point, that his show of confidence is derived from a need to prove to himself that he can be loved, that he is worth the love that his father never gave him. But speculating on father-son dynamics is not the point. Nick is a man born for politics; he lives and feeds off of it. He has the self-belief and cunning edge required, but he doesn’t have the capacity to accept defeat. Instead of accepting the powerful political and social forces around him, he plows on directly into the storm. Only when he finds himself alone in the churning waves with a broken boat does he realize the damage he’s done. When he realizes how truly alone he is and can’t see a way out he breaks down in a particularly poignant scene. He has tried so hard, gambled everything he had to win back his political position and admiration, yet nothing, not even a Kennedy Profile in Courage Award nomination, could change his political fortunes. He was too scarred, having taken all the consequences of the housing case that would forever taint his name. This is the point the show is trying to make. Wasicsko was powerless against the political forces around him and unable to change that no matter what he tried.

More importantly Nick Wasicsko was not a martyr as the title might suggest. What took him down was his connection to the public housing project, yet when the first units are up and he visits a block of residents, only one even knows his name. Nor is his anonymity the cost of such social progress. Regardless of his decisions, the city was going to be forced to integrate. If it took making Yonkers bankrupt, the Federal judge was going to do it. So what can we learn from Wasicsko as a character? He’s not a martyr for progress, and his political career was destined to be limited by the negative influence of his affordable housing projects association. The reason he gambled his wife’s job was because his own party was already freezing him out when he was a councilman for the second time. His actions only hastened his demise and speak to his desperation to turn things around as political forces much larger than himself pulled him down. It is easy to characterize Wasicsko’s eventual suicide as the product of his flawed character. But hidden beneath that was that every mistake he made on the way down was an attempt to stop and reverse his slow decline already taking place. 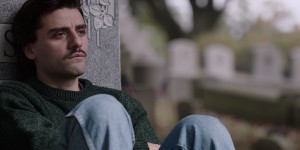 The relative insignificance of an individual’s choices that the show implies doesn’t mean that people don’t have any choice in their lives. At any moment Nick Wasicsko could have picked up and given up on politics. One of the residents of the new public housing units, Carmen Febles, could have stayed with her family in the Dominican Republic. Doreen Henderson, another resident, could have continued to deal drugs. The unspoken message of Show Me A Hero is that regardless of personal choices, there will be larger forces along each path that will impact you. Febles tried to improve her family’s life but the power of poverty follows them to the Dominican Republic and back. Despite her endless hard work and conviction that “we are too good for this place”(Episode 5) (the projects), her family remains subject to a lottery to get a new home in east Yonkers. Billie Rowan, a resident of the new housing project who is doing her best to start a new life for her kids, is evicted because her boyfriend (and father of her children) commits murder back on the west side of Yonkers. Everyone remains victims of forces out of their own control.

It’s therefore not exactly a lack of agency or ability to shape our own lives that the series is trying to transmit. Show Me a Hero is instead convincing its viewers that regardless of their personality or what they do; whether they’re hard-working, endlessly optimistic, or practical, there is no guaranteed outcome. There no secrets to approaching life or character definitions that can assure you a certain experience. Instead every path is subject to forces one can’t control, be it political, economic, or social. Our individual destinies will not define, but rather be defined by the large forces they encounter. Some things are inevitable, others are variable. Nothing, however, will be controllable, and accepting that and “making the best of it as we can” (Episode 6) as Mary Dorman says is all that is left. This is what the series leaves with viewers, the idea that there are no ideologies that one can possess that will shape exactly how one sees or experiences the world. Instead there is only the ideology that we are always subject to the whims of forces greater than ourselves. It’s not a message to convince people they have no real world agency. It’s instead to convince the viewer that they’re ability to determine their future based on actions and character will always be insignificant relative to the complex and shifting political and social forces surrounding us.