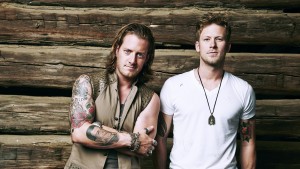 Country music of the 21st century has been nicknamed ‘bro country’ due to the lack of female country singers in Nashville. According to Billboard, in 2014 women sang only eight percent of charted country singles. Country music is rich in Southern tradition where white men have stereotypically reined king along with the Bible. Southern men are losing their dominance over women due to the increasingly progressive agenda the 21st century regarding women’s equality. Through their catchy, misogynist lyrics bro country provides a solution to this progressive agenda by giving its male listeners advice on how to reassert their dominance over women: objectify and sexualize them. The level of sexualization of women has increased in recent past and that the “objectification and sexualization of women is a result of highly sexualized media” (Brandt). By turning women into sexual objects, country songs attempt to reassert their waning male dominance over women. By praising females who ‘dresses up’ for them, bro country artists turn a women’s body into a sexual object whose sole purpose is pleasure. Through their misogynist lyrics, men are fighting back at the progress made by women by showing their listeners how women should be treated as and valued in society. Bro country songs provide three ways a man can objectify women and exploit them by turning her into a sexual being that succumbs to her sexuality.

Although there is an infinite amount of songs I could have analyzed I randomly chose three of the best selling Country songs of the decade. All of these songs coincidently happen to be sung by male, white, middle-aged artists from Georgia (although one member of Florida Georgia Line is from Florida).

All three of these songs fail to call the women in them by their actual names, but instead use demeaning adjectives to describe them such as “pretty girl” and “baby”. Although ‘baby’ a term of endearment used between couples, this nickname takes on a new meaning when used at the bar to pick up a girl. Calling a stranger ‘baby’ (“I walked up and said, Baby you a song”) immediately degrades their being because you are implying that by nature they are inferior to you. This name degrades their capabilities because they are likened to someone who is unable to take care of herself. Calling someone baby implies possession and dominance over her. It is also less personal than calling someone by their actual name, or better yet asking for their name.

In addition to being called a baby, females are also called “girl” instead of you. Naturally, “girl” implies a sense of inferiority such as in the phrase ‘you throw like a girl’. If the informal “you” is used in a country song, it is in the possessive form ‘your’. ‘Your’ is then used to refer to a specific body part or feature as in the lyrics “your little hot self” “your eyes” “your hand” and “your lips” and “your t-shirt”. All of these phrases separate a feature of a women from the whole. By compartmentalizing women, they are not seen as whole beings but are rather seen as a compilation of features. Singling out a specific part of a women objectifies her and holds her body to the sum of its physical parts. By referring to a women by her specific parts, country lyrics objectify women so that they do not have to be seen as equals to men. By referring to girls by their body parts instead of the whole (“long tanned legs”), men associate value to certain parts of women.

Songs and their lyrics are able to convey emotions in people because they paint vivid pictures and descriptions of their subjects. The Star Spangled Banner vividly describes the American Flag to associate notions of resilience, strength and determination with the United States. Bro Country songs paint vivid pictures of women’s bodies to associate notions of sexual desire and lust with women. Popular culture “conveys contradictory messages to women about their sexuality, first teaching them that social validation comes from sexuality and then holding them in contempt for behaving sexually” (Glantz). Country songs are no different. First, country songs socially validate females through the exposure of their bodies. When “She’s poppin’ right out of the South Georgia water” Florida Georgia Line is praising a girl who has a malfunction. The girl’s mishap is twisted to be a good thing, and that it is good to expose yourself. These songs tell women what they should wear on their bodies to please men “tan skirt and boots” “red dresses” “black dresses” and “bikini tops”. By telling a girl to wear a dress or a skirt is telling her that she either needs to wear something that can easily be accessed, or that she should wear something that specified for women. Women fought hard to be able to wear pants and shirts instead of dresses, skirts and corsets. Country songs tell women that they need to cover themselves like they used to. Country contradict themselves by telling women that they need to wear dresses to cover themselves while also telling them to wear bikini tops and show off their “long tanned legs”. Country songs socially validate and praise women by showing off their bodies, rather than appreciating them regardless of what they wear and their body shape. 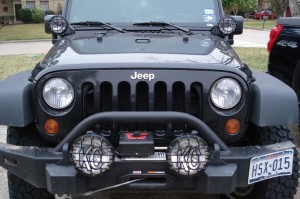 Country songs about trucks sexualize women and emphasize male masculinity. “The pop culture storyline works to reinforce systems of gender inequality by promoting an association between masculinity and dominance and power and control through the universal assumption of a male viewer” (Glantz). Trucks are seen as a symbol of masculinity in society. Country artists emphasize their trucks (and thus their masculinity) by describing their trucks as “big” and “jacked up”. The truck acts as a metaphor to demonstrate how easily trucks seduce women. Trucks assert male dominance through their ability to fulfill the needs of women “I got that real good feel good stuff, up under the seat of my big black jacked up truck”. Since the truck is big and jacked up it has “feel good stuff”.

For those of you who don’t know, KC lights are these two circular light fixtures that are attached onto the grill of a car (or truck) used to imply boobs. In one lyric, “I turned on those KC lights and drove all night”, the lights act as a metaphor. The guy is turning his KC lights on thus turning her on. By having the ability to fulfill the needs of women, men are showing how they can dominate over women. If women are seen as sexual objects, having the ability to control her sexually shows his power over her. In order to assert your dominance over women, you need to seduce them. Some lyrics choose to emphasize male arousal such as “brand new Chevy with a lift kit”. A lift kit is when a truck is raised above its usual height to ‘jack it up’ and is often done in a body shop. The lift kit acts as a metaphor to show how men control both themselves and women sexually. It is the male that bought the “lift kit” for his Chevy. In the lyrics he is in control of both his body, and hers.

In country songs Trucks are depicted as means necessary in which hooking up can happen. From “blowin’ stop signs” “rolling the windows down and cruising” putting “her legs up on my dashboard just the way I like it” “getting it stuck” and “taking it way out”. Since trucks are a symbol of masculinity, country lyrics imply that women are dependent on men to “get our love on”. In one song, driving around in a truck makes it so the guy doesn’t have to take the girl out on a proper date, “all them other boys want to wine you up and take you downtown” but instead were going to “sit down on my diamond plate tailgate”. Country music makes it seem like women are sexual beings desperate to have sex and that only the man can fulfill her needs. By having sex with a women, you are thus asserting your dominance over her because you are in control of her.

If women are being treated poorly in country songs, than why are 52% of country music listener’s women (according to Billboard)? Country music complements women’s bodies and intensely flatters them. Women do not have a problem with being complimented by men. In fact, many women enjoy being complimented by men, which is why country music is appealing to them. Who doesn’t want to listen to a feel-good song full of complements? The problem with country songs is that only women’s bodies are being complimented. These back handed complements exploit women and tell them how they should dress and look in order to be praised by men. By only complimenting their bodies, country music exploits women by providing them with a false sense of recognition. In actuality, solely praising certain physical features implies a standard for how a women’s body should look and be dressed. Country music sets a male dictated standard for how women should be valued in society. “Girls who are exposed to objectified images of women score lower on the Body Esteem Scale than boys do” (Brandt). Not only does country music devalues women, it lowers their self-esteem. Women should not have to dress to impress men, nor dress to receive approval from men. Women should be complimented on more than just their bodies. Country songs make it acceptable for men to dictate how women should look and provide a guilt free socially acceptable way to judge her.