“Let it be known that the following post hypothesizes about a fictional scenario that in no way can be appropriately applicable to our society today… Fiction cannot be adapted to reality… But it can be pondered upon.” -Shahzad Mumtaz

What makes life meaningful? Are there multiple benefactors in combination, or is it due to one overarching factor? Ray Bradbury depicts a society in Fahrenheit 451 in which the masses have been reduced to ignorant shells due to their fixation on commercial culture. The rapid industrialization of entertainment makes it very accessible for Bradbury’s society to tune in to their televisions and tune out from the rest of their world; from their loved ones, their neighbors, and even from themselves. Not only did entertainment become a pervasive part of society, literary works are burned because they are useless to the progression of individuality. But, there remain a few exiled groups that still believe in the significance of past literature who seek each other out for the preservation of knowledge.

In today’s society, it is suggested that reading literature, especially the classics, can kick start people’s lives to the best that it can be. Looking back on the past forms a streamlined effort into a better future. Not only is literature beneficial in cultivating awareness of the importance of being educated, but it also promotes critical thinking.  The human mind is malleable. Effective use of critical thinking can establish identities that are distinguishable from person to person, which is an important factor in developing individuals that differ from the majority. Basically, critical thinking is important… more important than I think people realize. 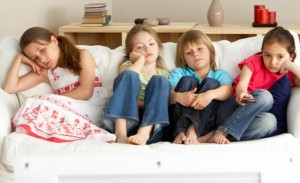 Despite Bradbury hypothesizing about a future that could change due to its variableness, speculation does not equal causation; the said future is not bound to happen.  Yet, extrapolating over a problem that is present today (and yes, we can all agree that technology is advancing) is not out of the ordinary. This extrapolation, this extension of a current predicament into the unknown is not unwise. Thus, this essay is a hypothesis, a cautionary tale of sorts that draws inspiration from other cultural theorists that have also hypothesized about the impending future based off their current (at the time when they writing) state of being.

Bradbury’s society provides a hypothetical example (granted, an extreme example) of what can happen when literature is not prioritized over other modes of information. Cultural theorists have speculated over the different types of culture. Both F.R. Leavis [1] and Raymond Williams [2], a notable teacher and student duo, have formulated their discontent with the state of commercial media and it’s insidious influences on the masses. They both state that the reading of literature, especially classics, as the salvation of society. Yet, they differ in regards to the how much of an effect literature can have on the relative happiness of a society. Williams develops an alternative to Leavis’ binary schematic of culture. This schematic presents two forms of culture: one in which there is a minority whose job is to share literature; this is the culture of knowledge. The other form is the commercial culture, where media is highly valued. On the other hand, Williams provides an alternative to the commercial culture. His idea of a “shared culture”, which encompasses the inaccessibility to education, does not hinder the development of relationships. There is the proposition that the classics are not essential for developing a culture, since there will be another community (that is separate from the educated) that although shares the struggle of not having classics, can still develop familial bonds that strengthen relationships. However, Fahrenheit 451 establishes a society that has removed literature, but is completely void (in the masses) of not having a shared culture; their culture is individual, lacking, empty-minded, and selfish.

It is important to highlight the supposed result to a society that is devoid from any form of literature, since it establishes a baseline of what could happen. Williams proposes that in a shared culture without access to classic literature, there is a mutual sensibility in helping others in the community; you have to help in order to be helped. Reciprocity is the mode in which the individual reconciles with the community. Bradbury discusses a community in which there is no shared reciprocity; the individual is focused on the individual, and there are few interpersonal relationships. And this lack of interpersonal relationships is manifested through the dominance of media.

Looking at a textual example of this hypothetical scenario, when Guy Montag asks his wife Mildred to tone down the television, she replies simply, “That’s my family.” (Bradbury 46) People in our society today would obviously view this statement as problematic. But, Mildred does not notice anything strange with her form of thinking. Commercial entertainment is so prevalent that familial relationships have been put inferior to a person’s relationship with their television. Their prized possessions are their television screens…. Just like Michael Scott.

Interpersonal relationships have declined so much that companions are seen as present but not present at the same time. A paradoxical statement, but nonetheless true. Furthermore, there are examples of a lack of culture that not only apply to significant relationships, but to on a broader scale of infusing politics with everyday life. When discussing the upcoming presidential elections, Mildred’s “friends” (this word is purposefully in quotes because it’s sarcastic) cast their vote by judging which candidate was the best looking. First off, that is crazy. But, what is even kookier is the absence of anyone’s double take. She just determined her vote on physical appearance. Someone should have corrected her, so she could see how misinformed she really is! Interpersonal relationships, a manifestation of the hypothesized shared culture of Williams, has dwindled to a point that there is little response to another person, even if they are spouting nonsense.

Guy and Mildred are in a marital relationship, but entertainment has dominated her existence for so long that she is noticeably present, but lacking at the same time. Guy “[sees] his wife stretched on the bed, uncovered and cold… the room was indeed empty” (Bradbury 10). The inconsistence of his thinking is a manifestation of this absentness. Their shared lives should be intertwined, a meaningful relationship that the reader should be able to, right off the bat, partake in. That being sad, the dynamic is completely deviates from a “typical” relationship. Not only is there little affection, she is both socially and mentally empty. Devoid from substantial and significant relationships, her infatuation with the television screen negates any opportunity to develop personal ties with any real human.

Critical thinking entertains the mind; it dances, trembles, and stutters over grasping concepts that seem to be incomprehensible, far out of reach. It is enticing, and draws the reader in. Classic literature invites to flip through their pages, while also engaging in a battle with the reader; thus, the reader is locked in a struggle of comprehension. The readers wonder, “How do I fit into this? Do I have any concerns?” There is a silent exchange of information, a thought-provoking conversation between the author and the reader. Society needs to be permeated by thought; the stimulation of the mind funds the progression of advanced human interaction.

Entertainment, especially thoughtless entertainment that has been reproduced over and over again, has steered society down a path in which a person’s response to commoditized art is strained; there is an overbearing presence of entertainment that provides too much exposure to “arts” that is not as beneficial as other options. It provides laughter, a temporary relief from the woes of society.

While unknowingly basking in the short-lived pleasure of what the commercial culture has to offer, the people are cognitively restrained. The media, and specifically commoditized media, is momentary filler. It bridges gaps between extended amounts of time in which a person is engaging in a temporary release of other, more important duties. Furthermore, the increased accessibility to entertainment leads to the world shedding its variety. The root of the problem lies in the de-individualization of the masses, caused by the rise of commercial entertainment.

While Fahrenheit 451 is not an example of what is going to exactly happen to our society today, is there a harm in providing a speculative example of what one author believes can happen? Putting both the removal of literature and the extreme progression of technology side by side may never happen to us, but how scary the consequences. It highlighted a culture devoid of literature is rendered mindless. In this case, the absence of literature created a life that is not worth living for. A person’s identity is polluted and corrupted by the manifestations of society, ultimately creating an empty shell of the former person. Furthermore, this post raises cultural awareness based off a fictional scenario that in no way shape or form is indicative of the future. Instead, similarly to Ray Bradbury’s explanation (Bradbury’s Explanation of F451), it is used as a preventative measure. We need literature. We need a shared history that is feasible, tangible, and most importantly, relatable.