This morning we all hopped in cabs and met Professor Bethe and Sachi-san near the home of Ōtsuki Kōkun, the Noh mask maker. Climbing up to his second floor studio, we were greeted by about twenty masks, lying out on tables around the room. After we had a chance to look at the masks, Ōtsuki-sensei told us about his journey to becoming a Noh mask maker as well as his relationship to creativity in his work. After leaving the workshop, we stopped for lunch before heading to the Sasaki family Noh robe workshop. That workshop was much more of a serious factory work environment than any other we had visited. In the back room, we squeezed between men working at the century-old looms prescribed for their specialized variety of Noh robe.

At Ōtsuki-sensei’s workshop, he insisted that he did not produce any art outside of Noh masks, because he thinks that he would slip if he let his expression get too loose, but did show us his personal Noh mask projects. One of the most memorable was a blind woman mask, which he created when he realized that there were no blind women in the Noh canon and for which he is writing his own play. Another special mask which I found fascinating and strikingly beautiful was a mask for a woman character (existing in Noh) who is in an incarnation of the tricky kitsune (fox). His iteration of the mask features a mosaic pattern which is difficult to discern from afar but adds mystery and otherworldliness, especially when seen from up close. It was interesting to think about the ways in which Ōtsuki-sensei finds wiggle room within prescribed rules of Noh mask-making, particularly since this dichotomy was a sentiment echoed by Gakyu-san, the Buddhist sculptor, and Dairiku-san, the tea master.

In addition to trying his hand at writing Noh plays, Ōtsuki-sensei has also spent time performing on stage in Noh plays, which he says deepened his understanding of the gravity of his task. He dwelled particularly on wanting his masks to reflect the sounds of Noh, the deep guttural ho’s and yo’s.

In comparison to the other craftsmen we had visited, Sasaki-sensei was the most business-like. His studio had employees and a shop, and he had the air of manager more than craftsman. Watching his employees at the looms, though, was a different story. While the only freedom they have is the placement of the colors, they have to be extremely precise and adept at manipulating very old machinery, including a punch card pattern system. Sasaki-sensei expressed that he is hesitant to take on new weavers because he is not sure that he will be able to guarantee them lifetime job security, due to the decline of Noh. It makes sense that a person uncertain about the future of their business would be hesitant to upgrade their technology, particularly if it still works, but in some ways it also seems like a self-perpetuating cycle, if you don’t upgrade the equipment you can’t modernize; if you don’t modernize, you won’t need the new equipment.

After visiting the Sasaki workshop, I went up to Dōshisha University to visit my sensei from last fall, and say hi to all of the office staff at the Kyoto Consortium for Japanese Studies. I made the Facebook page; check me out: https://www.facebook.com/KCJS.Japan/photos/rpp.591257460979958/1393808277391535/?type=3&theater

Then I headed to Nishiki to get some food from our potluck. I really wanted to buy a hunk of eel, so I did. It was delicious. 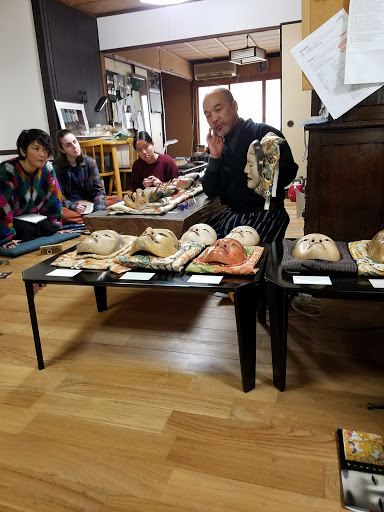 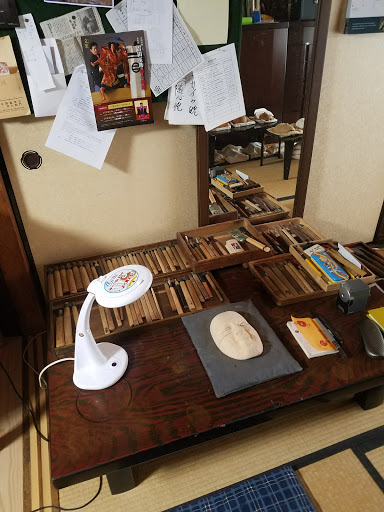 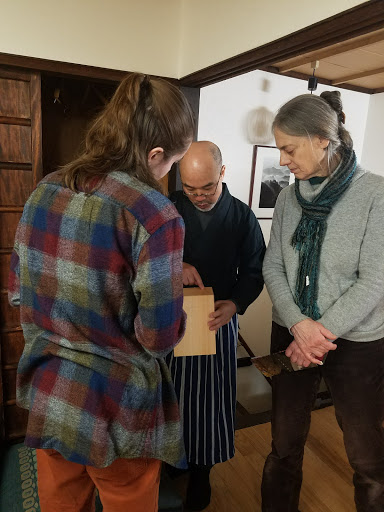 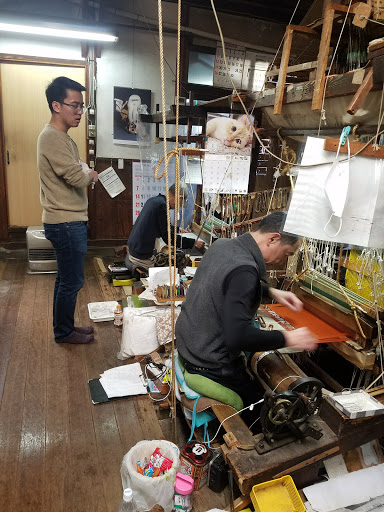 CJ is wowed at the Sasaki workshop (ft. cat calendar) 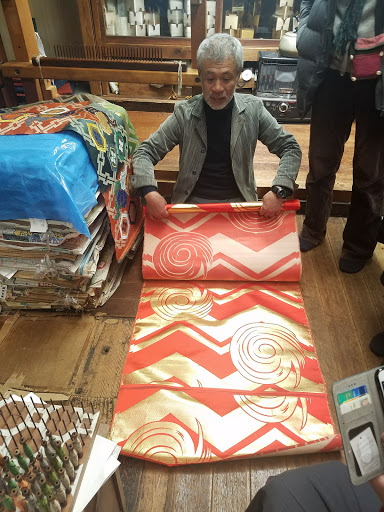 Sasaki-sensei with one of his textiles 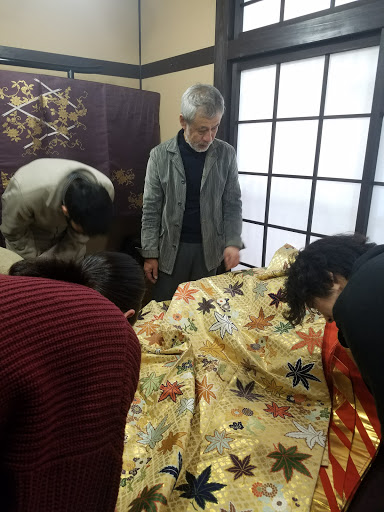 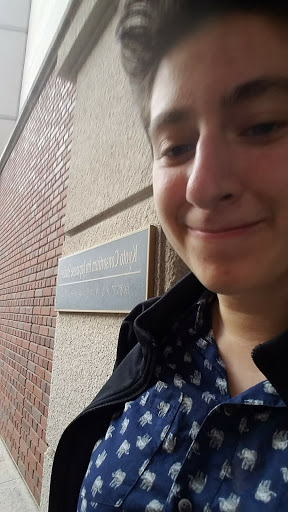 Happy to be back at KCJS!