Today we attended a lecture by Monica Bethe on Noh theatre, and then had the afternoon free. The Noh lecture was very engaging, and I think that the things that we learned, particularly about how to watch the dance, instrumental and narrative elements of Noh will come in extremely handy when we attend 6 hours of Noh theatre tomorrow.

One of the aspects of Noh that Professor Bethe spoke about was the structure of a Noh performance in terms of how the plays are categorized and chosen. There are 5 types of Noh play, Deity Noh, Warrior Noh, Women Noh, Miscellaneous real time Noh and Finale Noh (usually involving demons that need to be vanquished). They are always performed in that order, and at one point in history programs with all 5 types (plus a Kyogen comedy or two) would be performed in one day. Now even the more traditional performances (like the one we are seeing tomorrow) are limited to 3 Noh plus a Kyogen, though those three are still performed in their prescribed order. In terms of that order, though, Professor Bethe emphasized how the program starts with a celebratory exaltation of the supernatural, then turns to the realm of the human for three plays before coming back to the supernatural at the end, but in a slightly more ominous light, though the demons are usually vanquished.

While Noh has its roots at Shinto shrines, this structure struck me as having a distinctly Zen essence. To be more specific, the idea of the thin line between the human and the superhuman and the necessity of having and recognizing reminded me of some of the things that Kei-san spoke about yesterday regarding the necessity of understanding the self in order to understand things greater than the self. On the other hand, by having supernatural bookends, the entire performance serves as a reminder that there is something greater than day-to-day human experience and that whatever that is requires our attention.

In the afternoon, Franky, Tiffany, Breelyn, and I went to Nijo-jo, the castle which was the residence of many of the Tokugawa shoguns and has a fabulous garden, and then paid a visit to Nanzenji. After that, I had dinner with my host parents, which was really nice! It was good to see them. I also walked back and forth from their house along the Kamo river, and walking there at night brought back a lot of good memories. 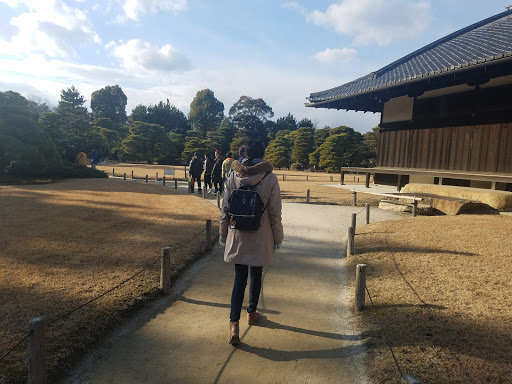 In the garden at Nijo-jo 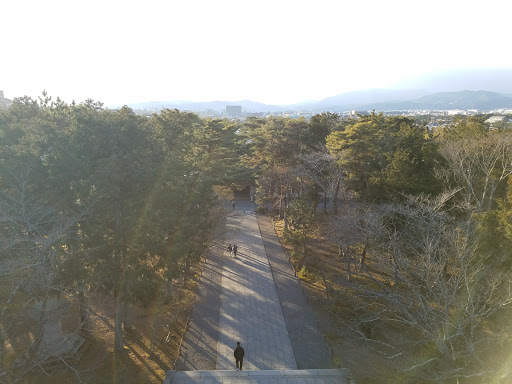 The view from the sanmon (large gate) at Nanzenji 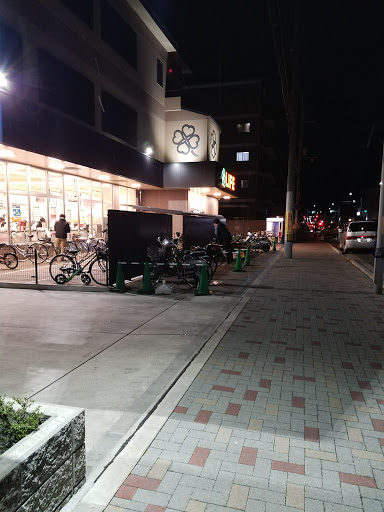 Made it back to the supermarket by my host house!

This entry was posted in kyoto-2018 and tagged noh, noh and noh performers, zen. Bookmark the permalink.