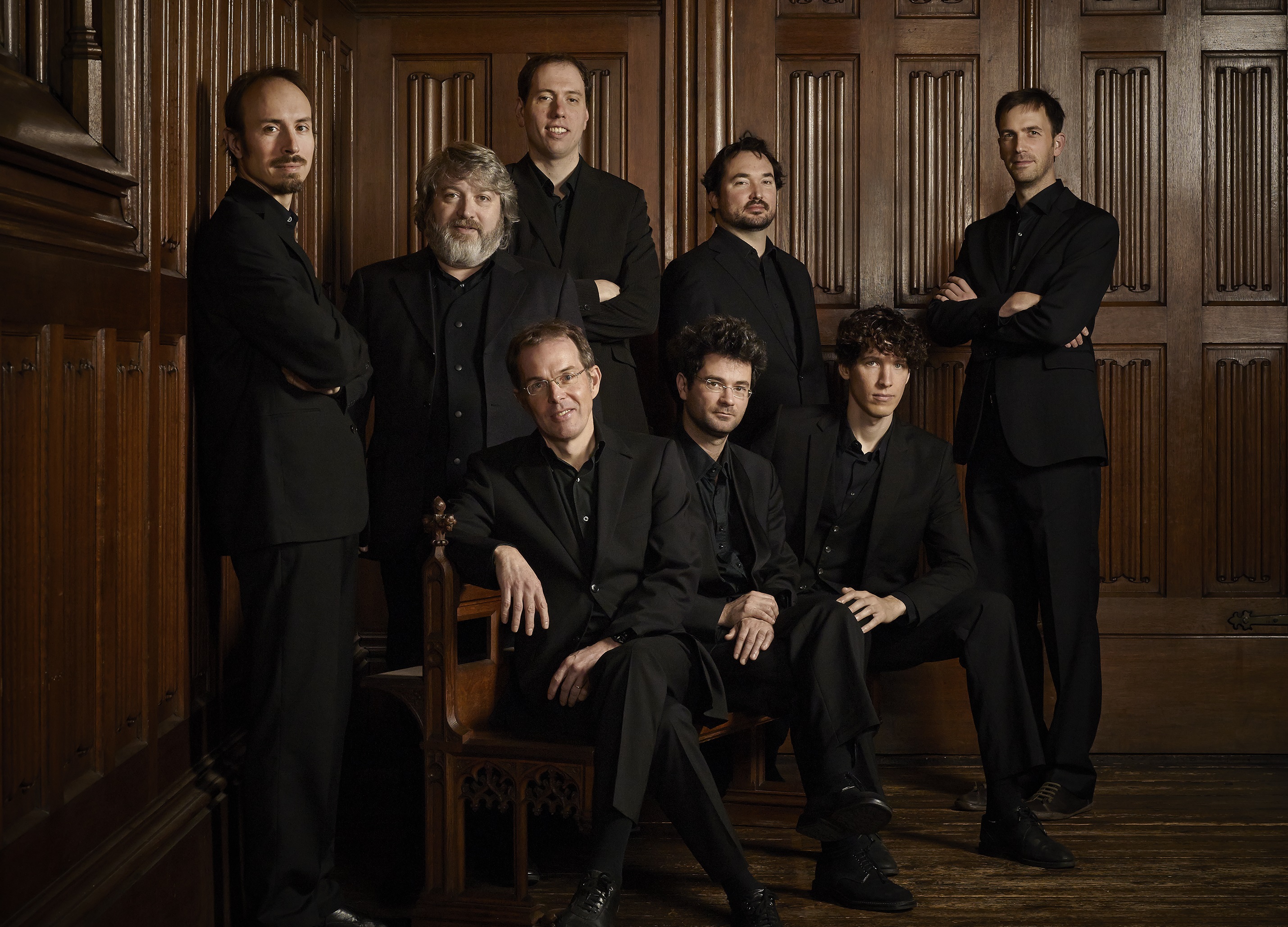 Founded in 1987, the Dutch-based ensemble Cappella Pratensis, now under the artistic direction of countertenor Stratton Bull, endeavors to perform 15th- and 16th-century polyphonyMusical texture consisting of two or more independent melodic lines, combined according to the practice of counterpoint with a deep understanding of the performance practice and musical context out of which the music first emerged. To that end, the group learns and performs both chant and polyphony from the original notation, reading from a single choirbook supported on a large central music stand just as singers did centuries ago. This approach allows the singers to explore and make audible the symbiosis between plainsong and polyphony as they sculpt the melodic contours and rhythmic shapes of individual lines.

Their programming too reflects a commitment to capturing essential aspects of this music’s original context. In both live and recorded performance collaborations with musicologist M. Jennifer Bloxam, Cappella Pratensis often aims to evoke ritual occasions of particular places and times. Building on the success of the DVD/CD featured on this website, Bull and Bloxam have subsequently collaborated on two more CD projects: Josquin Desprez • Missa Ave maris stella: Celebrating the Annunciation in Renaissance Rome (Challenge Classics CC72632, The Netherlands, 2014), and Pierre de la Rue • Missa Cum jocunditate: Visions of Joy / The Chapel of Hieronymus Bosch (Challenge Classics CC72710, The Netherlands, 2016).

Besides regular appearances at concert venues in the Netherlands and Belgium, Cappella Pratensis has performed at international festivals in Utrecht, Antwerp, Brussels, Ghent, Besançon, Berlin, and Porto. Tours have taken the group to Canada, Japan, and the United States, including such venues as The Cloisters and Music Before 1800 in New York City and the Institute of Sacred Music at Yale University. The ensemble also passes on insights into vocal polyphony and performance from original notation – both among professionals and amateurs – through masterclasses, multimedia presentations, institutional collaborations, annual summer courses in Antwerp, and training young singers within the group itself.