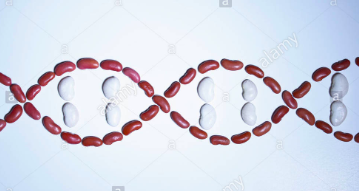 Today, we will cook something innate to our bones.
So deep in our knowing
Only those who know will see.
To me, it’s as simple as arroz e feijão.
There’s the rice and the beans
But the beans are black,

Just toss a small spoon of garlic, Eu falho.
And you respond – No.
No, no, no.
We need a teaspoon
Or a tablespoon.
And I tell you, yes,
I know this is hard to trust me.
But trust my mãe.
Mymãe told me that it’s a spoonful of garlic
Mamãe said it’s for both the arroz e o feijão.
You boil the beans straight from the goya can,
You fry the rice in another pan.
Then you add some salt to the rice, but not the beans,
because the beans come from a can and
we know that can has too much salt para presevar.
Then we add some water to the rice, and let water simmer down.
That’s it
We’re done
So simple.

But your eyes show me that you can’t read what I’m saying.
I’m using the same alphabet,
But something is lost in translation.
Whether it be four letters
Or a creation story with a snake,
To me it’s so obviously there.
I gave you my recipe,
The recipe of Mamãe and her mãe and her mãe.
But you won’t even look at it.
You put your recipe in my face.
You made me read it.

“Untranslatable into our logic for lack of corresponding concepts,” Chapter 6 in The Cosmic Serpent by Jeremy Narby

At a conference a couple of weeks ago, a speaker said, “Aren’t there things you simply know in the kitchen?” These last couple of weeks of not being on a meal plan here at school and cooking on my own, as I tried to explain to my friends, I learned cooking by watching and cooking with my mom seemed untranslatable. Yet, earlier, in his pursuit of understanding “hallucinogenic effects,” Narby states [Chapter 2]:

So here are people without electron microscopes who choose, among some 80,000 Amazonian plant species, the leaves of a bush containing a hallucinogenic brain hormone, which they combine with a vine containing substances that inactivate an enzyme of the digestive tract, which would otherwise block the hallucinogenic effect. And they do this to modify their consciousness. It is as if they knew about the molecular . properties of plants and the art combining them, when one asks them how they know these things, they say their knowledge comes directly from hallucinogenic plants.

This seemed related to how I understand cooking.

[Narby] grapples with understanding the Ashaninca’s ways of knowing. In my own artistic representation with the poetic cooking metaphor, I highlight how untranslatable these modes of knowing are. In his proposing of a shaman answering a question that “has not yet been found by science”  and then having it “empirically verified or disproven,” the core of the untranslatable essence of these understandings is lost.

Although, Narby believes that the “‘defocalized’ state” shamans enter provide them the ability to these further understandings into questions that science has not yet answered, the focus of having the answer “proven” by` scientist demonstrates the hierarchy of the type of knowledge. The shamans’ answers cannot be taken at its word. It needs some higher regard form of knowledge gatekeeper  to prove that what they say is true as deemed “verified” by science. Narby’s belief of the power of shamans’ “defocalized” understandings is diminished as he still needs this Western form of confirmation. Even if this type of confirmation does not allow for shamans’ conception into its measurements. So how could these two, a shaman answer with an empirical measurement by Western standards,  be actually compatible if the conceptions are not present in both languages?