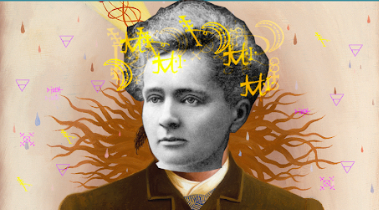 The Myth of Disenchantment

The Myth of Disenchantment

Paris, 1907. Marie Curie sat in the sumptuous chambers of an apartment on the
Boulevard Saint-Germain. As the lights were dimmed, the chemist joined hands with the
man sitting next to her, and together they watched the psychic medium across the table
begin to shake and mumble, speaking in a strangle low voice, overcome by the force of a
possessing spirit called “John King.” Eusapia Palladino, as the psychic was called, was
believed to be able to make objects move without touching them and to produce “visions
of lights and luminescent points, visions of hands or limbs, sometimes in the form of
black shadows, sometimes as phosphorescent.” Indeed, as Curie and others later
recounted, in that very seance, luminous points began to appear in the darkness, as if
crowning Eusapia’s head in a shimmering halo. Slowly, the medium extended her hands
and ran them through Marie Curies’ hair, passing on a glowing luminescence. It seemed
that the presence of unseen powers had been confirmed.

By all rights, Marie Curie should not have been there. She was in many respects a
paragon of the period’s scientific establishment, a hardheaded and critical thinker who
had made a number of stunning discoveries. The first woman to win a Nobel Prize, she is
one of the very few people in history to win it twice (physics and chemistry). Curie’s
presence at a spiritualist seance is a problem because a great many theorists have argued
that one of the things that most makes the modern world modern is the rejection of
animism– basically, that we have eliminated ghosts, demons, and spirits from the
contemporary worldview. While historians of spiritualism know different, it is likely
believed that modernizers like Curie had no truck with invisible forced. Most scholars,
therefore, would be surprised to learn that she was conjuring ghosts or studying
paranormal manifestations as part of her physics research.

Jeremy. “Galileo and the Case of the Ventilating Hearing Officer.” The IPKat, 25 Jan. 2011,
ipkitten.blogspot.com/2011/01/galileo-and-case-of-ventilating-hearing.html.