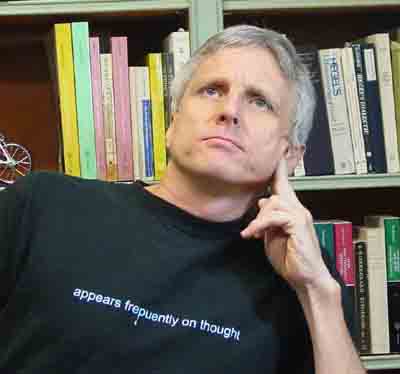 Doing my best here to “appear on thought,” perhaps frepuently.

Until 2003, my focus was on so-called continental philosophy; I published (among other things) Absolute Knowledge. Hegel and the Problem of Metaphysics (1983), Schelling. An Introduction to the System of Freedom (1983), and Within Nietzsche’s Labyrinth (1990). Since Fall 2003, I’ve been collaborating with Lorenz B. Puntel (Professor Emeritus, Munich) on a systematic philosophy he had been working on since the late 1970s. To date, the project has resulted in the publication of two books whose English versions are Structure and Being (2008) and Being and God (2011), both by Lorenz B. Puntel, both translated by and in collaboration with me. A third book, my Toward a Philosophical Theory of Everything. Contributions to the Structural-Systematic Philosophy , was published in 2014 (thanks to the title, it’s easy to refer to the book as TAPTOE). A review published in Choice in August 2014 describes it as “a critically important work for all those deeply interested in philosophical issues and their significance for basic human concerns,” notes that it includes an “incisive critique of theories of truth currently favored in analytic philosophy,” and adds that its “critiques of philosophical views on truth, knowledge, freedom, beauty, being, and God are carefully argued, and the discussions engage with current literature.” A Portuguese translation has been completed, and will soon be published in Brazil; a German translation is underway. In the academic year 2015-16, a seminar at London University focused on TAPTOE‘s rearticulation of being  (https://germanphilosophy.wordpress.com/thinking-being-2015-2016/) 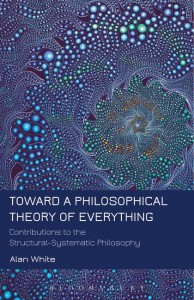 The image on the cover is from a painting by Williams Art Professor Barbara Takenaga; for obvious reasons, I am delighted that she allowed me to use it. Think how the book would look in your home or dorm room! Worth buying for the art alone!

Much-appreciated prepublication endorsements of TAPTOE (portions of which are included on the back cover) were provided by Professors Carlo Cellucci of La Sapienza University, Rome, Vincent Colapietro of Penn State University, Michael Baur of Fordham University, and John McCumber of UCLA. 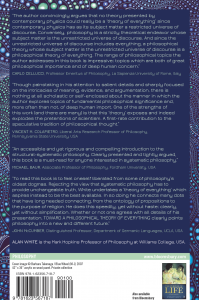