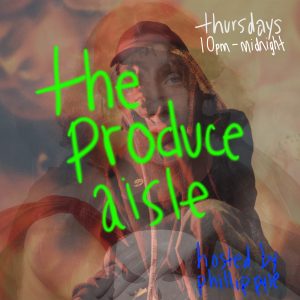 do you like exploring genius.com or wikipedia until you find yourself in another realm of music? if you like wormholes of this nature instead of the boring astronomical kind tune into the produce aisle. i’ll be focusing on a single producer each week, some notable (think james blake or pharrell williams) and some not so well known, albeit with as monumental of an impact on the fabric of contemporary music. each show will begin with a song under the producer’s own artist name then will meander down a path of tracks that they either produced, wrote, or contributed vocals for. this is your one-stop shop for all things inter-connected that will (hopefully) accrue to a point where each and every producer/episode connects to one another in an web of collaborations.