Featured Show – Taste All the Sauces, Mondays at 9pm 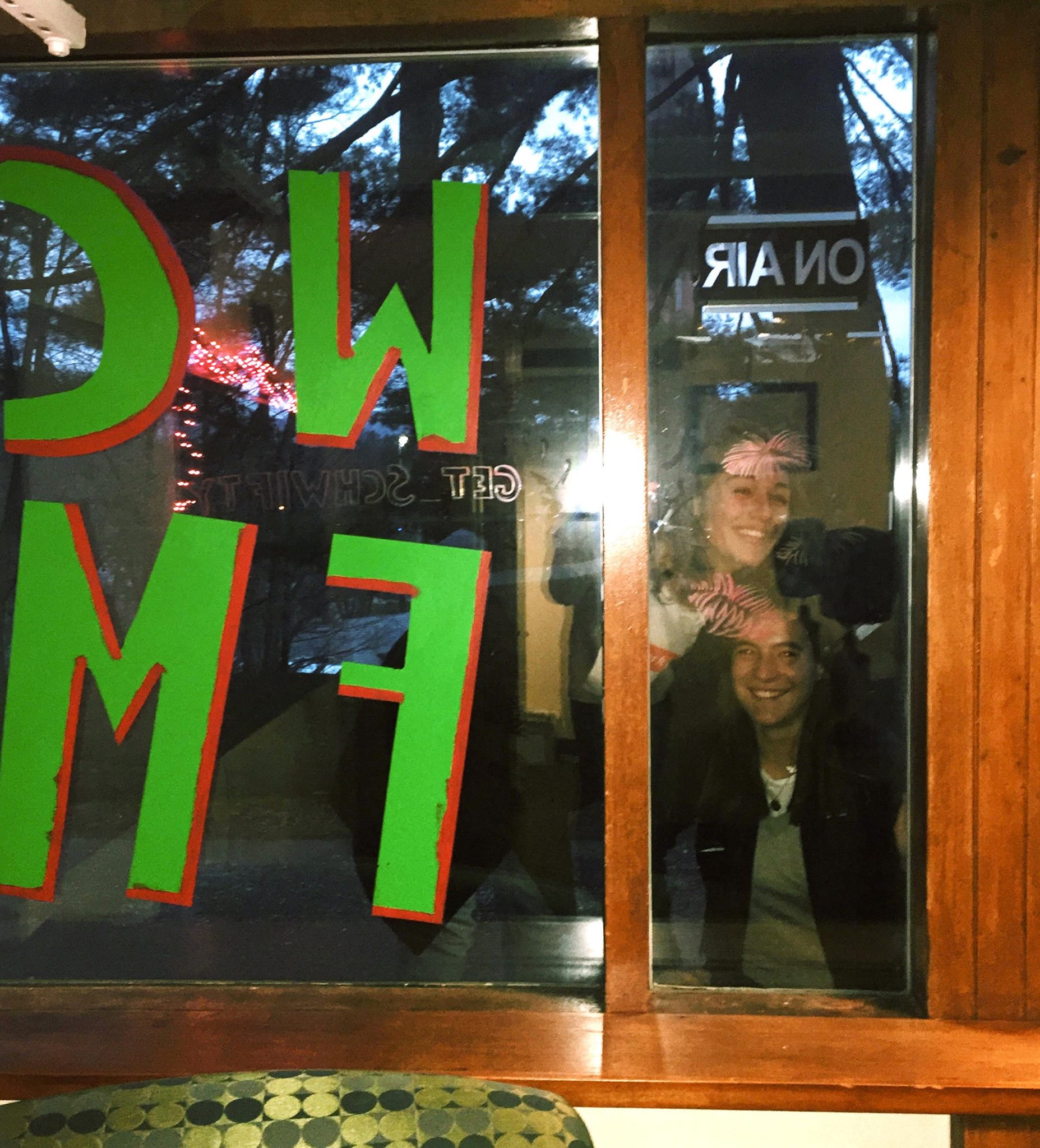 “I listened in and your show was really bad,” said big man on campus Danny Donahue last year when he listened to Emma and Caroline’s show, All the Sauces. The duo has since veered from their original gossip show format. “The public has spoken, we have to change,” Emma explains.

All the Sauces began as a kind of E! News for Williams College, with Emma and Caroline as our very own Kelly and Ryan, respectively. “On Sundays, we would just talk about what we did on Saturday night,” Emma reminisces. “But now we’re juniors.”
“Yeah, we’re so mature,” adds Caroline
“We’re not carefree sophomores.”
“We’re above the gossip now.”

Just like a fine wine or smoked gouda, the show has aged well. Now the duo spends their time scouring the alternative section of spotify to provide their fan base with a fine selection of all the s̶a̶u̶c̶e̶s̶ sounds. “Now we’re here for the ~music~,” Emma declares.

All the Sauces offers a charcuterie of soft R&B, alt, and oldschool rap. Lately they’ve been listening to Cosmo Pyke, Steve Lacy, The Weeknd (“but like the old Weeknd”), Tribe Called Quest and Snoop Dogg. The two also feature some femme fatales on their show. “Any lady voice over a retro guitar is something that we generally respond really well to. We’re like ‘Yas,

Cultural icons. Counter-culture phenoms. Subculture legends. The biggest thing at Williams since Doddrich started serving nutella peppermint matcha. In this exclusive exposé, we get to the bottom of the unprecedented success of the Soul Cycle, hosted by WCFM DJs Hannah Tager and Lev Gordon, ’20, every Tuesday night at 8pm. 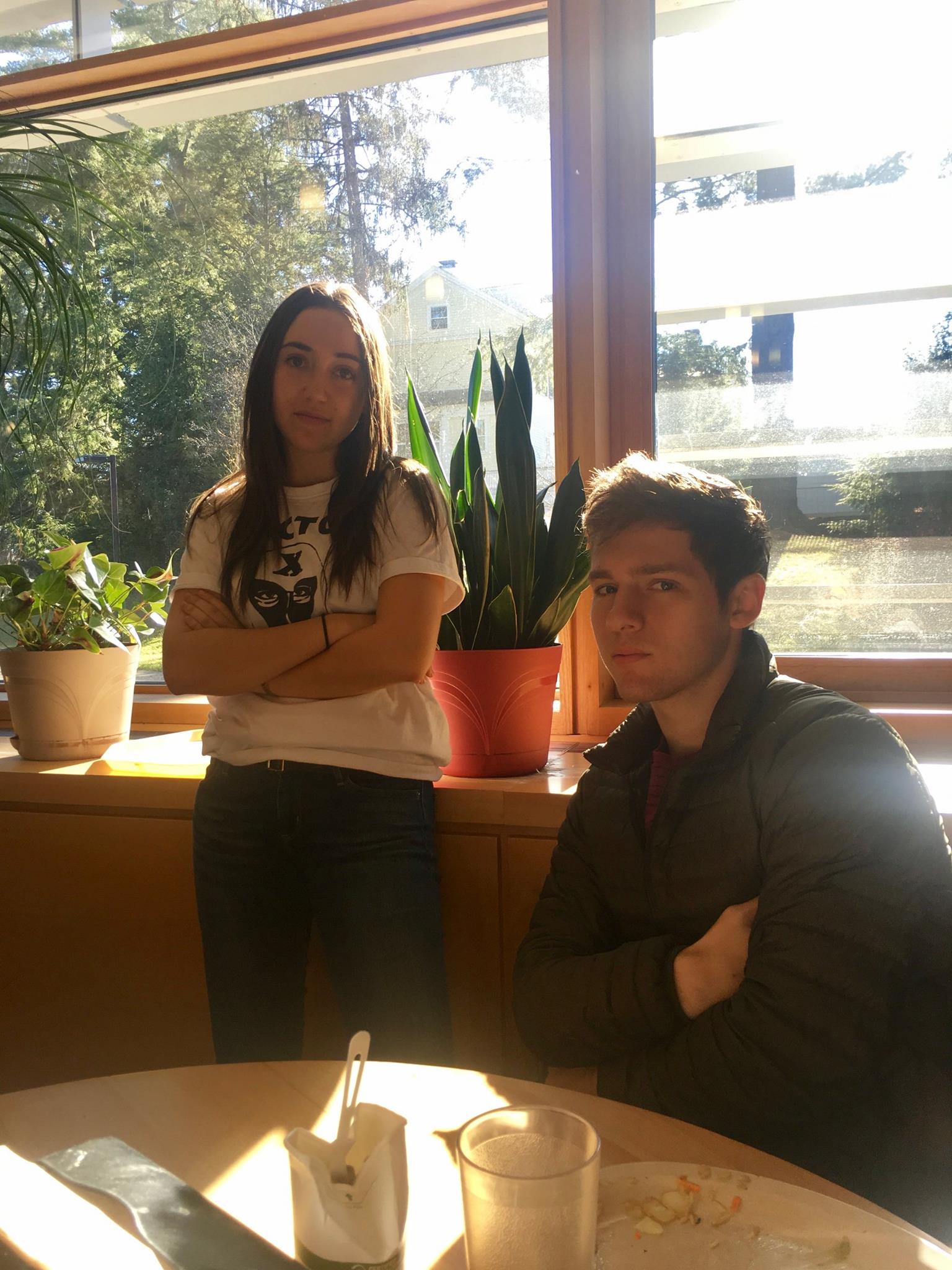 “We’re like the John and Yoko of our generation, per se,” Lev concedes.
“No, no, no—we’re the Virginia and Vita,” Hannah adds.
“Or, we’re like 22nd century versions of Simone de Beauvoir and Jean-Paul Sartre,” Lev replies.
“Hey, your words not mine,” Hannah counters, chuckling.

Tune in once to the Soul Cycle and you’ll know that Hannah and Lev are selling themselves short. Their post-ironic mafioso attitude is akin to that of Simon and Garfunkel, their musical mellifluence reminiscent of G-d and his harp-playing angels. The Soul Cycle, an avant-garde take on humility, morality, and musicality in the postmodern age, will pique your curiosity and saturate your psyche with harmony. Don’t ask what type of music you might expect to hear on the Soul Cycle; instead, plan on having the music better you as a human and as a hedonist.

“Imagine you’re out by grandfather’s pond, the woodpecker is pecking, the butterflies nibbling on your ears, and all of a sudden you look around and ask yourself, how do I get out of this circular snow globe that we call life? How did I get in it in the first place? What does my entrapment represent in a smaller context, and with motifs hitherto?” offers Lev.
“That’s the genre of music we play,” Hannah explains. “It’s like Lev said; imagine the DIY beats that one kid in your high school calc class that never took his headphones off made, but played in the employee kitchen in your local post office, and then paired with the Seinfeld laugh track.”
The Soul Cycle is a delivery of heightened humor paired with a sweet soul soundtrack. Lev and Hannah encourage calls from the fans, and oh, do the fans call.
“The people love us on Gale Rd.,” Hannah gushes. “Last year, I was attracting more of a petty bourgeois Water St. following, really not the vibe I wanted.”
“We’ve gotten a lot of calls from Ide Rd. this year. As a reluctant revolutionary Marxist, it’s satisfying to know we’re making some sort of change in the world,” Lev responds.

The Soul Cycle’s future is only looking bright from here. By 2031, the Soul Cycle is projected to reach six figures in listeners. It may seem hard to understand all of the pre-minimalist contemporary classical pre-pictorialist innuendos that Hannah and Lev emit so effortlessly, but after a few listens, you’ll get the hang of it. See if you can keep up with them – tune in on Tuesdays at 8pm.

Featured Show – For What It’s Worth, Tuesdays at 6PM 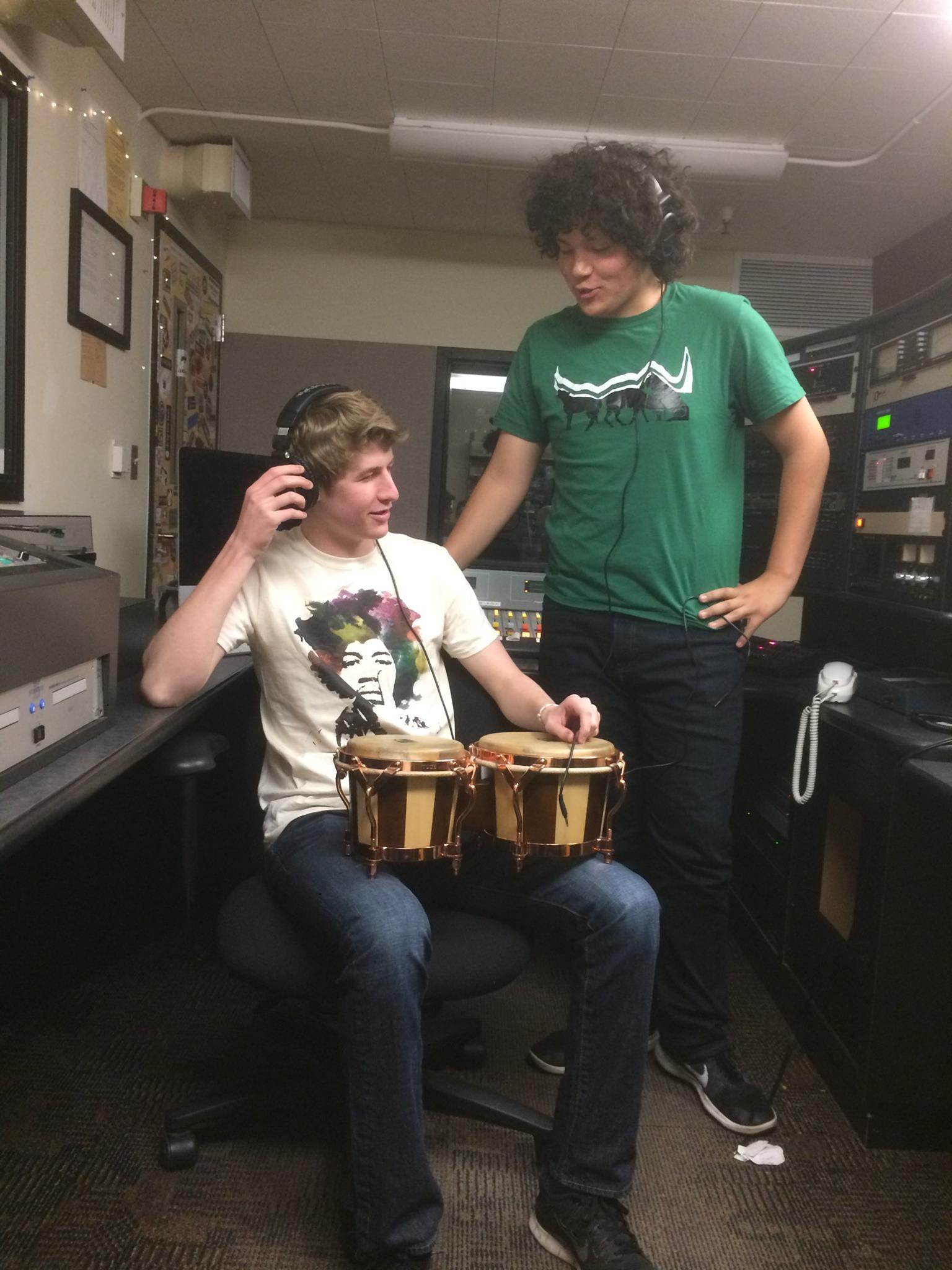 “YOU love that song?? I LOVE that song!” is a phrase often heard when Matt and Johnny jam out together or exchange songs. After meeting freshman fall and discovering a shared taste in classic rock, the two began casually playing music together in the hallowed halls of Mission. “I fiddle around with the guitar and Johnny plays the ukulele—we’re not great but we play,” Matt disclaims.
Johnny recounts, “Last year I’d take my ukulele to Matt’s room because Matt doesn’t like to leave his room with his guitar—”
“—it’s making a statement to carry a guitar around campus.”
The duo has now turned to playing music on the radio, featuring artists from the ‘60s, ‘70s, and 80’s on the show For What It’s Worth, a nod to the Buffalo Springfield song. They also partake in a fair amount of banter on their show, tossing around random topics, or what they call “meatballs.” Johnny explains that their content is “all fresh, no preservatives.” Most recently they’ve started a trivia segment. “We’re doing a trivia segment where we sound drums, and that signifies a trivia question,” Matt says, tapping on the bongos in the station. Their last question was “Who was known as the fifth Beatle?” Answer: “Pete Best, the drummer before Ringo.”*

For more oldies, listen to For What It’s Worth every Tuesday at 6pm on WCFM 91.9.
For more trivia, come to WCFM Trivia at the Log on November 30th at 8pm. Submit your questions here.
*Stuart Sutcliffe has also been dubbed the fifth Beatle, so trick question? 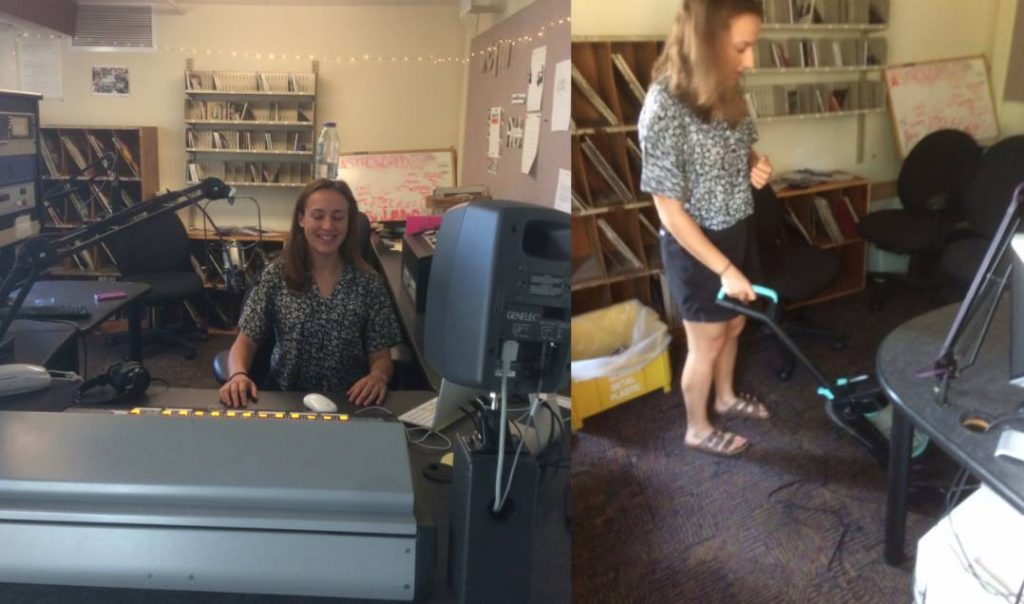 Like any good DJ, Natalie Wilkinson has an almost spiritual relationship with her radio show. She describes the studio as “a cocoon from the outside world,” and her DJ name came to her like an epiphany. “I had a dream, and Skooz came to me,” she explains. “I wrote it on my hand in the middle of the night in the dark—like ohmigod, Skooz, that’s what I want to be called.”

It comes as no surprise then that Natalie manages to incorporate poetry and literature into most of her shows. Yossarian Shrugged was Natalie’s first show’s name, a Catch 22 reference. On The Albatross hour, if not reading poetry out loud, then “I’ll usually overanalyze songs on air,” Natalie admits.

Natalie’s current show, The Albatross Hour, is a reference to a rarely-used metaphor that originated in The Rime of the Ancient Mariner, a poem by Samuel Taylor Coleridge. “The albatross is a sea bird, and the metaphor means it’s something that weighs you down and doesn’t get off your back,” Natalie explains. “The reason I chose it as the name is because my show is an hour to let go of the albatross hanging on your back.”