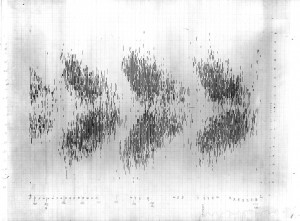 The original butterfly diagram drawn by W. Walter Maunder and Annie S. D. Maunder in 1904 has been on display for some time at the High Altitude Observatory in Colorado.

The latest values of the solar constant as measured by the VIRGO experiment on SOHO, along with past measurements from several spacecraft, are available online here from the World Radiation Center in Davos, Switzerland. Or, as measured by NASA’s ACRIM3 experiment on ACRIMsat, here.

And if you want to see if it’s clear on Mt. Wilson, check the towercam on the 150-foot tower observatoryhere.

Daily images include a filtergram, dopplergram, velocity map, and magnetogram in the chromospheric sodium D-line region of the solar atmosphere. All GIF images can be viewed at 256×256, 512×512, and 1024×1024 pixel resolution. The original 1024×1024 fits images, from which the gif images are processed, are also included.

Past images can be searched for here.

The 60′ Tower continues to acquire two 1024×1024 pixel filtergrams each minute for up to 12 hours per day. From each pair of filtergrams a full- disk dopplergram is computed later. Plots of daily hours of filtergram observations, lists of temporal coverage of computed dopplergrams, and lists of temporal coverage of multi-day time series and power spectra will be provided online in the near future.

Translate site to Another language