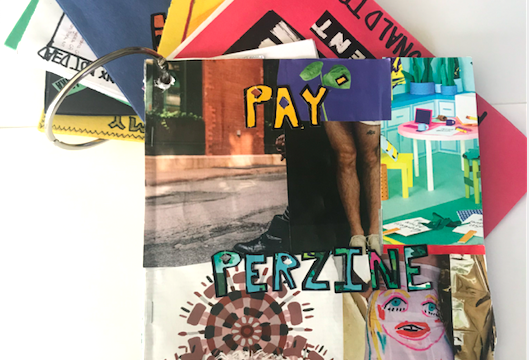 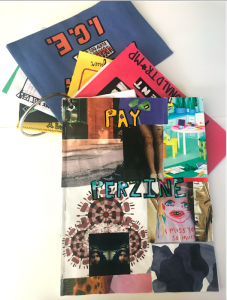 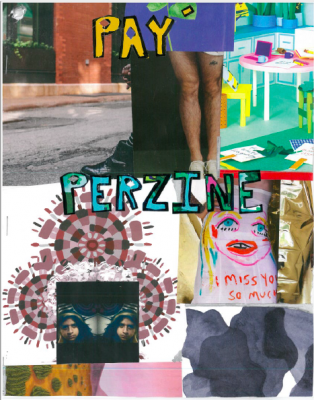 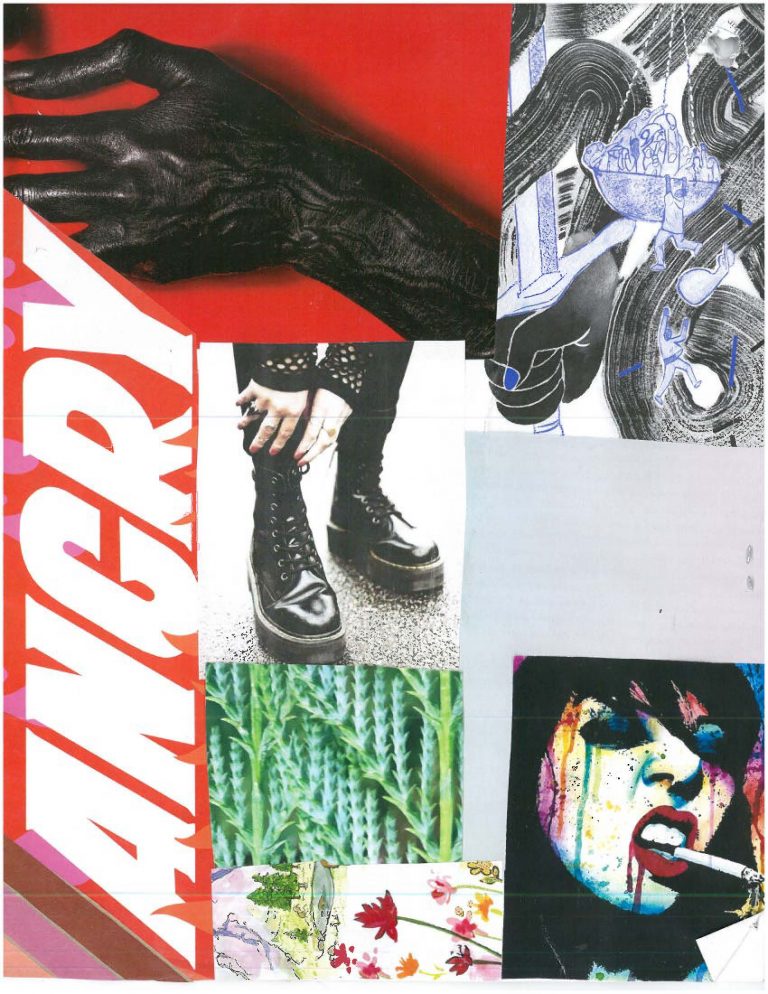 I am alive in everything I’ve touched and everything I’ve touched is alive in me. Memories and experiences shape a person into who they are today. I chose to best represent many of my life experiences in the form of a collection of ‘perzines,’ or personal zines. In total, there are 12 zines, including this one you are currently reading, which serves as the guidelines/directory for the collection.

What is a zine and why did I choose [this] artistic form? In simplest terms, zines are “Do It Yourself” [D.I.Y.] magazines that emerged in the 60s and [were] popularized in the 70s as a part of the growing subcultures of Punk, Hip-Hop, and more. Punk is a lifestyle and musical genre rooted in working class experiences hence the adoption of many D.I.Y. projects since its inception. Zines are usually made as a creative outlet and can act as a source for writing, photography, and collaging. They also served as ads for shows, new music, album-reviews, interviews, politics, and much more.

As the youngest child in a family of eight kids, I was bound to be influenced by my siblings and their interests. Several, if not all of them, grew up under the influence of the punk scene of the 90s and 2000s. I can vividly recreate memories of my brothers listening to all kinds of punk music while wearing tom jeans, bullet belts, tattered shirts, and their dyed hair in liberty spikes or a mohawk. Although I never fully embraced these fashion choices and hairstyles at this age, I began listening to the same musical styles. Eventually, punk became more than just the. music for me. In high school, I discovered zine-making as a pastime with friends. Making zines has always been a way to express myself. It was a way that a group of friends could hang out and spend hours on end making our own stories.

In order to fulfill my desires as an artist and student, I wanted my project to accurately represent who I am and what I am interested in. As a result, I decided to take on the zine form and more specifically, a perzine. While most, if not all, zines are personal works, perzines highlight personal interests, opinions, and stories.

My family has always lived and been a part of predominantly Latinx communities in every aspect of life. Coming to the White space that is Williams College has forced me to question my identity and tone down who I am and what I believe in. Making zines, however, is one way by which I have been allowed to hold onto my identity. This project would be dishonest to myself if it was in any other form or platform. Within this collection of perzines, you will find some of my life lessons, stories, and interests in various forms including photo-essays, graphic narratives, and collages. In the future, I hope to continue working with zines and creating new stories using some of the tools I learned about this semester such as [photo essays], ComicLife [software], and using images as text.

My preliminary idea for this project was to make type of “guide to punk” in a collection of several zines. This, of course, would have been a unique guide based on my introduction and experiences with the punk subculture. I wrestled with a number of possible ideas for this guide, but ultimately decided that my personal guide would not be satisfactory. Instead, I decided to work on this project with an autobiographical [lens]. I’d tell significant events in my life story through a collection of zines, as opposed to writing a full-length autobiography. As a result, this collection covers a wide variety of themes, including music,  gender and sexuality, mental health, immigration, politics, fashion, travel, and more.

In most of my zine-making experiences, I have always generally followed some “rules,” [which I also adhered to] when beginning to work on this collection. First, I exclusively worked with cutouts from magazines and other written works. For the sake of not being wasteful, I never considered editing, Photoshopping, or printing my own materials. Additionally, each of my zines had [to be] purely a collage of a random topic. I tended not to edit or write my own stories or poems. Unfortunately, strictly following these guidelines [proved] to be a creative challenge, and I did not think it possible to tell the story I wanted to if I followed them. For one thing, the collection of magazines at my disposal here at [Williams College] is much smaller than what I have had available in the past. Additionally, I wanted to incorporate some of the other projects and assignments I had worked on for class throughout the semester. Most of these assignments had been done on ComicLife and other digital platforms. Realistically, printing them out and working with them by hand afterwards was the best option. As a result, this collection of perzines is made with several different source materials, including: cutouts from a ton of different magazines, hand-drawn and written narratives, printed original photographs, edited and photoshopped images, printed text, a printed original graphic narrative, and plenty of printed song lyrics that were edited using various stylized punk fonts.

There were plenty of other key stylistic choices I made when working with this project. Four of the zines were designed with the intent to mimic a handful of social media platforms and applications I frequently visit, including Instagram, Tumblr, Spotify, and Pinterest. These social media sites have all served as platforms for me to meet new friends, as well as a way to learn about new punk, activist, or social events. They were also just a way to share my interests. Additionally, one of the zines follows a “Tour” of some of the major Punk concerts, festivals, and gigs I have attended.

Last, Chris Ware’s Building Stories, which I first encountered at the beginning of the semester, served as a huge inspiration with regards to making this a collection many different zines. Ware’s graphic novel comes in an unconventional format with 14 different works in the forms of newspapers, comic strips, flipbooks, and more. It is a story that can be read in any order which is something I attempted to recreate in my perzine collection. Inspired by this unique format, I wanted my collection to come in various colors, sizes, and styles. Instead of using a box like Ware, my collection fit perfectly on a 3-inch diameter loose book ring.

Working on this collection over the last semester has proven to be such an adventure.· Initially, some of these zines began assignments for the course and were later edited and included in the collection. As for the rest of them, several hours per day for about a week straight went into completing this project. Tune was spent rummaging through 30+ old magazines, editing and photoshopping a ton of images, cutting and gluing hundreds of tiny strips of text and images, and so many more little details, At times, I regretted my decision to work with zines as a project for class. Zines have typically been something done purely for joy. Working on them for hours on end exhausted me as well as my creativity. However, I knew it would be worth it once I finished the vision I had of an autobiography of significant events and interests in my life.

Although this collection is being submitted as a project for a course, I do not think this collection will ever truly be complete. As I continue to grow, learn, and experience new things, so will the Payán Perzine. As far as I can tell, zine-making will continue to be a side-project or hobby of mine. Additionally, I am in the early stages of creating and publishing a new personal blog where I plan on sharing my works including writing, photography and zines.

(in no particular order) 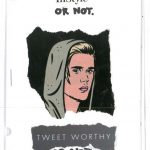 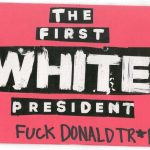 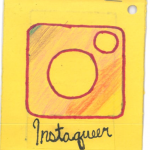 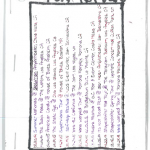 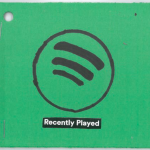 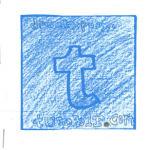 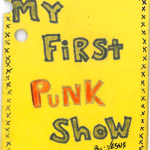 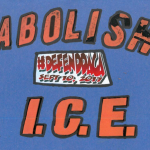 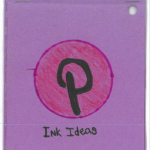 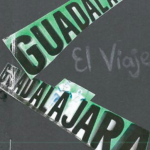 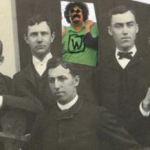 (in no particular order)