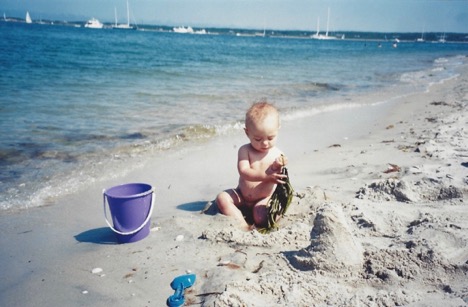 The Distance Between Us

The Distance Between Us

A purple plastic pail, a line that splits the ocean and the land. Little fingers grasping at slippery seaweed. White boats along the horizon. Staring at this photograph, I do not know where to begin. I am trying to find myself in this small body, planted firmly on the sand, absorbed in her own imaginings: the entire world fits in her hands. I am straining to feel the sand on her skin, the slime on her palms, smell the salty air. To know what she is thinking. But the distance between is stretches wide, gaping.

How can I look at the naked body on the sand and recognize myself? How do I connect the dots between her wonderings and mine? I have no memory of being her. But she is me.

And so I am thinking about the rift between photography and memory. These two ways of measuring the passing of time. How else would I know what I have been if not for both? Is one more real than the other? What makes something real? Trying to reconstruct the past is a project of imagining, fitting the pieces together. Trying to rebuild a memory, a story, a life, from the scattered words and images clutched in my young grasp.

I saw: Budapest burning:
around a people’s head
before its fall, a glowing
wreath of fire; war; war dead.

I saw – as if someone else –
amid wild briarbush
of exploding shell, a corpse,
a nightmare carcass, crushed.

There was moonlight that morning,
six o’clock, New Year’s day;
the housewreck I was standing
on, at dawn, turned grey.

Like Moses’ bushes, burning,
each shell, with rapid shriek,
burst, screaming something –
God or Fate tried to speak.

In the icy snow of the street
I saw a human head,
a bas-relief trampled flat
by some inhuman tread.

I saw a baby, still blind,
close to its dead mother:
not milk to suck but blood,
blood not wool for cover.

The baby raised its bloody face
and cried out to the dead.
His mother was –, this very place;
himself – the years ahead. 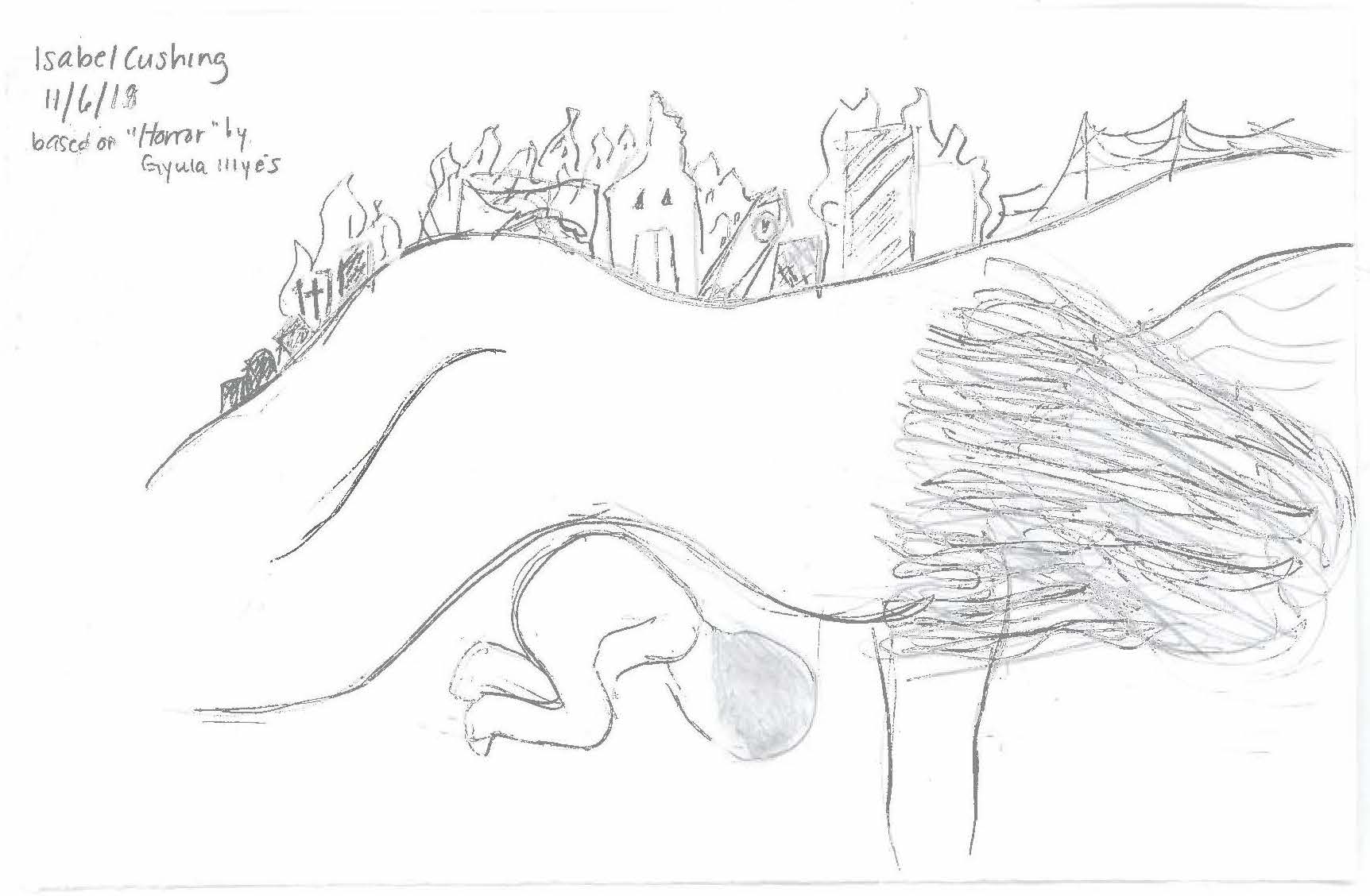