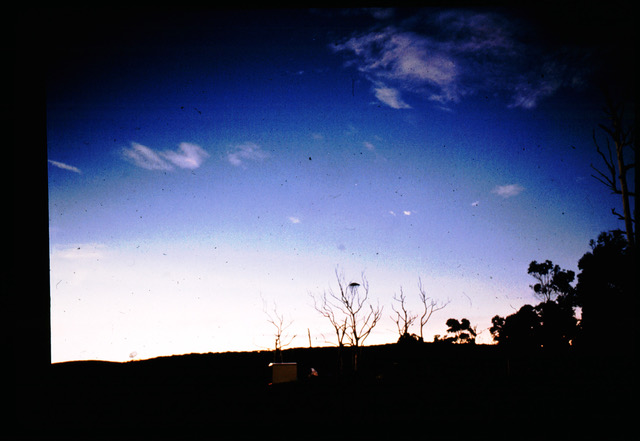 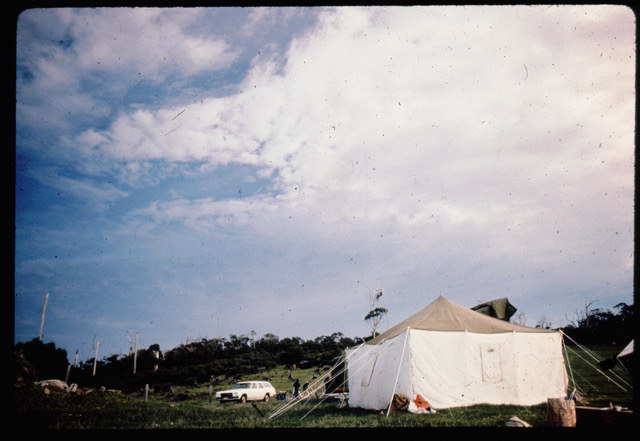 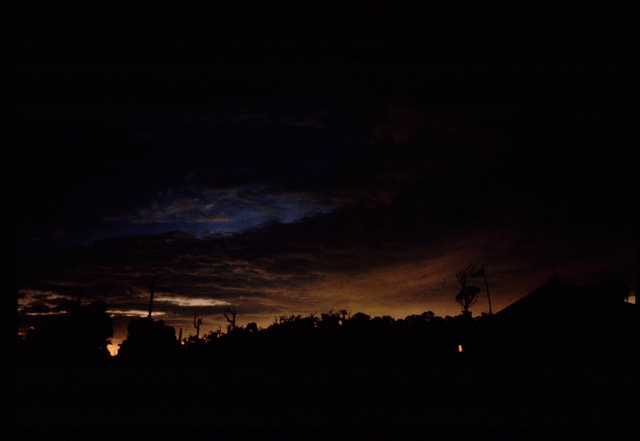 Photos by Steve Edberg (then an undergraduate at U California, Santa Cruz; now emeritus from JPL)

Here are three pics of the horizon, the Aussie tent before and during totality and the distant ocean horizon and (at least one) star during totality. I think, with additional digging, I could find and copy to digital more images of the site. (I’m concerned that the slides may have color-drifted pink over the 46+ years since we were there.)

We set up on some grassy, rolling hills (near the top of one of them). I definitely saw stars in the gap between ocean and cloud deck, to the south, even though the slide does not show them as distinctly. I checked an atlas and determined they were the Southern Cross. The cloud deck was opaque, wiping out the view of the eclipse, itself.