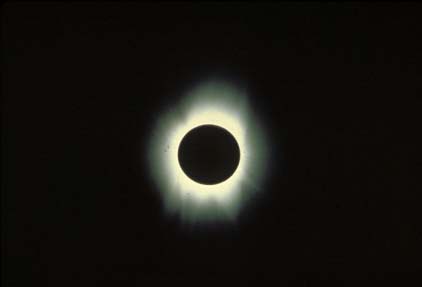 For the 1973 total solar eclipse in Africa, I (JMP) went with the National Science Foundation team to Kenya, leaving Menzel with the EEI (Educational Expeditions International) team and National Geographic support, and our student Don Cooke ’75, to Mauritania:

It’s fun hearing him counting in this African ’73 Eclipse video on YouTube.

I was also in Costa Rica!

He told us lots of imaginary stories when we were little about the future, computers, and pushing buttons! He would have loved the technology we have today!

Also, Google “Concorde 1973 eclipse” for YouTube videos of that flight for 74 minutes of totality

translation: Racing the Moon’s Shadow with Concorde 001, 2015 – Click here to navigate to the Amazon page

See https://www.youtube.com/watch?v=kDIMMUicviM for the Concorde

Links
Pasachoff article about the 1970 reconnoitering expedition
cover for above

‘Work’ Review: Foraging for the Good LifeIf the inventions of the technological age save us labor, why do we work more than our ancestors?By Adam Kuper, Wall Street JournalMarch 19, 2021 10:38 am ET

“In the 1950s and 1960s, it was still possible to study Kalahari Bushmen groups that lived largely by foraging. A retired American engineer, Laurence Marshall, who participated in the development of radar and pioneered the microwave oven, made eight expeditions with his family to remote Ju/’hoan communities in Namibia. His wife, Lorna, and his daughter, Elizabeth, carried out ethnographic studies. His son, John, made a classic film of Bushman hunters. Their research documented an extraordinary ethic of egalitarianism and sharing. Bushman bands had no permanent leaders. People moved in and out of the local band as it suited them. But it was imperative to get along with the neighbors. “The worst thing is not giving presents,” one informant told Lorna Marshall. “We give to one another always. We give what we have. This is the way we live together.””
Mr. Marshall was a friend of Prof. Menzel’s, and came with Menzel and me to Mali in August 1970, reconnoitering ahead of the 1973 total solar eclipse.  We went at least to Bamako, Mopti, and Agadez—where he advised on how to take gerrycans of gas when we were driven into the desert 100 miles or so to the north—though this trip convinced us that we could NOT supply an eclipse expedition for the 7 m 4 s of totality that was to occur there.
Video Clips
(transferred from 16mm film footage shot by Stuart N. Vogel)
Fast-motion video, camera A, Quicktime format, 38 sec.
Fast-motion video, camera B, Quicktime format, 38 sec.Funding
This expedition was supported by the National Science Foundation and the National Geographic Society.